LITITZ BOROUGH - The LBPD hosted its annual achievements and recognitions ceremony on Sunday, December 4, 2022. The following LBPD members were recognized for service that occurred during 2022:

The Lititz Borough Police Department uses length of service awards to recognize members who have served an appreciated amount of time with the organization. This is a way to acknowledge service, as a symbol of continuity and organizational memory. By virtue of longevity, service contributes to the agency's positive culture and environment, so it is important to recognize contributed contributions.

This award is presented to Carolyn Sensenig for ten years of service, from 2012 to 2022. 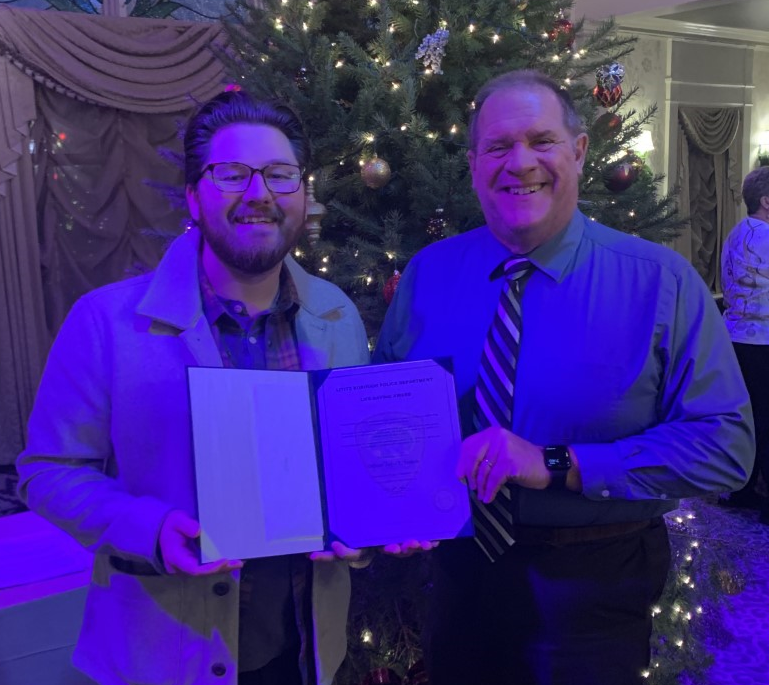 The Lititz Borough Police Department has systems in place to recognize outstanding performance of agency members. This award is being presented in recognition and appreciation of outstanding police performance, in the saving of a human life. This officer's actions exemplify the mission and values of the Lititz Borough Police Department and reflect upon his professional competence and commitment.

On July 9, 2022, Officer John Stritch responded to a vehicle crash. The driver of the vehicle was reported to be unconscious and not responding after crashing into a parked vehicle. Upon his arrival, Officer Stritch immediately administered life-saving efforts without hesitation. Officer Stritch assessed the driver and determined he was not breathing. Realizing the severity of the situation, and recognizing the presenting medical emergency, likely an opiate overdose, Officer Stritch immediately administered narcan to the unconscious driver. Additionally, Officer Stritch coordinated EMS arrival and assisted moving the driver's body onto a stretcher. In response to the narcan, the driver regained consciousness and the ability to breath on his own. Pre-hospital EMS responders stated that but for Officer Stritch's timely narcan administration, the drug overdose would likely have been fatal. Officer Stritch showed decisiveness in a tense, uncertain and rapidly evolving situation that called for a split-second decisions with a life in the balance, and ultimately saved that driver's life. 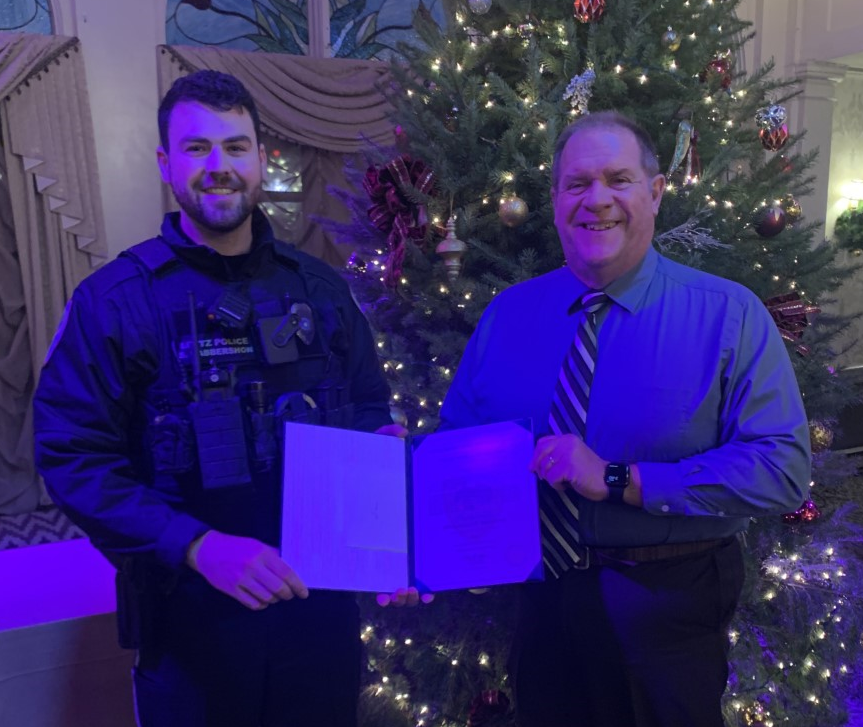 The Lititz Borough Police Department has systems in place to recognize exceptional performance by its members, to include a recognition as the police officer of the year. This recipient is selected by his or her peer officers, which adds an extra layer of prestige. This award recognizes outstanding achievement and performance in law enforcement and is presented to an officer who has exceeded the duty requirements of their position by demonstrating a distinct pattern of community service and/or professional achievement. These achievements reflect well on the officer's personal and professional commitment to the Borough of Lititz and the Lititz Borough Police Department.

This year's officer of the year has shown great dedication and commitment. He has contributed continued efforts towards maintaining safe and adequate staffing levels by voluntarily working extra patrol shifts during times of scheduling challenges. This officer has maintained a continued and appreciated level of positivity and professional conduct which represents himself well to the agency and the community. This includes outreach to newer patrol officers, offering guidance and advice as they transition into their new job and agency. Officer Habbershon played an important role in welcoming these new officers into the agency and cultivating the next generation of LBPD officers.

While these members received formal recognition for their outstanding efforts, the LBPD appreciates the continued contribution of time, effort and talent that our officers provide to the Lititz community each and every day of the year. 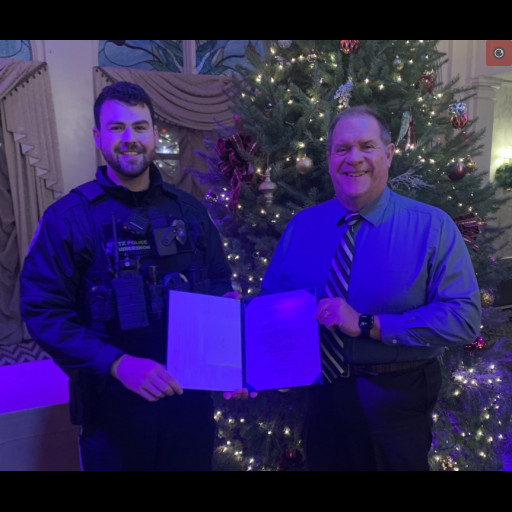 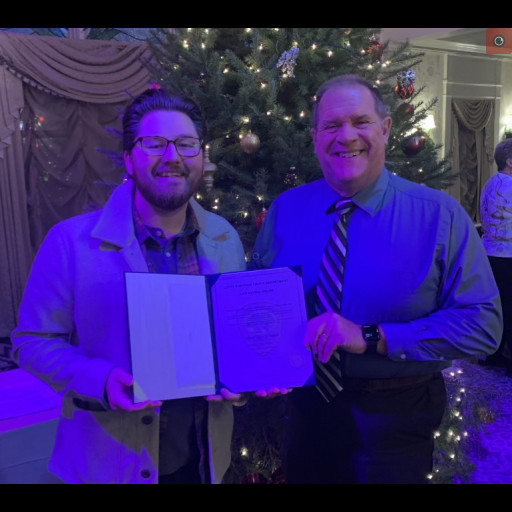