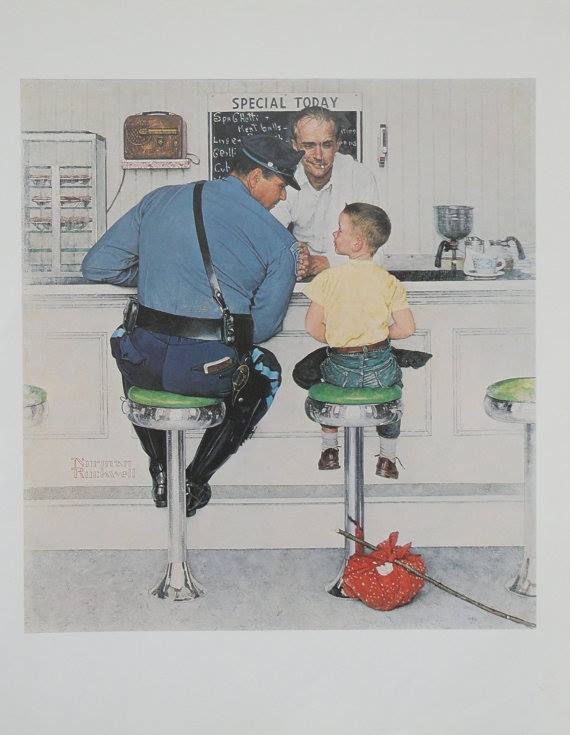 In all probability the first paid full-time police officer in the Borough of Lititz was Henry "Billie" Greek.  His uniform would have consisted of a cap, badge, and a billy-club.  He served the Borough in the late 1800s and into the early 1900s.  At around the same time, "Reddy" Deer held the office of "Justice of the Peace" with offices on the second floor of a building which was located at the present driveway of the Farmer's First Bank.  Allen Hacker, a Civil War veteran, was perhaps one of the first elected Constables, but at the time the office had a minimal authority.

The first jail of any consequence was comprised of a one-story, two-cell brick building located on the South side of Lock-Up Alley, now known as East Lockup Lane, at the position of the present parking lot of the First Church of God.  The building was about 12' by 12' and was deprived of modern day conveniences.  The building was heated by a small cannon stove.  The locks and bars were loosely constructed and on occasions, a prisoner with some skill and dexterity could maneuver a break-out.  The Borough building was completed in 1917 and detention cell were placed in the 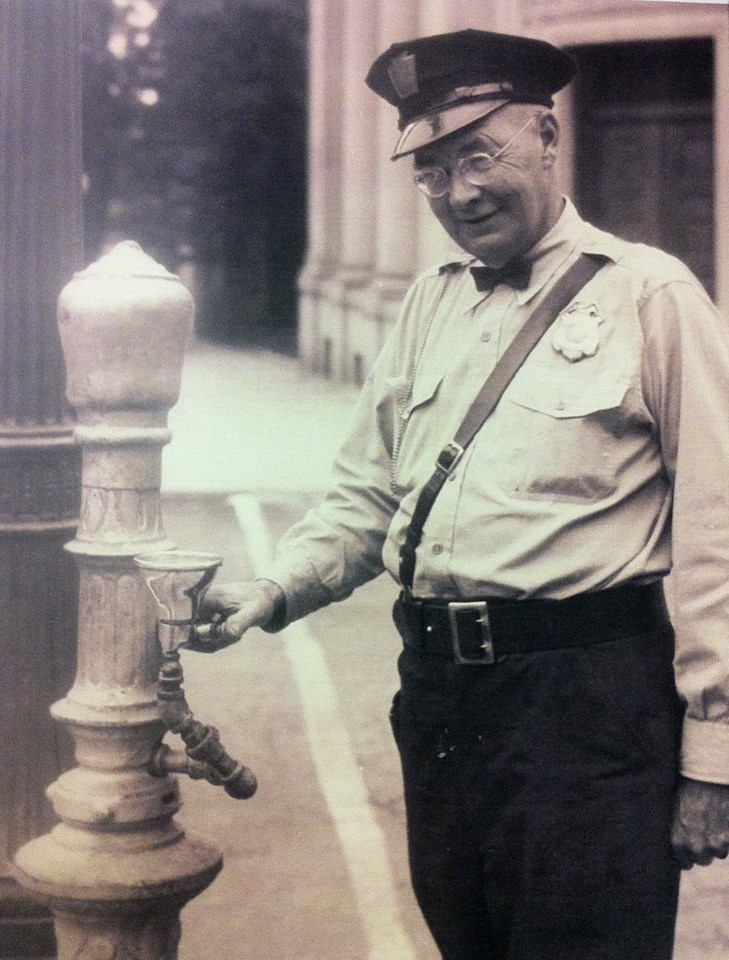 basement.  The cells are still used today even though the building has undergone some changes.

Approximately in 1915, Clarence R. "Bosser" Kreider was employed as a part-time Nightwatchman.  Perhaps the greatest catastrophe of its time in Lititz was the midnight break-in and robbery of the Lititz Post Office, which was then situated on the present site of the Farmer's Bank.  During the "cracking of the safe", the burglars tied Officer Kreider to a pole and then walked him to east of Lititz.  These burglars have never been apprehended.

When Officer Henry Greek died,  Clarence Kreider was appointed Chief of Police (pictured left: Throwback Thursday to 1932, Chief Clarence "Boss" Kreider takes a break from walking the beat to grab a drink of water and pose for a picture at the Square. The water fountain the Chief is using is still there today.) Jacob Singley, a blacksmith by trade, and an elected Constable, then served as a part-time Nightwatchman. 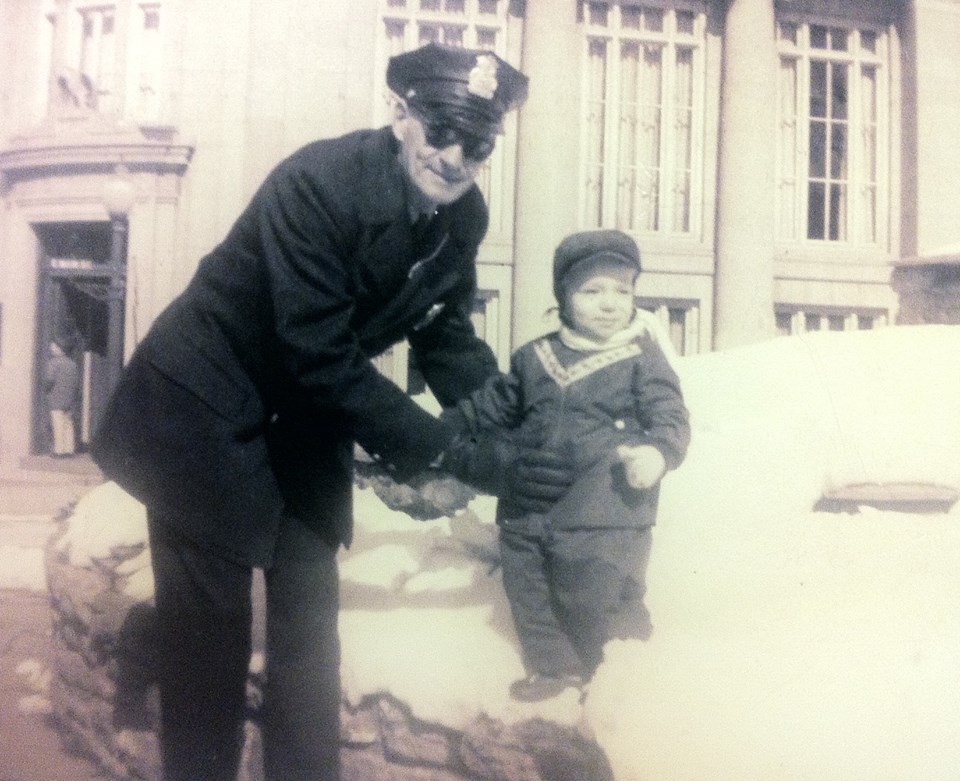 Chief Hicks was succeeded by James S. Fritz and in 1994; Douglas A. Shertzer became the Chief of Police. Chief Shertzer served as Police Chief until May 11, 2004, when he was killed on duty in a motorcycle accident.

Upon Cheif Seace's retirement, Lititz Borough Council selected Sergeant Kerry D. Nye to be the next Chief of Police.  Chief Nye was sworn in as the Chief of Police on May 31st, 2016 and his Official first day as Chief was June 11th, 2016.

Information on the history of Lititz taken from an essay written by then Mayor Raymond S. Reedy in October 1977.