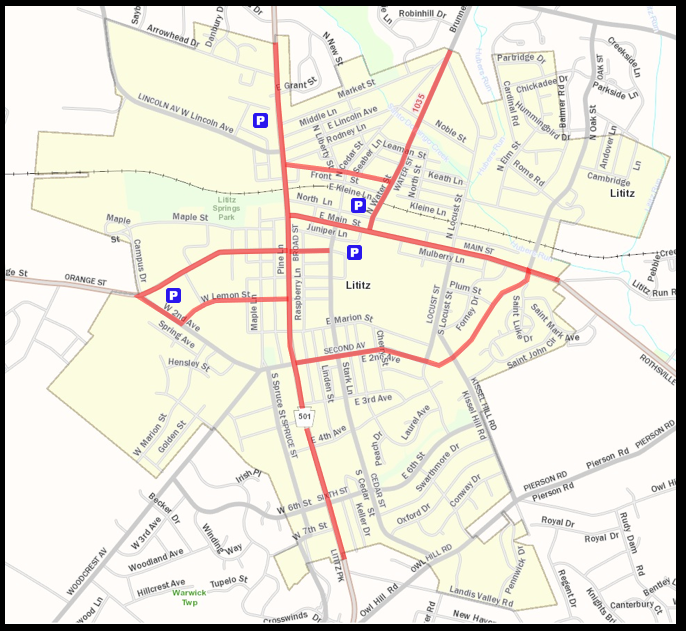 During a Snow Emergency declared by the Lititz Borough Mayor, cars parked along these designated snow emergency routes must be moved within 6 hours of the declaration:

The following parking lots will be available for public parking: