The DUI Council of Lancaster County is proud to announce the unveiling of a billboard in Lancaster County created by the group, Leaders of Future Generations.  This group, which is affiliated with Compass Mark, has now created three billboards for the council.  April, which is Alcohol Awareness Month, is an important time to teach teens about the importance of waiting until they are 21 to drink alcohol.  Although drinking and driving is not a problem for teens in Lancaster County, the use of alcohol and drugs has risen with the recent pandemic.

These peer leaders who encourage their friends to make good decisions and help them when they fall into situations have chosen to try to make a difference in their Lancaster County community.  This year’s billboard uses a great message of “Put Alcohol on the Sidelines”, which should resonate with all students.  “We all want to be part of something.  Whether it be sports, musical groups, clubs, and if we let alcohol get in the way, our dreams could be shattered.  This group of teens has taken the wheel in creating a billboard that shows the importance of abstinence from alcohol and a great use of peer-to-peer education which has been proven to change the mindset of teens simply because another teen created that message,” explains, Tracy Linn, Coordinator of the DUI Council of Lancaster County.

This year’s billboard will be at 1350 Manheim Pike, Lancaster, PA 17601 from 3/29/21 through 4/25/21.  The student mentors that created this billboard are: Keegan Kavanaugh, Danny Lester, Alex McCloud, Braedon Martinez, Norah Martin, Molly O'Shea, and Paige Laurence.  On Wednesday, April 7, 2021 at 5:45pm, the group met at the billboard location with the students for a media event.  The student creators were on site to answer questions about their billboard design.  Also present was Officer Natalie Littlehale of Manheim Township Police Department, Terry Trego with Senator Scott Martin's office, and their advisors, Matt Weaver, Ashley Denlinger, and Vanessa Mendez, all from Compass Mark.

This billboard design is made possible by a grant from the Lancaster County Drug and Alcohol Commission. 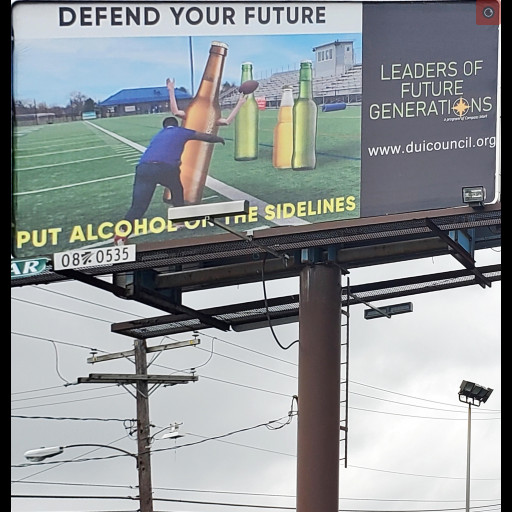 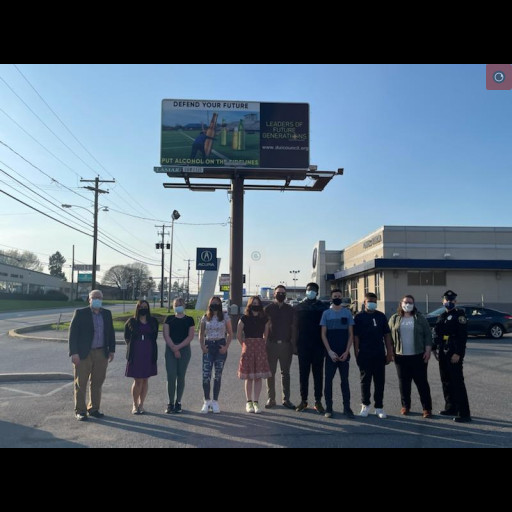