On Monday, May 9, 2022, Chief Rudzinski of the Manheim Township Police Department presented the 2021 annual department awards during the Manheim Township Board of Commissioners’ meeting at the Manheim Township Public Library. The awards, given to both sworn officers and civilian employees of the police department, recognize those individuals who perform exemplary work for both the police department and the Township of Manheim.  Each year we attempt to present these awards as National Police Week approaches.  Chief Rudzinski said “Our community is blessed with an excellent group of police officers who do extraordinary things on a daily basis. They keep our community safe day and night, and are dedicated to improving the quality of life in our community.”  This year National Police Week begins on May 15th.

From June 2019 until March 2020, we experienced numerous thefts of wallets and credit cards from lockers at a fitness center in Manheim Township. The credit cards were used at local stores to make purchases totaling nearly $100,000. Detective Chris Dissinger was assigned to the case and identified 14 total suspects, who were identified as Romanian nationals. These suspects were involved in thefts across the United States including Maryland, Illinois, Kentucky, Texas, and Missouri. Working with other law enforcement agencies, Detective Dissinger was able to file charges against eight of the suspects for theft, access device fraud, and criminal conspiracy. The bulk of the investigation and charges occurred in late 2020, and active warrants remain for several of the suspects. For his diligence and perseverance, Detective Chris Dissinger is receiving the Distinguished Service Award.

In December 2021, Officer Shane Long conducted a traffic stop on Route 222 for a vehicle that was traveling 91 miles per hour in the 65 zone. During the stop, he seized 506 grams of marijuana, assorted paraphernalia linked to the sale of marijuana, a set of metal knuckles, and $8,350 in US currency. The driver was arrested and charged with Possession With Intent to Deliver Marijuana, Possession of Drug Paraphernalia, Prohibited Offensive Weapons, and Speeding. For his investigative skills and persistence, Officer Shane Long is receiving the Meritorious Award.

In February 2021, officers were dispatched to a Manheim Township residence where a male was threatening to shoot other family members who were in the house. It was confirmed that the male had access to firearms. Officers set up a perimeter while Officer Michele Klinger was tasked with contacting the persons inside the residence by phone. Officer Klinger initially tried to get other family members out of the home, but they refused, setting up a possible hostage situation. She was eventually able to get the suspect on the phone and calmly talked to him so that he knew the police were there to help him. While all of this was occurring, Officer Klinger was able to keep perimeter units advised of the situation. She was soon able to convince the suspect to exit the residence and he was safely taken into custody. There were no injuries to the suspect, police, or any persons inside the residence. For her actions, Officer Michele Klinger is receiving the Meritorious Award.

In December 2021, Officer Troy Hikins stopped a vehicle in Lancaster Township that was displaying fraudulent inspection stickers. During the stop, Officer Hikins found indications that the vehicle may have marijuana in the vehicle. The driver would not consent to a search, so the vehicle was seized and a search warrant was obtained. During the search, a Glock 23 was found hidden in the console. The serial number on the weapon had been obliterated, and the driver was not licensed to conceal a firearm. Since lawful owners of firearms do not attempt to conceal the serial number on their weapons, it can be assumed that the weapon was for nefarious purposes. Officer Hikins' tenacity and hard work resulted in a firearm being removed from the streets and from the hands of people intending to harm our community. For his actions, Officer Troy Hikins is receiving the Meritorious Award.

The Officer of the Year Award is selected by the sworn employees. The person nominated must be exemplary in both their private and professional life, and have made an obvious and steady impact by meeting departmental requirements or making a significant impact on the department’s goals. The recipient for 2021 has been employed by us since 2007 and is currently assigned to Detective Division. It is my pleasure to present the Officer of the Year to Detective Anthony Lombardo.

The Civilian of the Year award is awarded to the civilian who is the best representative of the police department and its civilian personnel. This award is selected by civilian employees. The individual selected should truly be the best representative of our personnel who is both a good person citizen and is a good, competent, and capable employee. This year's recipient has been employed with Manheim Township since 2003 and has always been part of ensuring that the department's building, fleet, equipment, and systems are properly maintained. It is my pleasure to recognize Annette Paris as the Civilian of the Year.

The Firearms Proficiency Award is given to the officer with the highest total qualification score. With a perfect score, the award for 2021 goes to Officer Joel Ayers.

The Chiefs Award is given to an employee who brings public acclaim to the department through programs to further police efficiency or otherwise advance the police profession.

Sergeant Barry Waltz is assigned as the Sergeant for Administrative Services. In this position, he is responsible for coordinating records, training, forms, and equipment, among many other things. He also helped to manage the hiring process, which has become almost a full-time responsibility. Most importantly, he was instrumental in researching, obtaining, and implementing our body-worn cameras, which are a valuable tool for the officers. He also assisted with obtaining a grant for the cameras. It is noteworthy that the Department has had many issues with the system we selected, resulting in many hours of work and an eventual parting of ways with the original vendor, and the implementation of a system with a new one in 2022. For his efforts, Sergeant Barry Waltz is receiving the Chief's Award. 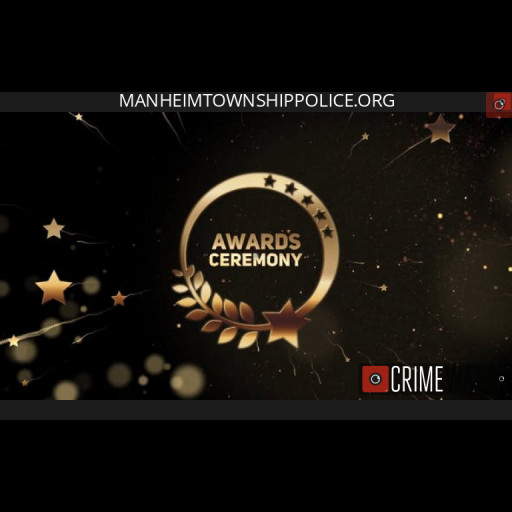 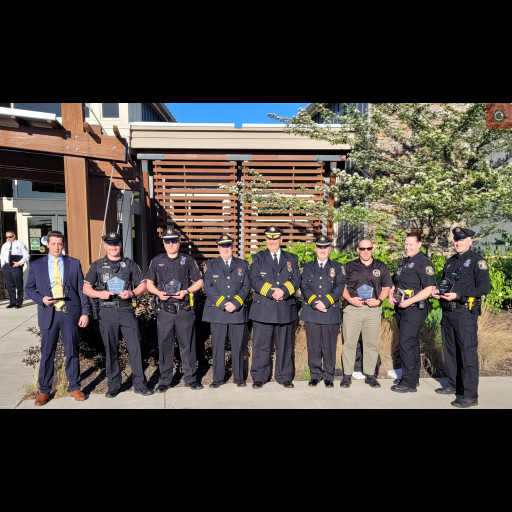