The East Lampeter Township Police Department has completed their investigation of a fatal single vehicle crash that occurred at approximately 12:13 am on June 25th in the 500 block of Willow Road.  The crash involved two (2) students of Conestoga Valley High School as well as a 2022 graduate of the school.

The Hyundai Sante Fe was traveling north on Willow Road at speeds in excess of 90 mph in a posted 40 mph zone.  After cresting a small grade just north of Forry Road, the vehicle began to rotate clockwise, striking the eastside embankment.  The Sante Fe vaulted and rolled numerous times coming to rest in a field at 521 Willow Road.  During the rollover, Smith who was not wearing a seatbelt, was partially ejected and pinned under the vehicle.  He was pronounced deceased at the scene by the Lancaster County Coroner’s Office.  Wendt was able to extricate herself from the vehicle; she was located at the scene and transported by ambulance to Lancaster General Hospital for treatment of injuries.

After the crash, Zook fled the scene on foot.  He returned to his residence in the 600 block of Aaron Lane approximately one (1) mile away.  At approximately 01:54 am, while at home, Zook died from a self-inflicted gunshot.  He was pronounced deceased at the scene by the Lancaster County Coroner’s Office.

On scene at the time of the crash, Amalie Wendt initially told responding officers and investigators that she was the driver of the vehicle.  Wendt later recanted this statement and it was proven to be untrue.  An autopsy provided additional physical evidence that Zook was the driver of the vehicle; toxicology testing showed that Zook was under the influence of both alcohol and marijuana at the time of the crash.  The vehicle’s excessive speed along with Zook’s impairment has been determined to be the cause of the crash. 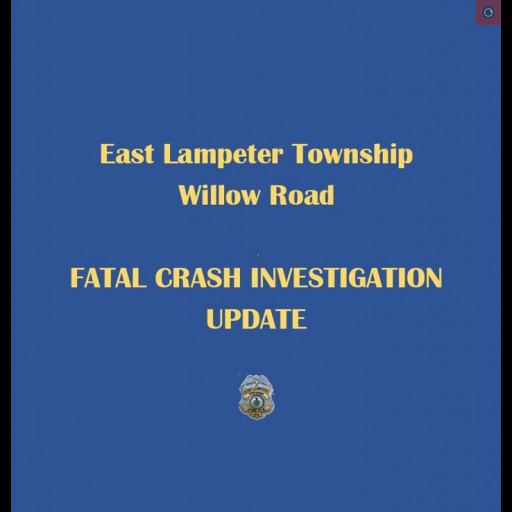