NLCRPD patrols were dispatched to a reported subject with a gun, the adult male was reportedly threatening to harm himself and was reportedly armed with a rifle and several live rounds of ammunition. The subject fled the residence when police were summoned for assistance and entered into large agricultural area with mature corn crops to hide from the NLCRPD responders. A perimeter was established and ultimately the subject was located via technical means and the utilization of an unmanned aerial vehicle (UAV) deployed by the NLRPD. The subject was subsequently located and taken into custody by NLCRPD patrols in a field near a residential and commercial area on Auction road adjacent to the Manheim Auto Auction venue. The subject was uninjured and was transported to a hospital-based facility for further evaluation. The rifle was recovered from the field where it was hidden by the subject, and is being maintained as evidence. Criminal charges are pending and further details will be released after charges are filed. The subject was taken into custody at approximately 11:35 hours, there were no injuries reported and there were no residents evacuated from the area of the incident. 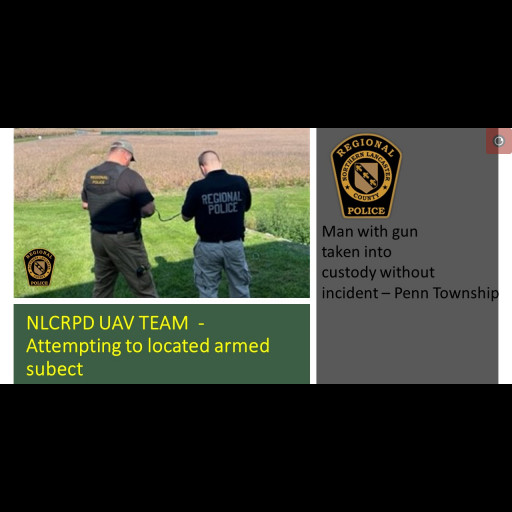 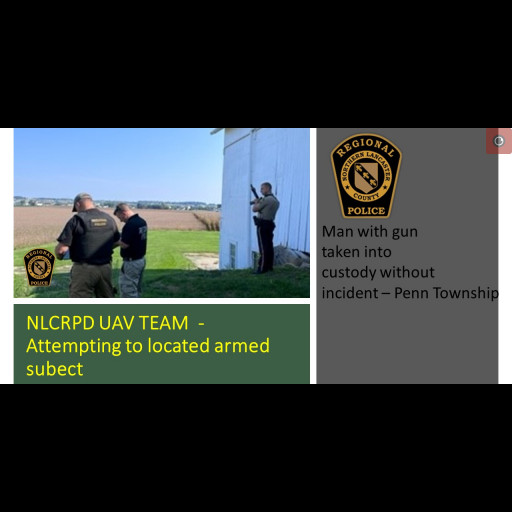 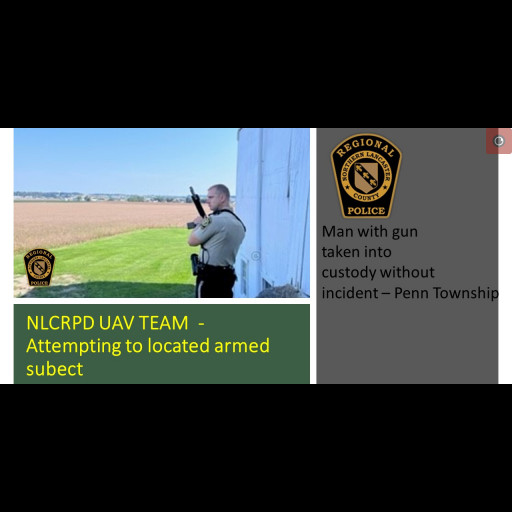