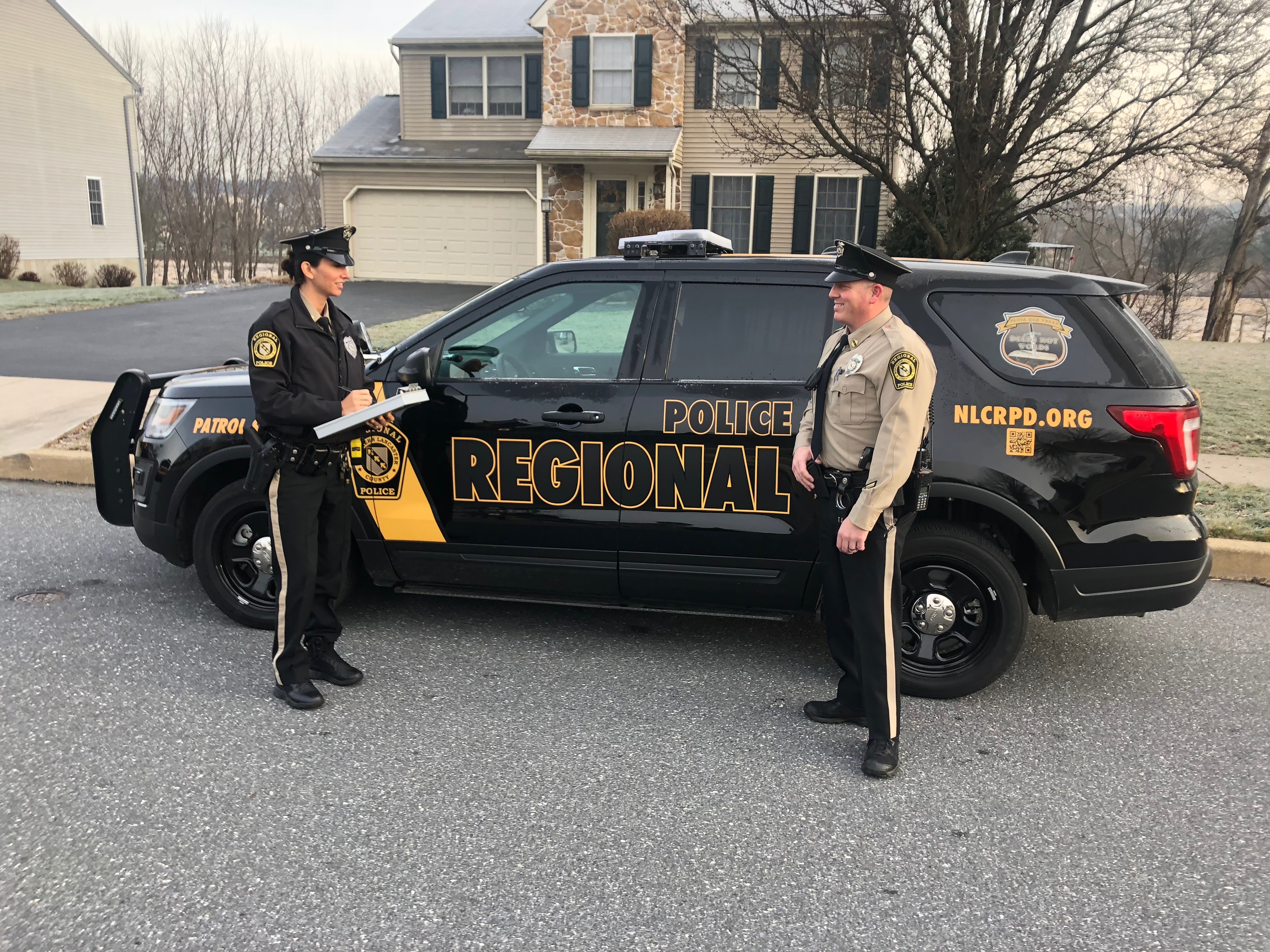 During 2011 after a comprehensive study was completed, three charter municipalities joined to establish and form a new primary law enforcement agency for the townships of Warwick, Clay, and Penn. Act 180, as passed by the General Assembly in 1972, served as the founding document for this new police entity. This act has come to be known as the “Intergovernmental Cooperation Act.” It empowered these municipalities to delegate police powers to a new and separate quasi-governmental unit, THE NORTHERN LANCASTER COUNTY REGIONAL POLICE DEPARTMENT.

The Agency expanded the primary police jurisdiction on January 1, 2020 when the Borough of East Petersburg began receiving delivery of police services from the NLCRPD

To govern this police department, each municipality designates one elected member of its respective Township to represent their political subdivision on the Board of Commissioners and one Commission member to be either an elected official or a citizen appointee as designated by the member municipality. Each municipality has two (2) such Commissioners. The Borough of East Petersburg as a contracted member has a seat on the board, with equal privileges as charter members except for the voting privilege

The Northern Lancaster County Regional Police Department was founded and became operational as an entity on January 1, 2012, with the merger of the existing police departments from Clay Township, Penn Township, and Warwick Township.

In July 2019, the NLCRPD was awarded the status of being an accredited agency by the Pennsylvania Commission on Law Enforcement Accreditation (PLEAC). This established the NLCRPD as the only regional law enforcement agency in Lancaster County achieving this status.

We proudly serve a community of over 42,500 citizens residing in an area encompassing approximately 100 square miles located in the north central portion of Lancaster County. The agency currently employs over 31 full time sworn officers and three unsworn civilian staff members.

Each of the Charter member municipalities Warwick Township, Clay Township, and Penn Township are recognized on all agency emblems. The agency depicts each of these charter members with a fleur de lis on the official agency emblems on our uniforms and vehicles. The official uniform of the NLCRPD consists of a black trousers with tan stripe, tan shirt, black tie, and black hat with tan piping.

The agency is a leader in applied technology, organizational development, recruitment, selection. training and retention of agency members, the NLCRPD is housed in a modern full-service police headquarters located at 860 Durlach Road, Stevens, PA. NLCRPD operates substations located in Warwick Township, Penn Township, the Manheim Auto Auction, and the Borough of East Petersburg.