As a Pennsylvania Law Enforcement Accreditation Commission accredited agency, the NLCRPD embraces the duty to examine policy and training practices to adhere to best practices and risk reduction and provide the highest level of professional police services to the communities we serve. Today the NLCRPD announces the replacement of the previous versions of the NLCRPD Use of Force Policy. This policy was drafted in May of 2021 and went into effect recently upon agency training cycle completion.

While the previous policy met all existing requirements for Pennsylvania Law Enforcement Accreditation and met the standards previously adopted by the Department of Justice for Police Agency Credentialing, NLCRPD leadership determined that there was a compelling need to incorporate a simplified and easy to understand directive for NLCRPD Officers to follow. All NLCRPD agency members were provided detailed classroom and scenario based training on this written directive during the agency in-house Use of Force training cycle and the policy is currently in effect.

It should be emphasized that although all the requirements within the current policy were previously embraced and part of the written directives of the NLCRPD. The new policy overhauled the responsibilities of all sworn NLCRPD agency law enforcement officers when interacting with civilians, including by providing the following requirements within a single written directive specific to the use of force:

Prohibiting all forms of physical force against a civilian, except as a last resort and only after the officer attempts to de-escalate the situation and provides the civilian with an opportunity to comply with the officer’s instructions.

Prohibiting all forms of deadly force against a civilian – including chokeholds and strikes to the head or neck – except as an absolute last resort when the officer reasonably believes that such action is immediately necessary to protect the officer or another person from imminent danger of death or serious bodily injury.

Prohibiting officers from firing weapons at a moving vehicle or engaging in a high-speed car chase, except under narrowly limited circumstances.

Providing new guidance on the use of less-lethal force as an alternative to deadly force and as a tool for de-escalation.

Establishing an affirmative “duty to intervene” that requires all officers – regardless of rank, title, or seniority – to intercede if they observe another officer engage in illegal or excessive force against a civilian.

NLCRPD Written Directive 1.3.1 Use of Force 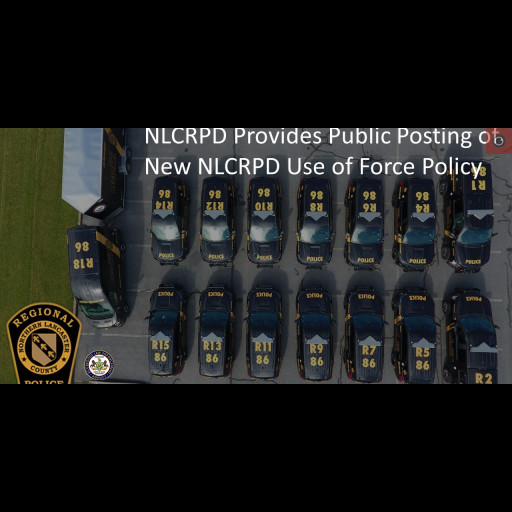