On May 21 at approximately 0121 hours, NLCRPD investigated an alarm at the Turkey Hill located at 600 N. Oak Street in Warwick Township. On arrival officers discovered that a burglary had occurred. Follow-up investigation revealed that a single suspect had smashed the door with a hammer, entered, checked the register for cash, stole several packs of cigarettes, then fled the scene through a rear doorway prior to police arrival. The investigation is ongoing.

The suspect was described as a white male wearing a black hooded sweatshirt over a white t-shirt, black pants with white stripes down the side (suspected to be Adidas brand), slate colored sneakers, and white colored gloves. The suspect was carrying a hammer and a black handbag.

Anyone with information is asked to contact the Criminal Investigation Division at NLCRPD at 717-733-0965. 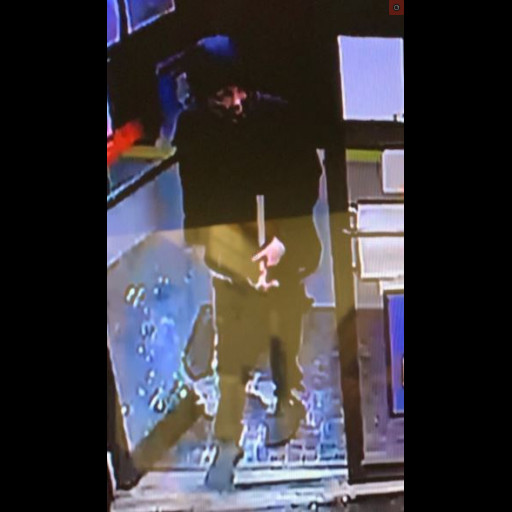