On Thursday 10/14/21 at 7:15pm the Ephrata Police responded to a vehicle accident which resulted in a vehicle fire which then led to a dwelling fire. A 2016 Subaru WRX was southbound on S. Cocalico Road and collided with a 2013 Dodge Ram which was eastbound on Rt 897. Both vehicles then struck a nearby muti-family residence. Both drivers, in addition to a passenger in the Dodge truck, were able to free themselves from their vehicles prior to the Dodge Ram catching fire. That fire then ignited the residence in addition to nearby electrical wires. All occupants of the home were able to safely evacuate and were uninjured. The operator of the Subaru was transported to LGH for non-life threatening injuries. The occupants of the Dodge Ram were treated on scene for minor injures and released. A total of 10 people - 4 adults and 6 children - were displaced from the muiti-family residence due to the fire. The American Red Cross responded to assist with placement of all ten individuals. The Ephrata Police were assisted on scene by fire/rescue and EMS agencies from Ephrata. Lincoln, Reamstown, Reinholds, Denver, Northwest EMS, Durlach/Mt. Airy, Schoeneck, Adamstown, PSP Fire marshal. as well as fire and EMS units from Lebanon and Berks counties. 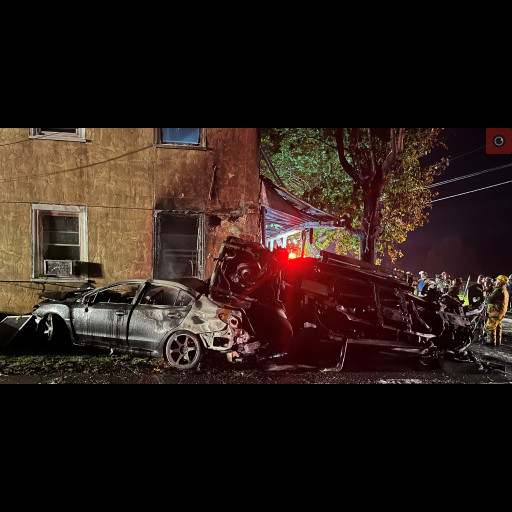 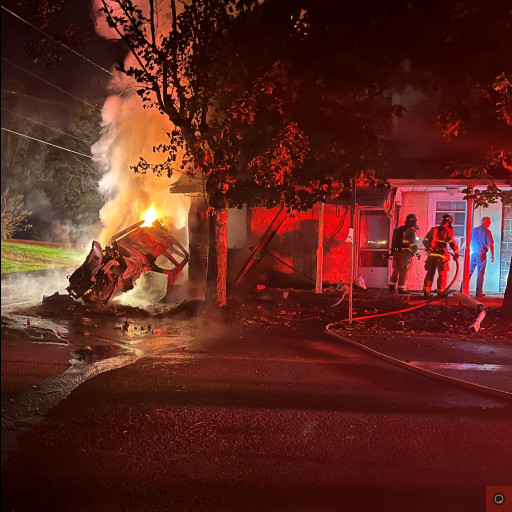