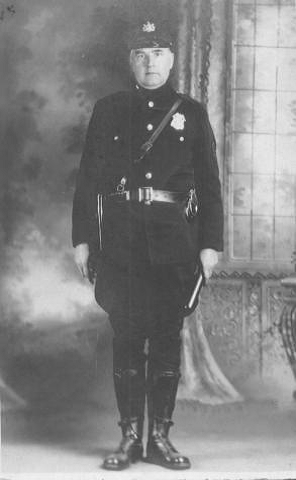 The Ephrata Area is blessed to be protected by a Police Department with a rich history throughout the community. The citizens of Ephrata have been protected by this department for over a century. The department has seen many changes throughout the years from its initiation in the 1920’s, where it was a one man department protecting a few thousand people to now serving a daily population of over 30,000. Throughout these many years the department grew and blossomed into one of the most highly respected, and professional organizations in South Central Pennsylvania.

The early 1900’s saw a boom of industrial revolution in Ephrata and the surrounding areas. With this came a population growth and a rise in mischief. In 1915 a man by the name of Harry A. DeLong applied for the position of detective for the sum of one dollar per month. In his application to Borough Council he stated that “Trains are running at Forty miles per hour, ten year old boys are smoking cigarettes, hotels are selling to minors, and automobiles are traveling at unsafe speeds”. Even 100 years ago, there were concerns about traffic safety, disenfranchised youth, and substance abuse!

It wasn’t until the 1920’s that an actual police department was formed in Ephrata. During this time period a man by the name of Aaron Ibach was Chief of Police, it is unknown if Mr. Ibach was Ephrata Borough’s first official chief of police.

The 1930’s saw a difficult time for the Nation, as the great depression was in full swing. Even though many were withoutjobs, there was still need for police protection for Ephrata Borough. In this 1936 photograph, Ephrata Borough Police Officer Henry P. “Monk” Doremus is seen with a mail truck behind the Post office which was located on Washington Avenue.

In 1939 the Ephrata Police had thirty three arrests. With a jump to 185 arrests in 1940, this was due to more general patrolling of the area and population growth. A significant accomplishment was the purchasing of a new patrol car, which in its first nine months saw 12,472 miles. 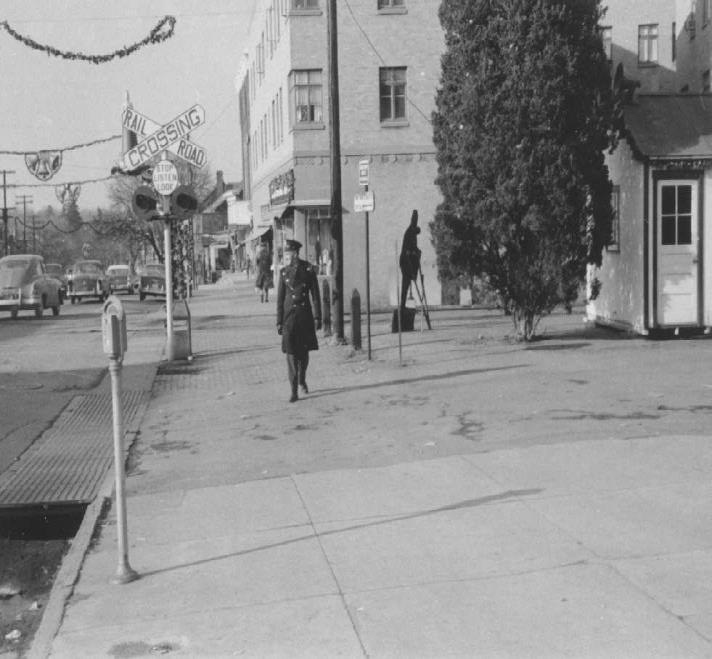 In the 1940’s Ephrata’s population was roughly 6,200 people. This called for more man power. In October of 1942 John Fasnacht, a part-time patrol man was put on full time basis. This brought the department to five men under the control of Chief Doremus. During this time period the police department had a major milestone in 1943 with the purchase of the first two-way radio system. Before the 911 system, residents would call directly to the police department to report an emergency or a crime. To alert the officers on the street of a call, staff at the station would turn on a light which was fixed to a pole. This light remained until the late 1950’s.

Throughout the years the police department has had many homes. For many years the department was located at the “Reading Trolly Station”, then located in the “Goods Hotel.” They were once again transferred along with the Borough Offices to 114 East Main Street in 1961 where the department remained until 2002.

During the 50’s and 60’s Ephrata was a prospering town with a rapidly growing population, and a police force comprised of seven men and one patrol car. In the early 1960’s the department received their first two-way portable “walkie-talkie” radios, which was a huge step in police communication. 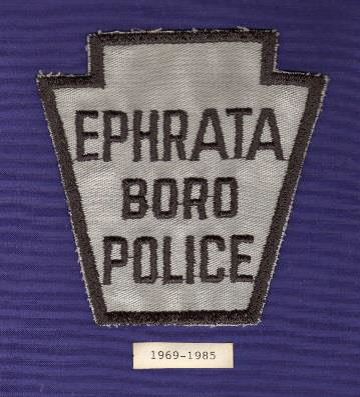 It wasn’t until the early 21st Century when the first mobile computers were placed into service in the patrol vehicles. Also in the year 2002 the department moved from its home of more than 30 years to a new state of the art facility located on South State Street, which is where the department is located today. 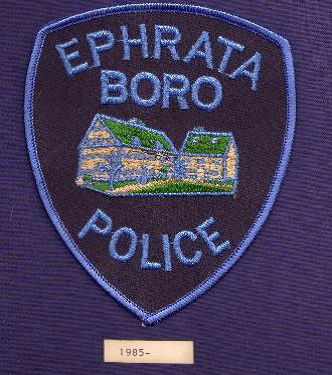 A major change and accomplishment for the Ephrata area came in the year 2005 when the Ephrata Borough Police and the Ephrata Township Police became one police department, known simply as the Ephrata Police Department. This was a significant step forward and a major advantage for the citizens of the Ephrata area as it gave them more consistent police protection. 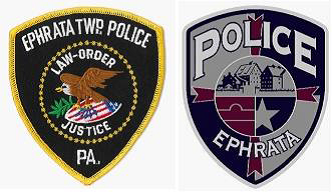 Our department has a rich history in the community, providing professional service and protection to all the citizens of the Ephrata for almost a century, changing and adapting to times that were put before it. We always have and always will stand ready to serve you.