Testimony: Teen, 14, Shot Man in the Back on Lancaster City Street

A Lancaster teenager will face homicide and related charges in County Court after a preliminary hearing Wednesday revealed video footage of him at the scene and an incriminating eyewitness statement.

Rahmir Hopkins was 14 when he shot 24-year-old Luis Perez on Oct. 9 in the 600 block of South Lime Street, according to charges filed by Lancaster city police.

Perez was shot in the back as he tried to get up as two of Hopkins’ companions kicked him, according to testimony at the hour-long hearing.

“(Hopkins) pulled a handgun and shot the victim in the back,” First Assistant District Attorney Travis S. Anderson said in a brief argument following testimony.

At the conclusion of the hearing, District Judge Jodie Richardson ordered Hopkins face the charges in Lancaster County Court.

Hopkins, now 15, wore a blue jumpsuit for the hearing. He watched closely as a detective narrated about eight minutes of surveillance footage captured at the scene.

Video cameras positioned at two corner stores did not record the shooting, but they did record Hopkins and his two male companions engage in a confrontation with Perez. Perez can be seen falling into the street, where he was pronounced dead.

Lancaster city police Detective Eric McCrady said he instantly recognized Hopkins as the male in the gray hooded sweatshirt with the juice because he had questioned him recently about a separate homicide case.

Detective Robert Whiteford testified of an eyewitness who watched the altercation and shooting from his front porch.

The witness identified for police who he saw fire a gun: a male in a gray hooded sweatshirt in surveillance video still photos.

Hopkins is presumed innocent. He is also charged with two felonies regarding illegal possession of a firearm. He is at Lancaster County Prison without bail. 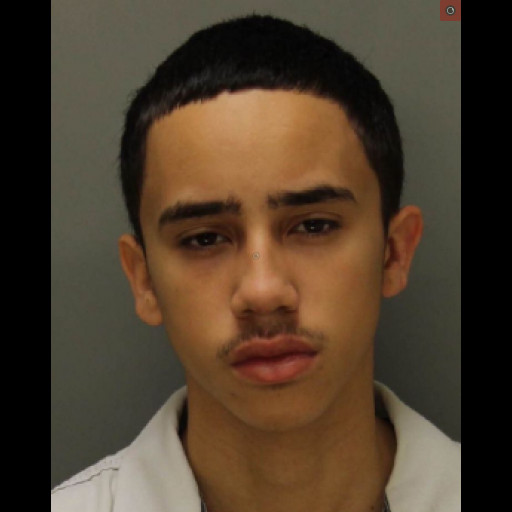