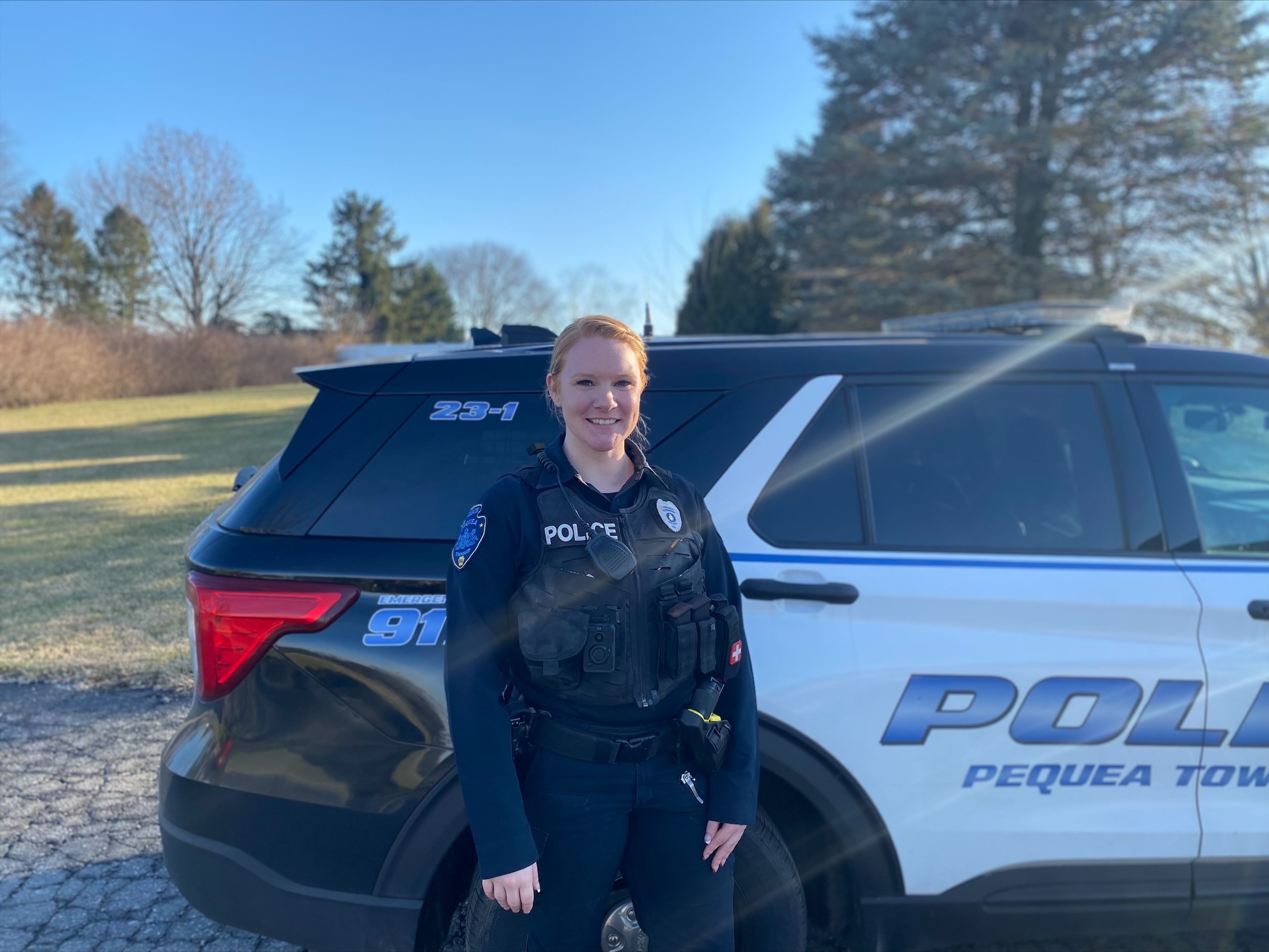 “My parents have a farm,” Walton said. “I’m still working in the farmlands. I’m taking cows off the road, but I’m also running the 911 calls and doing all the things normal police do. It’s an area I’m familiar with.”

The interest in becoming a police officer began while taking a break from the farm labor and catching up on the second-longest running television series in the United States.

“I’ve always wanted to help people and catch the bad guys,” Walton said. “I just remember watching Law and Order since I was little and wanting to be a police officer.”

Walton was initially unsure of how to become a police officer, but always found herself working jobs that required responding to 911 calls. She attended a technical school as a senior at Penn Manor High School and obtained an EMT certificate through an emergency services program.

Walton was already working as a firefighter before transitioning to work on ambulances.

“I started out as a firefighter when I was 14, was on the ambulance when I was 18, and then went to the police academy when I was 22,” Walton said. “Responding to 911 calls is all I know. I only know how to go into chaos and figure it out.”

Once Walton turned 21 – the required age to become a police officer by the time of academy graduation – she informed herself of the steps she needed to take to reach a goal she’s had since she was young. It took a year and a half to save up the money for the police academy, start a training regiment, and get ready for testing.

Walton enjoys how every day is different and likes to be on her feet. The EMS experience helps in multiple aspects of the job.

“I do a lot of medical stuff,” Walton said. “A lot of tactical medical stuff like responding to shootings and trauma. I’m a car-seat technician. I do a lot with the community. Eventually I want to get into child abuse and sex crimes.”

Walton has a system in place to help herself manage the mental health aspect that comes with the job and seeing traumatic incidents that many people don’t have to experience in their lives.

“I’m a heavy weightlifter,” she said. “I power lift. I go to the gym; that’s my outlet. And you just lean on your friends and talk to them. I know I can go to the Sergeant and talk to him at any point if I’m having issues with something.”

Despite the mental and emotional tolls the job may have, Walton says it’s exceedingly rewarding and allows her to give back to her community.

“My favorite part would be knowing that you helped somebody,” she said. “You’re going into what’s probably the worst day of somebody’s life. You go in and you help them and give them clarity. You help them moving forward and continue to build that relationship.”

Walton lives a normal and happy life outside of work and is the self-described outgoing one of her friends and family.

“I’m the fun person,” she said. “I don’t go out and break laws. We’re not getting that crazy, but I go to family parties and dance and do the wobble. I go to a friend’s house and have a good time. I play games at my sister’s house until four in the morning. I go on hikes. I go on vacations.

Walton always knew she wanted to be a police officer and was still admittedly unaware of how to start the process of becoming one. She eventually figured it out and wants others that are interested to find the necessary information on how to become a police officer as soon as possible.

“Do it,” Walton said. “Don’t second-guess yourself. I waited a few years and I shouldn’t have. The earlier you can get into it the better. Look into what you have to do to get into the academy. You have to run and do push-ups and stuff like that, but do a ride-along, talk to some officers in your area, and get as much information as you can.”

Here is a general breakdown of requirements courtesy of the Lancaster City Bureau of Police. Check with your local police department for more specific information.