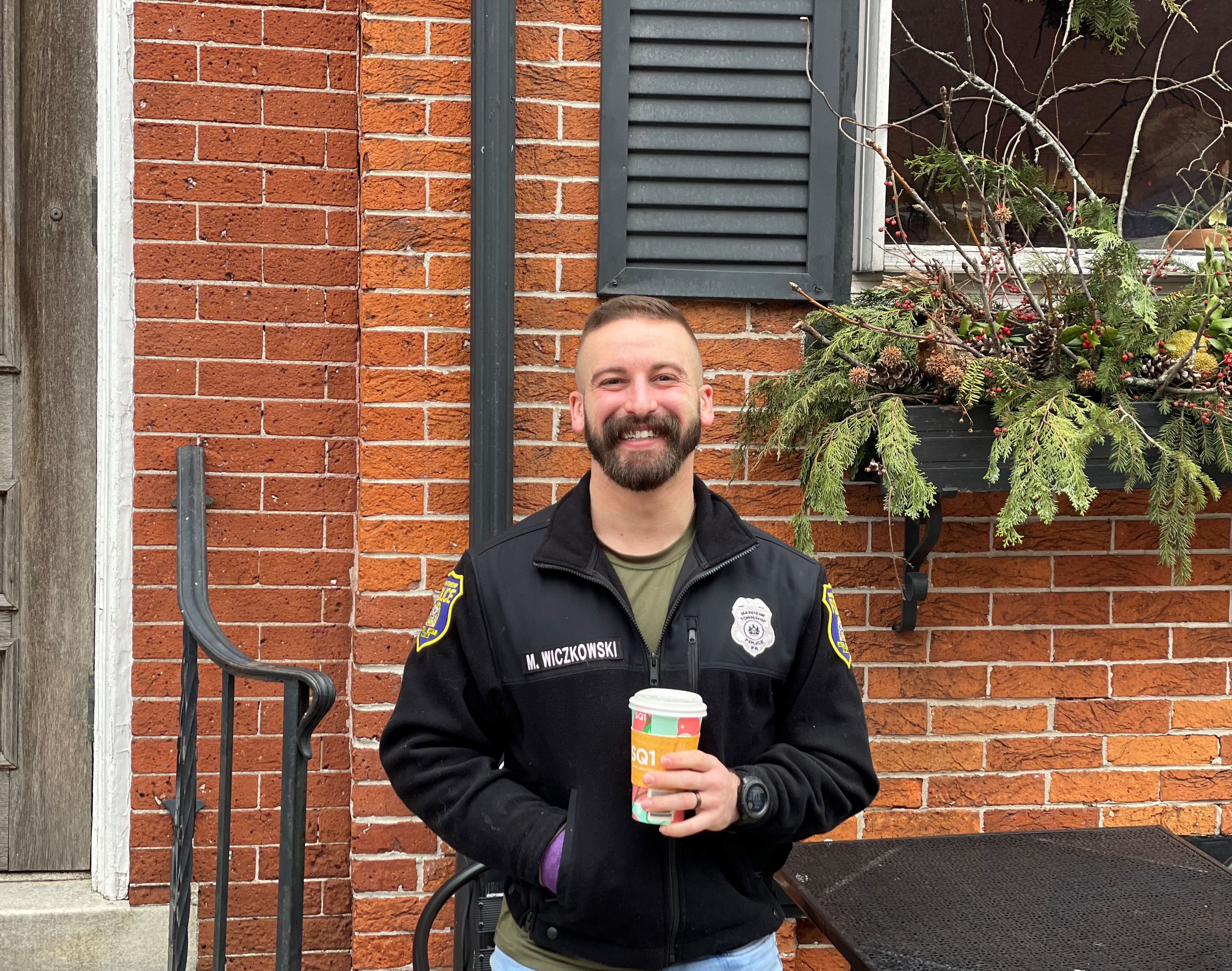 Manheim Township Police Officer Marc Wiczkowski grew up in Lititz and has been around law enforcement since he was little. His father is currently the West Lampeter Township Chief of Police and was a member of the Lancaster City Bureau of Police for over two decades before.

Wiczkowski didn’t know he wanted to follow that path his whole life; he also didn’t push it away. He originally wanted to be a physical therapist before switching to the behavioral health field and spending time in Utah and Arizona.

Those experiences have helped shape his view on policing and aided him in accomplishing his main goal as a police officer: helping people.

Wiczkowski originally started his college studies at Duquesne University to become a physical therapist. After three and a half years studying and spending a few years as a personal trainer, he realized he wanted to take a different path.

Wiczkowski took interest in behavioral health and how the brain works. He still wanted to work with people, just not in physical therapy. He ended up getting his degree in Behavioral Sciences at Duquesne before moving out west to work in the field for four years.

“I loved it,” Wiczkowski said. “We worked in a wilderness therapy program for two years. It was a residential treatment for teenagers and young adults. Rather than them going into a lockdown hospital for two to three months, we went backpacking.”

The crew had a permit to do the backpacking in the Grand Staircase-Escalante National Monument in southern Utah. He learned a lot about conflict resolution during those hikes through the mountains and during his next job doing outpatient social work in Arizona where he was tasked with responding to a crisis hotline. It’s something he continues to use today as a police officer.

“There were times where I’d be with somebody for four hours for a crisis,” he said. “Because that was my job. Police officers aren’t always able to spend that much time. Nobody’s calling the police because they’re having a good day. You’re helping people solve problems, whether it’s a behavioral crisis or not.”

In the end, Wiczkowski knew he wanted to help people. He didn’t get sick of backpacking across a national monument in Utah or doing social work in Arizona. He wanted to have more responsibility to increase the amount of help he could provide people.

“I just felt like I wasn’t able to do as much as I felt like I personally could do helping somebody from the social work role,” he said.

Wiczkowski went through the standard six-month police academy training and was sworn in as an officer on September 13, 2021. He is a patrol officer in Manheim Township, back in Lancaster County where he grew up. It might not be in a national monument out west, but he still gets outdoors in nature to take hikes and walks with his dogs and wife.

Always being on his feet and never having the same day at work are just two of the reasons he loves his job. It’s not a surprise he’s on the department’s crisis intervention team given his background. He is also a part of the recruiting team and hopes to be able to show the next generation the value of work in law enforcement.

“We place more of an emphasis on showing people what we do for the community because that matters to a potential candidate,” Wiczkowski said. “At the end of the day, one of the ways that we can reduce adverse experiences between the police and the public are putting the best people out there in uniform, which means we need to get them to show up.”