Justo Smoker pleaded guilty today to killing 18-year-old Linda Stoltzfoos, the Amish teenager who was abducted shortly over a year ago on June 21, 2020, while walking home from church.

Smoker, 35, appeared before President Judge David Ashworth and pleaded guilty to Third Degree Murder, Kidnapping, Abuse of Corpse, Tampering with Evidence (2 counts), and Possession of an Instrument of Crime.  Smoker was promptly sentenced to 35 ½ to 71 years in a State Correctional Institution.

“From the outset of this case, we sought to secure justice for Linda, her family and the community.  By bringing Linda home and securing the conviction and effective life-sentence imposed today, there is no question that justice has been served,” said District Attorney Heather Adams, “We reached this result today only through the tireless efforts of multiple law enforcement agencies.  Because of their dedication and unwavering commitment to this case, Linda’s attacker was identified, apprehended, charged with Homicide, and now committed to a sentence that will ensure that he will never have the freedom to harm innocent citizens again.”

A small group of family representatives attended the emotional court proceeding.  "The focus was totally on finding Linda," a spokesman on behalf of the family said in Court. The recovery of Linda’s body and allowing the family to give her a proper burial was important he said as "the family's thoughts were always along this line - whatever it takes to bring Linda home."

First Assistant Todd Brown outlined for the court details about the investigation not previously released to the public.

Smoker told investigators that “he approached Linda from behind and choked her with his arm under her neck and then with shoelaces until she was no longer breathing. He then stabbed Linda in the neck one time to ensure that she was dead,” First Assistant Todd Brown said in court Friday.

President Judge Ashworth, in imposing sentence, stated this "senseless killing of Linda Stoltzfoos is contrary to all we hold dear in a civilized society."  Ashworth also sent a strong message to the State Parole Board stating that he does not believe Smoker can be rehabilitated and urged the board to sentence Smoker to the maximum amount of time on any parole violation.

Smoker, who was granted parole by the State Parole Board only 16 months prior to committing this murder, is required by law to serve any parole violation sentence imposed by the board prior to beginning this sentence.  Smoker was paroled in February 2019 from a 12 ½ to 30-year sentence that was imposed after he pleaded guilty to multiple armed robberies and burglary charges, many with Amish victims.  Smoker faces a sentence by the State Parole Board of up to 17.5 years for violating the terms of parole, which will be served before his new sentence of 35 ½ to 71 years would begin.  In total, Smoker may serve up to 88 ½ years of incarceration.

“This sentence was specifically structured in a way that practically ensures that Smoker would never be released and amounts to the functional equivalent of a life sentence,” said Brown when presenting the terms of the agreement to the court.

In April, Smoker agreed to disclose to police the location of Stoltzfoos’ remains and enter a guilty plea to third-degree murder and other related charges.  In exchange, the Lancaster County District Attorney’s Office agreed to a sentence of 35 ½ to 71 years of incarceration.

Smoker told investigators that he initially buried Stoltzfoos to the rear of 3104 Harvest Drive, where articles of clothing belonging to Stoltzfoos had previously been found, but later moved the body to another location behind his former place of employment.  Armed with specific location information provided by Smoker, members of the East Lampeter Township Police Department, the Pennsylvania State Police and the FBI’s Evidence Recovery Team, canvassed an area alongside the Amtrak railway to the rear of Smoker’s former place of employment in Gap, Salisbury Township.  Investigators searched the immediate area described to them by Smoker but were unable to locate the remains or any site indicative of a grave.

Photograph depicting the area where Linda Stoltzfoos' body was recovered by law enforcement on April 21, 2021.  The remains were recovered buried in a grave under the brush along the tree line.

Officers then escorted Smoker to the scene, and within a short time, Stoltzfoos’ remains were recovered wrapped in a tarp and buried in a hole approximately 42” deep.

The recovery of the remains, however, would bring additional brutal details to light on how Stoltzfoos died. The autopsy revealed that Stoltzfoos died of asphyxia as a result of strangulation and that a stab wound to the neck also contributed to her death.  Stoltzfoos’ body was found wrapped in plastic which had been secured by duct tape.  Her body was clothed with her hands and feet tied together with multiple bindings.  A thin rope connected each of the bindings together and was looped around her neck.  Her sash and apron were wrapped tightly around her face and her mouth was covered by duct tape.

“Bringing Linda home was a critical component of our mission to secure justice for Linda, her family and the Amish community as a whole,” District Attorney Adams said, noting that “Allowing Linda’s family the opportunity for a proper burial provided some measure of closure and granted Linda the dignity and respect she so richly deserved.  Although Linda’s recovery led us to additional painful details about the circumstances of her death – bringing her home also ensured a conviction and sentence that would protect the public from the defendant.”

The disappearance of the Amish teen was initially labeled a missing person case as law enforcement worked diligently to uncover what happened after she seemingly disappeared without a trace.  Searches by local law enforcement and members of the Amish community commenced immediately with the FBI quickly joining the investigation.

Investigators poured over video evidence collected from surrounding homes and businesses, and foot searches for Stoltzfoos continued by law enforcement, members of the Amish Community, and the Middle Creek Search and Rescue Team.  Information about Linda Stoltzfoos was posted on fliers, billboards, social media and news reports. 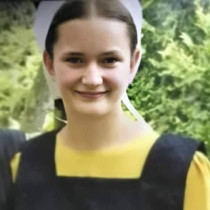 The video footage, however, would lead to the break in the case.

An arrest came three weeks later when Smoker was apprehended and charged with felony Kidnapping in connection with Stoltzfoos’ disappearance after investigators digitally enhanced private surveillance video and discovered footage depicting Smoker kidnapping Stoltzfoos along Beechdale Road in East Lampeter Township, Lancaster County.  The camera that captured the incident was located approximately 334 yards from where Stoltzfoos was kidnapped.

Searches for Stoltzfoos’ body continued after Smoker’s initial arrest but were unsuccessful.  Investigators along with fifteen specialized search and rescue teams from surrounding areas spent over 15,000 man-hours searching for her remains, knowing that she had suffered harm at the hands of Smoker.  In total, over 2,334 searchers covered over 10,500 acres utilizing multiple resources including drones, K-9s, horses, ATVs, submarines, helicopters and ground penetrating radar.

Despite not having recovered Stoltzfoos’ body, prosecutors ultimately filed Homicide charges in December 2020, citing the passage of time, the cessation of all activities and the circumstances of her disappearance.  Prosecutors cited to witness statements, video surveillance and cell phone records that showed Smoker placed Stoltzfoos in his car and eventually took her to 3104 Harvest Drive, where police later found her bra and stockings buried in the ground and containing Smoker’s DNA.  Witnesses also reported seeing Smoker at his home later that afternoon cleaning the inside of his car.  Witness statements also revealed that Smoker was stalking other female Amish girls in the area of the abduction on the day before the kidnapping.  Evidence also revealed that within hours prior to both the stalking incidents and the abduction of Stoltzfoos, Smoker purchased alcohol and disposable gloves, as well as shoe and boot laces on the morning of the kidnapping.  Throughout the entire investigation, no evidence was found to suggest that anyone else assisted Smoker with this crime.

After homicide charges were lodged, the goals of prosecutors remained: bring Linda home, secure a murder conviction and ensure that Smoker is never free to harm the public again.

“Factually, this case is horrific and tragic – and, thankfully, extraordinarily rare.  Equally extraordinary were the efforts of law enforcement in their commitment to securing justice.  Through the dogged determination of investigators and prosecutors, Linda’s attacker was identified, captured and convicted, as a result, society will be protected from Smoker for what will likely amount to the rest of his natural life,” said District Attorney Adams. 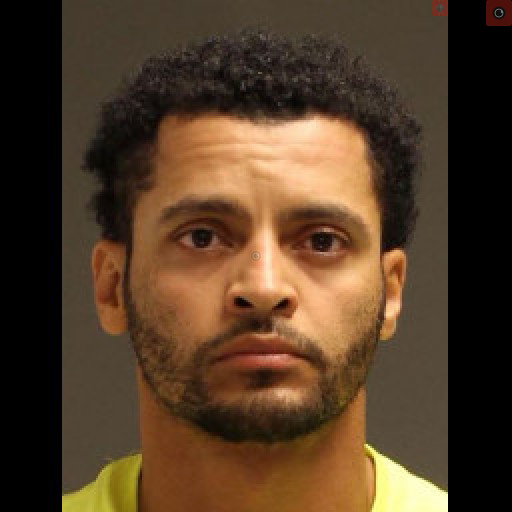