The Lancaster County District Attorney’s Office wishes to assure community members, leaders, and business owners that the criminal acts that followed a police-involved shooting Sunday in Lancaster city are being investigated and that those who perpetrated acts of violence and destruction will be charged and prosecuted.

The acts committed overnight were not peaceful acts of protest; the behavior was violent and riotous.

Numerous buildings and vehicles were damaged, fires were set – all without regard for the owners and individuals who could have been physically harmed by the riotous actions.

Police arrested several individuals and those charges are being filed Monday.

There is much video of what took place overnight, and that footage is being reviewed as part of the ongoing investigation.

Individuals identified as actors engaged in criminal acts will be charged.

“This office fully supports the right to gather and peacefully protest, however, the riotous behavior exhibited last night is completely unacceptable and will not be tolerated,” Lancaster County District Attorney Heather Adams said Monday. “Such lawless conduct only takes away from those working with the community to address issues worthy of discussion. Make no mistake, those who cannot peacefully protest and instead resort to violence will be prosecuted and held fully accountable.”

Repairs are happening to restore what was damaged overnight. We feel it must be stated that the acts of law-enforcement officials – to include Lancaster County’s Special Emergency Response Team (SERT) – prevented further damages and personal injury/death. We are not aware of any serious injuries sustained during the riots, and we wish to commend the law-enforcement officials who acted professionally in protecting the lives of those in potential danger.

To recap some of those actions:

The Lancaster County SERT unit, consisting of members of 14 law-enforcement agencies in the county, assembled and were deployed late Sunday night in response to acts of violence and destruction.

Tear gas was used on multiple occasions, to include when:

- Rioters marched toward the Lancaster city police station (breaking a window of the building) in what appeared to be attempts to overcome police/SERT and occupy the police station;

- Rioters threw rocks and other items at police/SERT members.

Additionally, SERT’s BearCat, an armored vehicle, was used to destroy a makeshift barricade/bunker built by rioters in the middle of West Chestnut Street.

To repeat, the acts of police/SERT prevented further damage to property and vehicles, and protected individuals in the area from being harmed.

Regarding the police-involved shooting Sunday afternoon on Laurel Street, we continue to review and investigate the circumstances surrounding the shooting and, specifically, the firing officer’s actions.

As we stated Sunday night (and as depicted in a body cam video released by Lancaster city police), our preliminary investigation shows that the officer fired as a man clearly armed with a knife ran toward the officer in a threatening manner.

We intend to disclose the findings when our investigation is completed, and District Attorney Heather Adams makes a determination on the use of force.

In closing, we will reiterate what we stated previously: acts of violence and destruction defeat the purpose and mission of lawful, peaceful protest. As evident in news reports, the riotous behavior has made headlines, detracting from all peaceful demonstrations which may have been in progress.

We will continue to keep the community informed going forward. 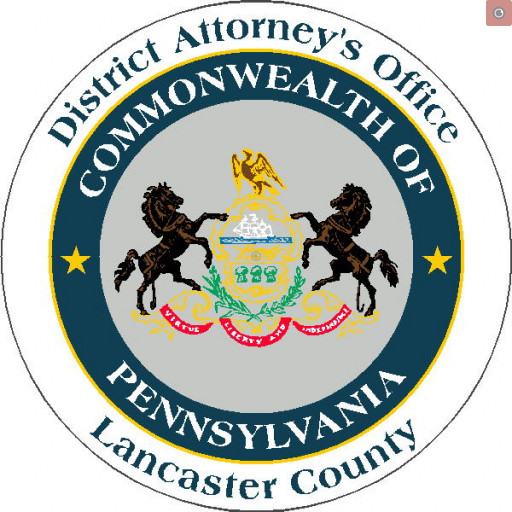