The Lancaster County District Attorney’s Office and the Lancaster City Bureau of Police announce the arrest of a suspect in the 2007 murder of Baby Mary Ann, a newborn who was discarded in a dumpster behind the YMCA previously located in the 500 block of North Queen Street, Lancaster.

The alleged mother of the baby, Tara Brazzle, 44, was charged Friday, July 2, 2021, with one count of criminal homicide for the death of Baby Mary Anne.  Brazzle, of Valparaiso, Indiana, was arrested at the San Jose International Airport in San Jose, California after police obtained an arrest warrant for her earlier that morning.  She is being held at the Santa Clara Sheriff’s Department with no bail.  Brazzle is pending extradition to Pennsylvania.

Brazzle, who admitted to police that she gave birth to the newborn known as “Baby Mary Anne,” lived in Lancaster at the time of the homicide and worked at the YMCA, where Baby Mary Anne was discovered deceased.  In September 2007, Tara Brazzle was known as Tara Indrakosit.

Lancaster County Detective Jeffery Bell filed charges on behalf of lead investigator, Sergeant Randell Zook of the Lancaster City Bureau of Police, after the investigation revealed that the birth and homicide occurred outside of the City of Lancaster at Brazzle’s former residence located at 261 Paradise Lane, Ronks, Lancaster County.

“The death and circumstances of the discovery of Baby Mary Anne had a tremendous impact on this community,” said District Attorney Heather Adams, “The case was incredibly sad then and incredibly sad now, as those with ties to Baby Mary Anne begin to process and grieve a personal loss about which they are only now learning.”

On September 24, 2007, police were called to the YMCA, then located at 572 N. Queen Street, Lancaster after employees discovered a deceased newborn in a large trash dumpster in the parking lot.  The investigation revealed that the baby was a female of 35 to 38 weeks gestation.  The baby had been wrapped in a blood-stained towel and several plastic bags and placed into a canvas bag along with the placenta and the umbilical cord.  The Lancaster County Coroner’s Office ruled the death a Homicide due to complications of asphyxia.

Detectives from the Lancaster City Bureau of Police conducted an in-depth investigation into the homicide and followed multiple leads after the incident which revealed no suspect at that time.  Police investigated tips from the public of females who were pregnant or thought to be pregnant at the time.  At least 25 women were ruled out based on these tips.  Despite press releases and requests for information, interviews of multiple subjects and routine checks for matches of the DNA profile of the mother, the case went cold.

Sergeant Randell Zook of the Lancaster City Bureau of Police became the lead investigator of the Baby Mary Anne case in 2016.  Since then, DNA evidence collected in the case was analyzed utilizing multiple investigative techniques that were previously not employed nor available at the time of the initial investigation.  Specifically, the DNA evidence was submitted to Parabon NanoLabs, the company that has become well-known for combining genetic analysis with genealogical research to determine the ancestry of a victim or perpetrator.

Baby Mary Anne’s DNA was also uploaded into a public genetic genealogy database in November 2018, where the closest relation found to the victim was a second cousin.  Sergeant Zook continued to work with Parabon but performed extensive research himself using a variety of genealogy resources, open-source information, and police databases, to essentially build a reverse family tree.  Sergeant Zook was ultimately able to piece together an intricate connection between the baby and alleged mother, Tara Brazzle.

On Thursday, July 1, 2021, Sergeant Zook and Detective Jessica Higgins interviewed Brazzle at her home in Valparaiso, Indiana.  During the interview, Brazzle admitted to being the mother of the baby and giving birth to the baby at her former residence located in Ronks, Strasburg Township, Lancaster County.  Brazzle indicated that she knew she was pregnant, failed to seek any prenatal care for the baby and did not provide any medical care to the baby after giving birth.  According to Brazzle, she placed the baby in the trash dumpster located behind the YMCA several days later.

The police did not immediately arrest Brazzle after the interview as the investigation was on-going to determine whether anyone assisted Brazzle in the homicide or disposal of the baby.  However, law enforcement worked quickly to obtain an arrest warrant when they learned that Brazzle had boarded a plane to California the morning after being interviewed by police.

Members of the San Jose Police Department in California arrested Brazzle at the airport after she disembarked the plane.

“The initial, exhaustive investigation into the death of Baby Mary Anne created a solid foundation that once combined with investigative techniques and science that did not exist in 2007, led to the identity of the person responsible for this horrible crime,” said District Attorney Heather Adams.  “Now, because of the persistence and dedication of lead investigator Sergeant Zook and other members of the Lancaster City Bureau of Police, we can begin the process of holding this suspect accountable and seeking justice for Baby Mary Anne and others impacted by this tragedy.”

The District Attorney’s Office would like to thank members of the Pennsylvania State Police, the Porter County Sheriff’s Department, Indiana, the Federal Bureau of Investigation and the San Jose Police Department in California for their assistance during this investigation.

Anyone with information on this case or that had familiarity with Tara Brazzle née Indrakosit during the 2007 timeframe is asked to contact Sgt. Randell Zook of the Lancaster City Bureau of Police at 717-735-3322 or click on the submit-a-tip link below.

Assistant District Attorney Karen Mansfield, supervisor of the Child Abuse and Sexual Assault Unit, will be prosecuting the case. 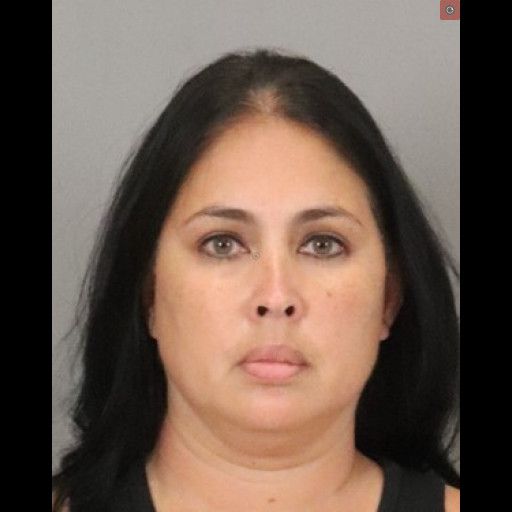