The Lancaster County District Attorney’s Office has reviewed a February 1, 2022, incident in East Earl Township that involved three law enforcement officers firing at a suspect who entered a vehicle and accelerated toward officers, putting them in danger of death or serious bodily injury.  The incident happened when members of the United States Marshals’ Eastern District Violent Crimes Fugitive Task Force were serving multiple arrest warrants for 38-year-old Zachary Gilbaugh at a home in the 1400 block of Union Grove Road.

District Attorney Heather Adams has concluded that each of the officers were justified under Pennsylvania law when they discharged their firearms at Gilbaugh as he attempted to flee the scene in a vehicle which endangered the lives of officers in front of the vehicle who were commanding him to stop.

Three officers fired and Gilbaugh was struck multiple times and crashed the vehicle a short distance across the street.  Officers removed Gilbaugh from the vehicle and performed life-saving measures.  Gilbaugh was taken to an area hospital where he survived his injuries.  Gilbaugh is now incarcerated in the Berks County Prison on other charges.

Through the investigation, this order of events was determined leading up to the shooting:

-A resident of the home answered the door to allow officers inside. Officers were alerted to the presence of the defendant in the basement.

-Upon going into the basement, officers discovered Gilbaugh to be barricaded in a crawlspace-like area and made numerous attempts to negotiate with the suspect.

-Additional less-lethal attempts were made to bring him out including a taser and ballistic sponge round, which were ineffective.

-An officer placed outside the house noticed a hole in the exterior of the home where a porch met the façade of the house.  The officer encouraged Gilbaugh to surrender.  The defendant told the officer that he was “not going back to jail” and that the officers would have to shoot him or he would get a gun and shoot the officers.

-The defendant threw chunks of concrete and cinderblocks and spewed fire with a torch and aerosol can at the officers.

-At this point, after over an hour of negotiations and attempts to get Gilbaugh to comply, officers retreated out of the basement and the house and maintained a perimeter.

-Gilbaugh then exited the home out of a back/side door, proceeded up exterior stairs and kicked in a door to an apartment on the second floor.  The resident of that apartment had previously been removed by police for safety reasons.

-Officers received information that there were firearms in the second-floor apartment.

Gilbaugh then exited the front door of the home carrying a large, circular saw blade as a shield and the blowtorch, which was later found by County Detectives in the area of the crash. The defendant entered a tan Chrysler minivan belonging to the first-floor resident, dropping the saw blade on the ground as he got into the driver’s seat.  Several officers converged on the vehicle and again gave verbal commands to stop, which Gilbaugh ignored.  Gilbaugh started the van, revved the engine, and threw the car into gear.  The vehicle lurched forward as two officers were standing in front of the vehicle.  As the minivan lurched forward, three officers fired a total of 15 shots that struck Gilbaugh several times. The vehicle crashed into a guardrail and came to a stop across the street; the officers removed Gilbaugh from the vehicle and rendered aid.

The actions of Gilbaugh after he exited the front door of the residence were caught on a nearby video system, which was reviewed by District Attorney Adams and County Detectives.

District Attorney Adams concluded that the officers’ actions were justified as their belief that deadly force was necessary to defend themselves and/or the other officers from serious bodily injury or death was objectively reasonable.

“The defendant placed officers in jeopardy of sustaining serious bodily injury or death when he tried to escape in a van,” DA Adams said. “This inevitably placed the officers in a situation where they opened fire in self-defense and in defense of the other officers who were in the path of the vehicle.”

Upon the completion of the investigation, additional charges were filed against Gilbaugh.  He now stands charged with five counts of Aggravated Assault against a Law Enforcement Officer, two counts of Aggravated Assault with a Deadly Weapon, Criminal Trespass, Flight to Avoid Apprehension, Possessing a Prohibited Offensive Weapon, five counts of Recklessly Endangering Another Person, Resisting Arrest, Unauthorized Use of a Motor Vehicle and Criminal Mischief.

County Detectives were assisted by Pennsylvania State Police in the investigation.

Previous releases regarding this case: 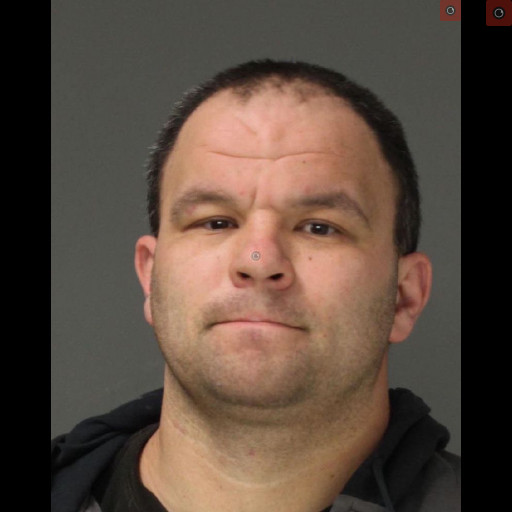