An editorial from the Lancaster County District Attorney's Office:

A prosecutor’s mission is to protect the community, and that protection duty extends to providing offenders the means and opportunity to rehabilitate and move past their crime(s).

In many instances, that opportunity comes in the form of a diversion program: a second chance prosecution path that involves a tailor-designed set of requirements for the offender.

Those who successfully complete can have their charges reduced or completely erased from their record.

At least one in five criminal cases in Lancaster County are diverted from traditional prosecution – more than 1,500 cases each year.

Prosecutors do not keep tallies of prison years meted out by judges, because years in a cell do not automatically “fix” the offender, nor do they necessarily serve the best interests of victims and the community.

Yes, some offenses and offenders are due long-term incarceration because that is in the best interests of public safety. Violent sexual abusers of children and remorseless murderers, for example, have to go to state prison for long sentences, period. There are also individuals who have no interests in reforming or rehabilitating and their behavior after conviction reflects that.

Fortunately, the majority of individuals facing charges in Lancaster County do not fit that category. In fact, we know that nearly every person we prosecute will again be living in our communities; they will be our neighbors. While there must be accountability, we want them equipped to move on from their criminal act and become productive members of society working jobs, paying rent or mortgages, supporting families.

A prosecutor’s duty involves acting to protect communities, restore and support crime victims, and, to the extent possible, provide offenders with paths to rehabilitation.

It can be a difficult balance to strike because no case is identical to another and we seek the best resolution possible given all the circumstances. That is why in addition to traditional prosecution methods, our office utilizes numerous diversion programs and avenues.

Diversion programs recognize that one size does not fit all; they are designed to influence the offender and reach the root cause of the criminal action.

Diverting cases involves identifying an offender’s circumstances, background, and any substance-abuse or mental-health issues that might be in play. In other words, find out what contributed to the person’s committing a crime and identify those who have a decent chance of successfully completing a diversionary program.

In Lancaster County, diversion tracks are extensive and exist for:

- Veterans and individuals dealing with drug or mental-health issues, via our three specialty courts.

About 22 percent of criminal cases in Lancaster County are placed on diversion paths. The state average is just below 20 percent.

About 15 percent of all criminal dockets in Lancaster County are entered into Accelerated Rehabilitation Disposition (ARD) programs. That is over 1,000 cases every year – about half being DUIs – placed on the ARD path, which includes expungement of charges upon successful completion of community service, classes and other conditions tailored to the offender.

DA Craig Stedman designed and created this program in 2010 for first-time, non-violent drug offenders. Like ARD, it offers expungement of charges upon completion of limited requirements, which could include drug screening and/or community service. This is a cheaper diversion path and happens early in the court process.

More than 800 cases have enrolled in this program since 2017.

Drug Court: Is a rigorous program that involves full commitment from the participants to tackling their substance-abuse issues. Since launched in 2005, about 200 graduates have successfully completed. About 100 offenders are typically enrolled (or applied to enroll) at any given time.

Veterans Court: Launched in 2012, the program is open to veterans whose difficulties after service played a factor in their crime(s). Also a demanding program, the participants are assigned mentors – veterans who serve roles similar to a sponsor; the mentors report to the court regularly on the participant’s progress.

Mental Health Court: Ten participants graduated in a recent ceremony, bringing the total number of graduates to nearly 70 since the court’s inception in 2010. The program is designed for offenders with diagnosed mental-health issues; counseling and treatment is an integral part of the phase-structured program.

Mid- to higher-level offenses can qualify for the specialty courts; participants are assessed on a case-by-case basis.

All three courts, upon completion and satisfaction of owed restitution, offer expungement or reductions of charges.

Additionally, a Bad Checks Program has been in place for over a decade. Rather than being entered into the court system, offenders can avoid prosecution if they make payment on the bounced check. Qualification depends on the amount of the check.

Finally, our office fully supported the Clean Slate Law which allows for certain convictions to be erased from a person’s record, if they commit no new crimes for ten years. The law fits perfectly with our philosophy of allowing a person to move past their conviction; it makes for stronger communities. 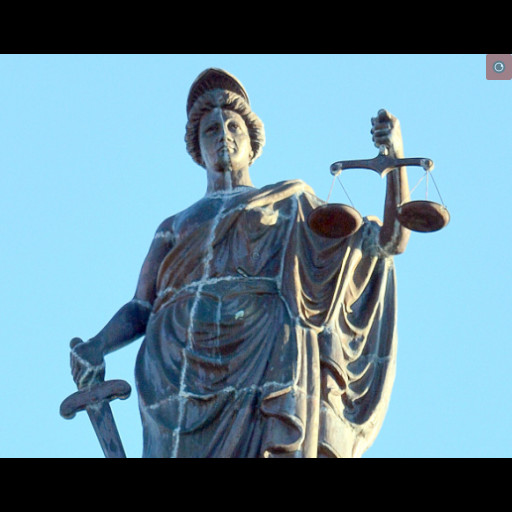