On Thursday February 18, 2021 at approximately 1824 hrs. Officers from Lancaster Bureau of Police, Platoon A, responded to the 700 blk. Beaver St. for reports of shots fired. Upon arrival, Officers spotted several spent shell casings on the road surface. Officers also found that an occupied home had been struck by gunfire.

The Officers made contact with (2) adult residents inside the home. Neither occupant had been struck by gunfire. No injuries were reported.

Officers also found that a parked, unoccupied vehicle had also been struck by gunfire. The owner of the vehicle was located and made aware of the damage.

After securing the scene and obtaining photographs, Officers located in excess of (60) spent shell casings on the 700 blk. Beaver St. They were also able to recover spent bullets from inside the victim's residence.

Officers canvassed the area to look for additional damage, suspect information, witnesses and potential surveillance video locations. Neighbors reported spotting (2) unknown males running toward Greenwood Cemetery right after the shots were fired. A K9 track was initiated but no suspect(s) were located.

Anyone with information on this incident is asked to contact Lancaster Bureau of Police at 717-735-3300 or Lancaster Crime Stoppers at (800) 322-1913, or you can anonymously Text a Tip to Crime Stoppers by using your cell phone. Text LANCS plus your message to 847411. Callers may remain anonymous and do not have to give their names. 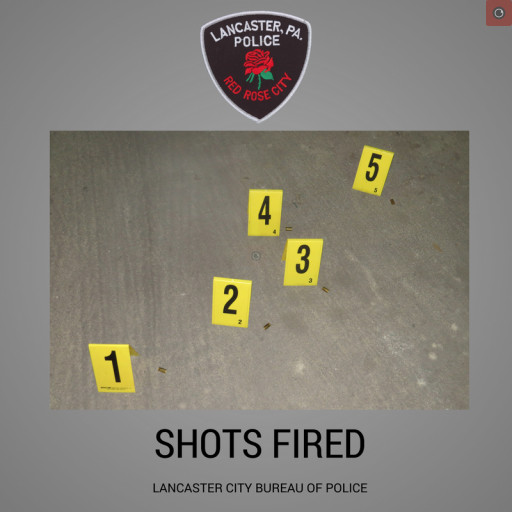