Reporting person/victim stated that her boyfriend almost struck her when driving a red in color 1999 Volkswagen Sedan when leaving a parking space. She jumped back from the vehicle in fear of injury. Based on above, Bryon Parker, 56, of the 200 block E Ross St, Lancaster, PA was charged with Simple Assault and Reckless Endangerment.

Reporting person/ victim stated someone found nine checks made out to LV Concrete in a nearby storm drain.  Reporting person stated he contacted Norwood Construction Company, and told them to stop all payments for any checks they sent.  Reporting person found out that Norwood mailed out 15 checks and only nine were found.

Reporting person/victim stated while he was working as a bike mechanic on 1 September 22 a suspect had come into the store informing him he was a sales rep for a bike company in California. Victim agreed to purchase an electric bike from him. He sent him 2 transactions via CASHAPP. On 29 September 22 he contacted the bike company in regards to not receiving the bike he had ordered from the suspect. The company had no record of the order being turned in. This case is ongoing.

A silver 2009 Nissan Maxima that was parked in front of location while the driver ran inside was stolen on listed date and time.  The vehicle was then recovered on 10/07/22 0913hrs.  Ongoing Investigation.

Officers responded to a shots fired at listed location.  Witness stated that he heard four gunshots rapid fire and stated he saw flashes through his window.  Witness stated he did not see any suspects or witness the shots.  While Officers were collecting the 4 casings a second witness stated she observed two males running that were wearing all black.  Ongoing Investigation.

Officers unable to locate any casings.  No Action Taken.

Franklin KC Lamar B/M 41yrs old of 400Blk Lancaster Ave., Lancaster PA was arrested and charged with Terroristic Threats (M1) after Victim stated the Suspect threatened her over the phone while she was on the phone with her mother. Victim stated she was terrified by the Suspect and that he would carry out the threats.

Officers responded to a Robbery call at the Marriott Hotel and Convention Center. The Victim stated she left her residence at 200blk S Queen St and walked north on S. Queen St. on the east side of the street.  Victim stated she crossed E. Vine St at the crosswalk and then turned east onto E. Vine St and continued east and then turned north onto S. Christian St. Victim stated while she was walking she could feel someone behind her as she was carrying her brown leather purse on her right shoulder.  Victim stated that the suspect a black male about 5’8” with a thin build then grabbed her purse from behind and attempted to steal her purse.  Victim stated that she resisted and that’s when the Suspect shoved her to the ground and took the purse.  The Suspect was last seen running towards E. Vine St and S. Queen St.  The Suspect was wearing a black baseball cap, gray/black jacket and dark jeans.  The Victim stated that the purse contained a black in color Samsung Galaxy S10 with a pink and white case, black and white wallet with Eiffel tower design, cash, a PNC debit/credit card and a resident card.  This is an ongoing investigation.

Officers responded to a shot fired call on the intersection of E. Strawberry St. and Dauphin St. in Lancaster City.  While walking towards the reported intersection the Officers observed a male who stated that while taking out the trash he saw a female walking north on E. Strawberry St and then heard a very short fight or struggle, followed by a gun shot.  The NOI stated that after the gun shot a Hispanic male with light complexion approx. 5’8” wearing dark pants, white t-shirt, was seen running south on E. Strawberry St then east bound on Dauphin St.  NOI stated that the male was running with a purpose and did not see the female after.  While Officers walked with the NOI on E. Strawberry St, the NOI pointed down to the sidewalk where a spent casing was.  The spent casing was collected and photographed for evidence.  This is an ongoing investigation.

R/P stated that sometime between the listed hours, a casual acquaintance was at his residence and during that time frame, he believes that the black male in his 30’s took a coffee can that contained quarters.  R/P stated that he discovered the coffee can missing two days later when he went to use the money to do laundry.

R/P stated he walked out to his truck which is a 1994 black Chevrolet Silverado K2500 and noticed that his license plate was gone.  R/P stated he spoke to a neighbor who stated that over the weekend he had seen a bunch of kids playing in the area and it could have been when the license plate was stolen.  There are no video or witnesses to this incident and no suspects.  The license was entered as stolen in NCIC. 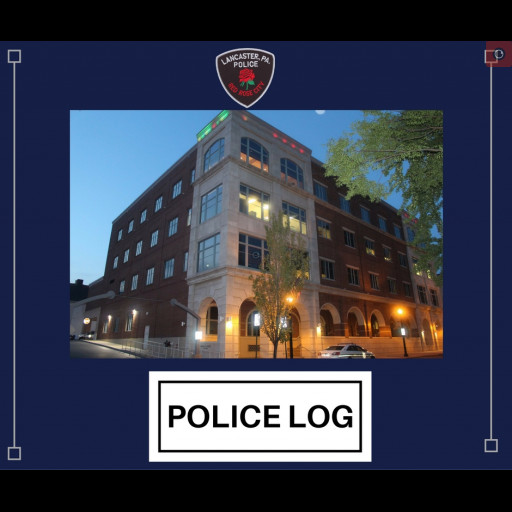