UPDATE: A Lancaster man will serve up to 15 years for selling heroin bags – which actually contained pure fentanyl – to a West Lampeter Township woman who fatally overdosed.

James Wueschinski, 27, recently pleaded guilty to felony drug delivery resulting in death regarding the July 22, 2018, overdose incident at a home on Hollinger Road.

Wueschinski, known by the nickname “Dizzy,” will serve 5 to 15 years in prison, in accordance with a plea agreement arranged by Assistant District Attorney Barry Goldman.

Police and prosecutors determined Wueschinski was dealing for profit; he was selling on a Lancaster city block at the time of the transaction that led to the woman’s death. There was no personal relationship between Wueschinski and the victim.

In drug delivery resulting in death cases, prosecutors consider a defendant’s “dealer” status, their cooperation (or lack thereof) with police, and prior record.

The investigation involved a surviving witness who was with the victim during the purchase of heroin from Wueschinski.

Police also had cellphone evidence, including a text message Wueschinski sent indicating he sold to the victim.

Wueschinski was ordered to pay $6,358 restitution regarding funeral costs.

On Sunday 22 July 2018 at 1844 hours the West Lampeter Police, along with Lancaster EMS and Willow Street Fire Co., were dispatched to the 2100 block of Hollinger Road for a cardiac arrest.  When first responders arrived, it was quickly determined this was a drug overdose involving heroin.  Emergency life saving measures were ineffective and the victim was unable to be revived.  The Lancaster County Coroner’s office was called to the scene and the victim, a 34-year-old female resident, was pronounced dead at the scene.

On Tuesday 24 July 2018, with the approval of the Lancaster County District Attorney’s office, Detective Heinly filed a criminal complaint with Magisterial District Justice Benner’s office for one count of felony drug delivery resulting in death.  An arrest warrant was issued for James Gregory Patrick Wueschinski, W/M/26 of Lancaster.

Wueschinski was apprehended in Lancaster City by SEU on the evening of Tuesday 24 July 2018.  He was arraigned by MDJ Russell and bail was set at $500,000.  Wueschinski is currently in Lancaster County Prison.

West Lampeter Police ask that if anyone has information regarding this incident to contact them at 717-464-2421.  All suspects are innocent until proven guilty in a court of law. 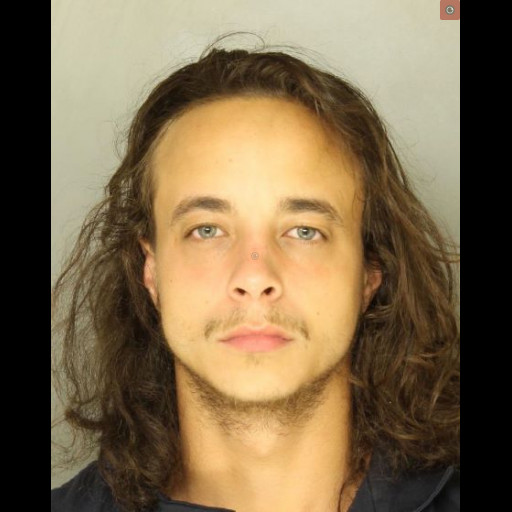