Each year the West Hempfield Township Board of Supervisors recognizes members of our police department and/or citizens in our community for actions that they had taken during the previous year that are believed to have been above what is expected of them and in some instances, have helped save or prolong a life of another individual.  On May 1st at the Board’s regularly scheduled monthly meeting, the Board recognized several officers for their actions or commitment of service to the communities of West Hempfield Township and Mountville Borough.  They also recognized two officers whose dedication to assist others with debilitating diseases by organizing an annual fundraiser.  Additionally, the Board further recognized a service organization and a local business for their support of our police department by way of making monetary donations for equipment.

Chairman Dumeyer also like to mentioned that although not being presented with certificates tonight, he wanted to acknowledge four (4) officers who were involved in saving the lives of six individuals who overdosed on drugs and had to be administered “Naloxone.”  All individuals survived because of the officers’ quick actions as well as the fact that they were in possession of Naloxone.  These officers are; Officer Michael Murray (two incidents), Officer John Schwab (two incidents), Corporal Douglas Ober and Officer Karl Hartranft.

He would further mentioned that earlier this year the United States Marine Corps Reserve honored three (3) officers for their assistance with the 2017 Toys for Tots program.  Those officers recognized were: Corporal Douglas Ober, Officer Bart Hollis, and Officer Ben Johnson.

Life Saving Award – The Life Saving Award is awarded to individuals whose actions that, if not performed, would, beyond a reasonable doubt, have resulted in the death of a person or persons.

On Friday, August 25, 2017, officers were dispatched for a suicidal person at the Mainstay Hotel on Primrose Lane in West Hempfield Township.  Upon arrival, Officers Small and Hartranft found a subject in his hotel room holding a pistol to his head. The officers were able to evacuate the surrounding area and protect other emergency responders while attempting to talk to the individual.  The officers were able to successfully defuse the situation.  In the words of their on-scene supervisor; “I truly believe that because of Officer Small and Hartranft’s bravery, professional demeanor, quick thinking, and their ability to calm the suicidal individual down, and had without a doubt, defused a deadly situation.”  The individual was taken into custody and transport to a local hospital for evaluation.

Chairman Dumeyer mentioned that both officers are trained members of the Lancaster County Crisis Intervention Team.

The next award presented was the Commendation Award.

The Commendation Award is awarded to an officer for an outstanding act that involved performance above and beyond their basic assignment.

Since 2014, officers from across the county participate in a local fund drive that was started by Office Watt of East Hempfield Twp. Police Department to raise money for local first responders and/or their families who are suffering from cancer or other debilitating disease or organizations that help these individuals and their families.  Officers Watt and Bowermaster have been leaders in this effort known locally as the Beards for Brothers Campaign.  Various police departments throughout the county now participate.  Since 2014, approximately $30,000 has been raised.  Monies have gone to two different organizations and most importantly to a junior fire fighter from West Hempfield Fire & Rescue and the daughter of a Lancaster City Police Officer, both who have been suffering from rare diseases.

Our next set of Commendation Awards were presented to Corporals Douglas Ober and Ryan Draper.

On January 30, 2017 just before 4:00 pm, officers were dispatched to the Union Community Bank for a bank robbery that had just occurred.  A description of the subject was broadcasted over the police radio.  Corporals Ober & Draper were just returning to station from a training class and responded while still in civilian clothing and in an unmarked police vehicle.  Corporals Ober and Draper check an area motel and were able to quickly determine the identity of the suspect.  Further information determined that the individual had been seen in the area of The Shoppes at Prospect.  Corporals Ober and Draper responded to the area and located the subject in a crowded restaurant.  They were able to take the subject into custody without incident and with no other restaurant patrons being endangered.

The next award presented was the West Hempfield Township Police Department’s Perfect Attendance Award, which once again was presented to Officer John J. Schwab.

The Perfect Attendance Award is awarded to an officer who takes no time off during a specific calendar year for injury or illness.  Additionally, the officer is required to have reported for his/her scheduled shifts on time and prepared for duty.

Chairman Dumeyer then presented the West Hempfield Township Police Department’s Certificate of Appreciation, which was awarded to the Paul Revere Leber Post #372 of the American Legion and Buckeye Corrugated, Inc. All-Size Division.

The Certificate of Appreciation is awarded to citizens, organizations or businesses that distinguish themselves through the accomplishment of an extraordinary act or service to the Department or to the community.

Each of these organizations made significant contributions to the West Hempfield Township Police Department, which enabled the Department to purchase equipment, training supplies, community outreach & educational supplies, and first aid equipment/supplies to augment the department’s current first aid supplies.  All of this equipment or supplies is above and beyond what the department was able to budget for in its 2018 expenditures.  There is no doubt that the officers and the community will benefit from these contributions.

For their contributions, the Paul Revere Leber Post #372 of the American Legion and BCI All-Size Division are hereby presented the Certificate of Appreciation.  Accepting the certificate for BCI Allsize was Pam Snader.

The final award of the evening was the 2017 Officer of the Year.

Officer of the Year is awarded to an officer who distinguished him/herself through either an accumulation of exceptional contributions or a single incident, and whose actions clearly place the individual well above others of equal rank or grade. Areas of recognition include, but are not limited to extraordinary valor, positive community impact, administrative accomplishments, crime prevention, training programs, traffic safety and innovative approaches to public service. This individual shall have truly represented the department in a favorable light, having reflected the vision and mission statements in his/her daily actions.

The 2017 Officer of the Year is Officer Michael P. Murray.

Officer Michael P. Murray has been a member of the police department only since January of 2016.  He has been assigned to the patrol division since his employment, assigned to “B-1” Platoon.  During his time, he has distinguished himself as a leader in the number of both criminal arrest and in traffic enforcement.  Officer Murray has also displayed exceptional courage, fortitude and resourcefulness during critical incidents and has effectively testified in numerous criminal prosecutions leading to the successful convictions of dangerous felons.  Officer Murray further strives to enhance intradepartmental effectiveness by promoting public trust and confidence and a positive image of the department.  In the words of his immediate supervisor, “He (Officer Murray) should also be recognized for his positive attitude, eagerness to excel, and willingness to promote West Hempfield Township as a safe, healthy, and vibrant community in which to live and work.” 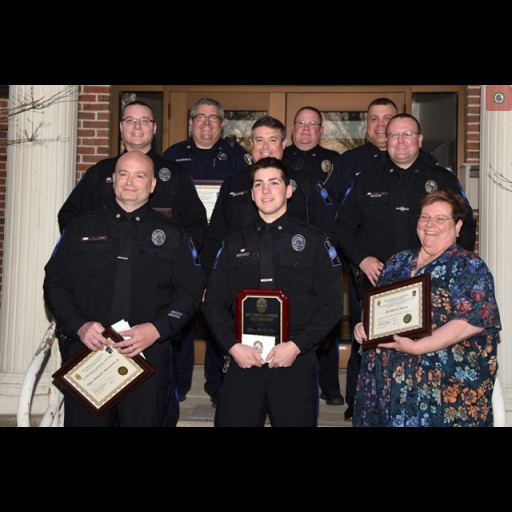 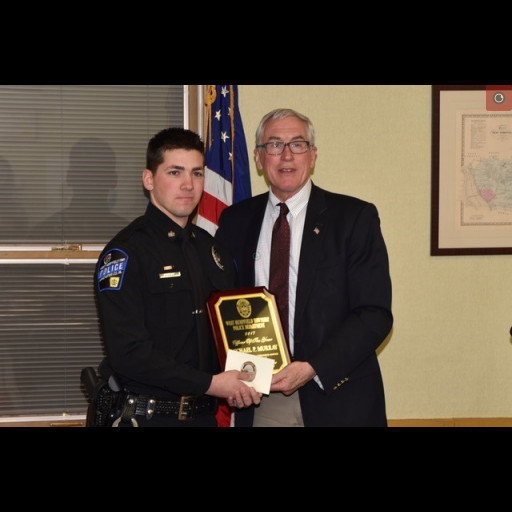 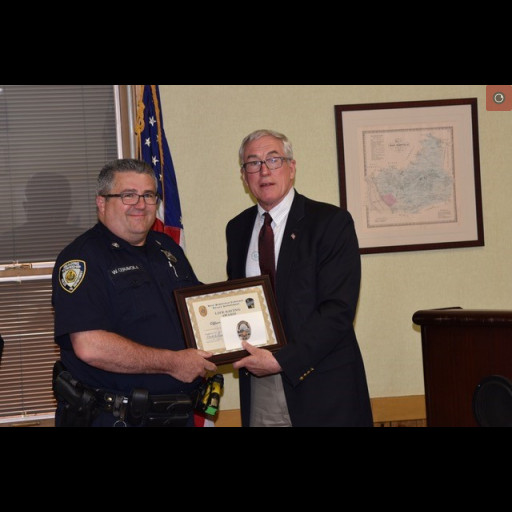 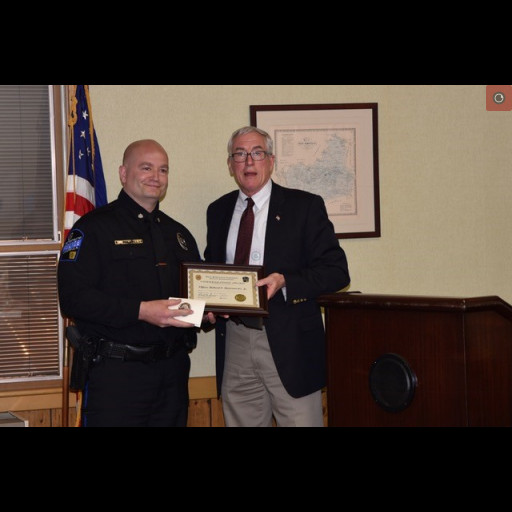 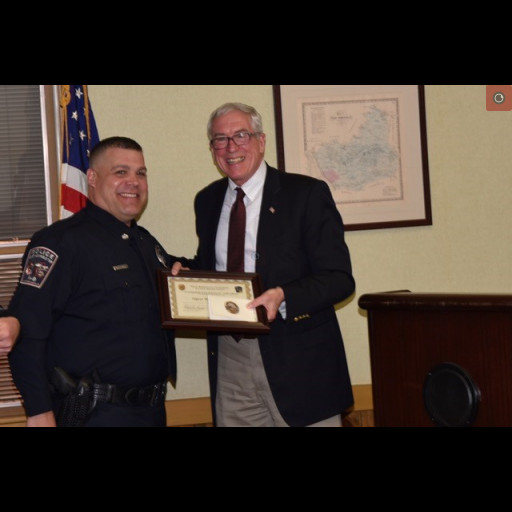 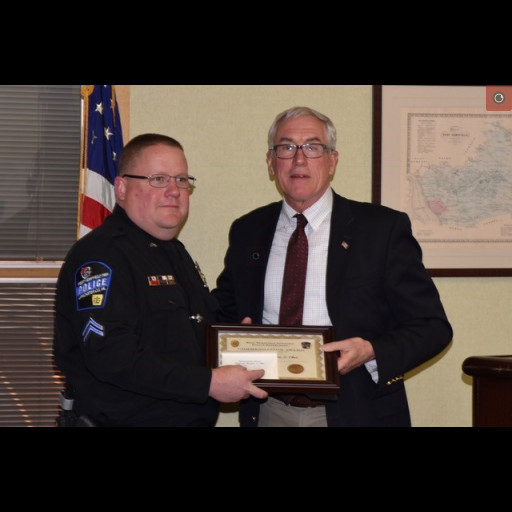 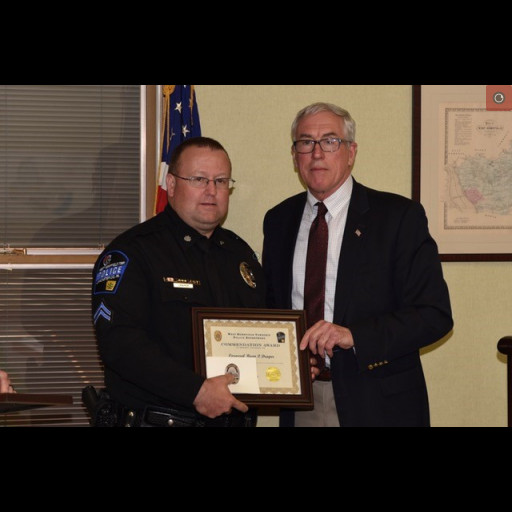 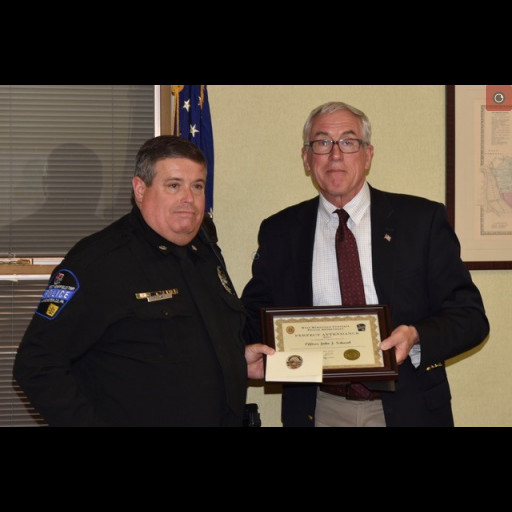 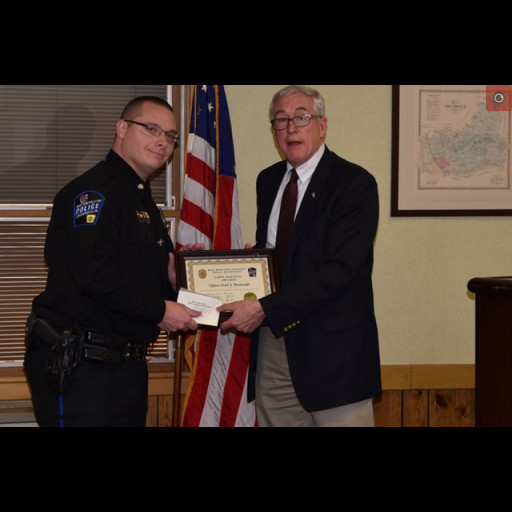 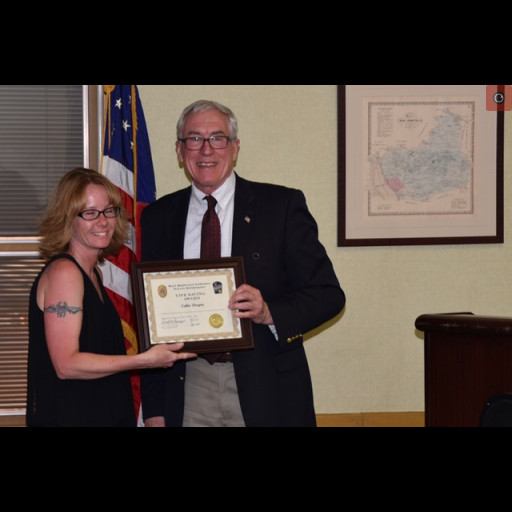 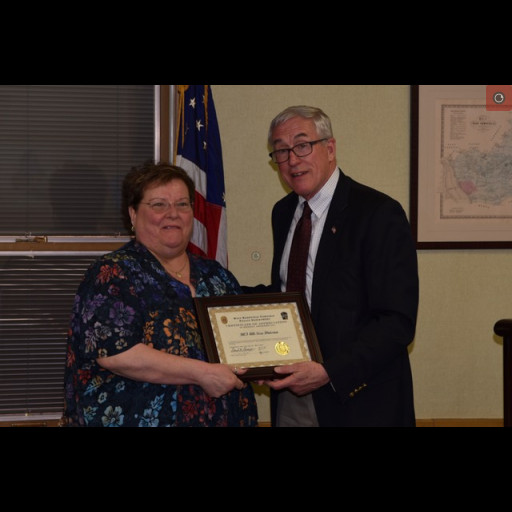 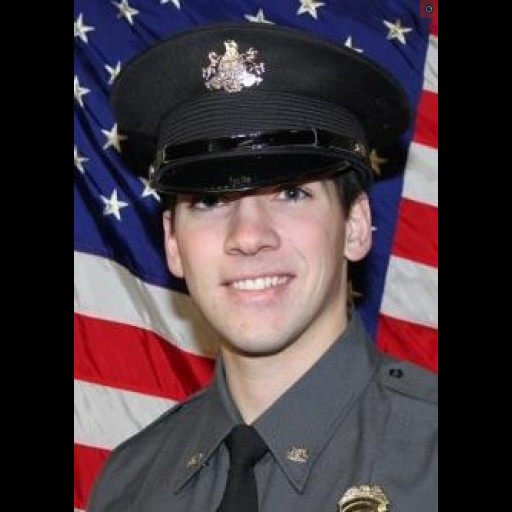