West Earl Police were dispatched to investigate a vehicle accident which occurred in the 4100 Block of the Oregon Pike on Saturday, March 2, 2019 at 1:50 P.M.

Investigation indicates a vehicle operated by Jeffrey Long, age 29, of Lancaster, PA, was traveling north on the Oregon Pike and struck a vehicle which had been traveling south on the Oregon Pike and was stopped in the center turn lane, awaiting to make a left turn.  This vehicle, which was hauling a storage shed on a trailer, was operated by Jason Peachey, age 46, of Strasburg, PA.

A piece of wood from the storage shed impaled the vehicle operated by Long, causing injury to him.  Another passenger in Long's vehicle, Patrick Elliot, age 31, of Reading, PA, was also injured.  Both Long and Elliot were transported to Lancaster General Hospital, by ambulance, for injuries sustained in the crash.

Oregon Pike was closed for approximately one hour during the investigation and clean up of the crash scene.

Investigation into the cause of the crash is continuing 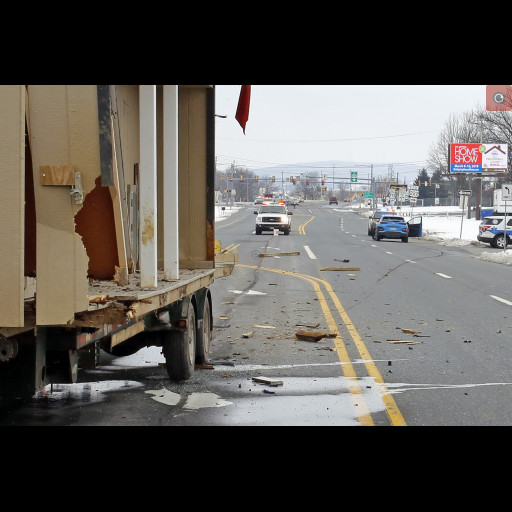