An alert NLCRPD patrol officer executed a traffic stop at 07:00 hours on Route 501 in Warwick Township this morning. An Audi sedan was observed in display of a counterfeit inspection certificate. During the traffic contact the officer became suspicious of various behaviors of the driver and items related to drug abuse and possession. The operator was arrested. The vehicle was seized, and a search warrant was obtained. The driver was transported to the NLCRPD for arrest booking. A Live scan identification verified the identity of the subject who is a previously convicted felon with a lengthy criminal record. The vehicle and three thousand dollars in cash in possession of the driver were seized as evidence. Subject was transported to await further legal process. More details will be released as they become available. The methamphetamine value remains undetermined. The Office of the Lancaster County District Attorney and the Lancaster County Drug Task Force were advised of the arrest and consulted on the arrest and investigation. 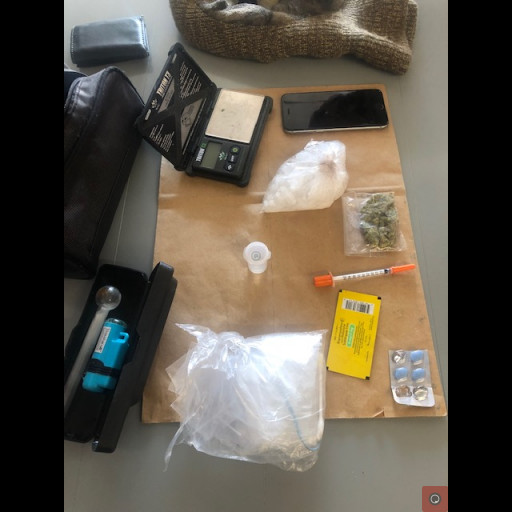