News Release Update – The NLCRPD previously reported that a concerned resident of Clay Township called to report that for the past several days a small goats was sleeping on her porch, she was concerned over the apparent lack of owner for the goat and expressed concern for the unclaimed animal. Since the original posting of this story there have been inquiries to the NLCRPD concerning the outcome and welfare of the animal.

The NLCRPD has made a follow up contacts and can report a happy ending to the story. NLCRPD made contact with the original caller, who said that she no longer has the goat. She further elaborated that an Amish family in a horse and buggy were traveling past her home and the goat began to follow. The man then spoke with the homeowner and said they would adopt and care for the goat. This was found to be agreeable to the homeowner as well as the goat.

The story later continues when a caller to the NLCRPD headquarters said he was calling on behalf of his neighbor the actual owner of the goat. The caller stated that the goat owner had purchased two goats but really only wanted one and are happy that the goat found a new home.

The moral of the story is not every story has a b-a-a-a-a-d outcome. 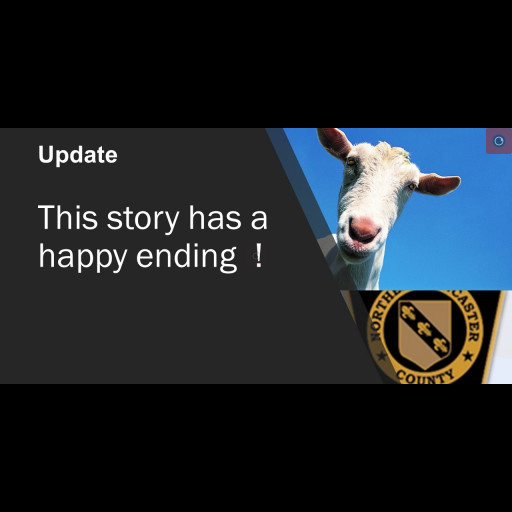