The NLCRPD has multiple units remaining on the scene of a death investigation at a residence in the 400 block of Arrowhead Drive in Warwick Township. The NLCRPD on scene response phase includes members of the NLCRPD Criminal Investigations Unit and Forensic Services Team. The Office of the Lancaster County Coroner are also on scene and involved in the investigation. The Office of the District Attorney has been contacted in accordance with protocol notifications and briefed on the investigation. The deceased is a male adult, age 80 and further release of identity and determinations as to the cause and manner of death will be made by the Office of the Coroner.

This NLCRPD release is being made in response to concerns expressed by nearby residents and to assure community members there is no known existing threat to community safety. 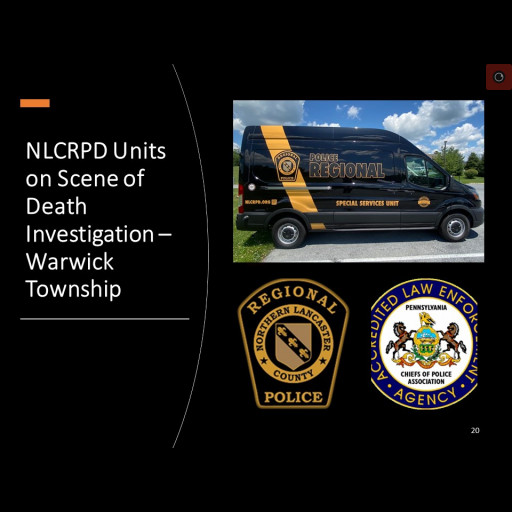