On 01-12-21 NLCRPD was dispatched to the location of Route 501 and East Newport Road for a vehicle accident with entrapment. The driver of a 2017 Toyota Corolla, identified as CATHERINE NJUGUNA, age 27, of the 1800 block of the Stiegle Pike, Myerstown, PA was injured. NJUGUNA stated that she could not exit the vehicle, NJUGUNA was able to exit the vehicle when fire and EMS arrived on scene and provided an exit assist. Warwick Community Ambulance transported NJUGUNA to Lancaster General Hospital (LGH) for further care.

AMBER LEED , age 31, of the 300 block of Broad Street, Terre Hill, PA.the operator of a 2010 Cadillac SRX was also involved in the crash after impact by the Toyota. LEED stated that she was travelling east through the intersection of Route 501 and East Newport Road. LEED stated that her traffic light was a steady green. LEED stated as she was travelling through the intersection, the other vehicle disregarded the steady red-light North on Route 501, causing impact.

Both vehicles had disabling damage and were towed from the crash scene. Fire Services cleaned up debris and fluids from the roadway. NJUGUNA has been cited via summons for failing to stop at the red traffic signal. 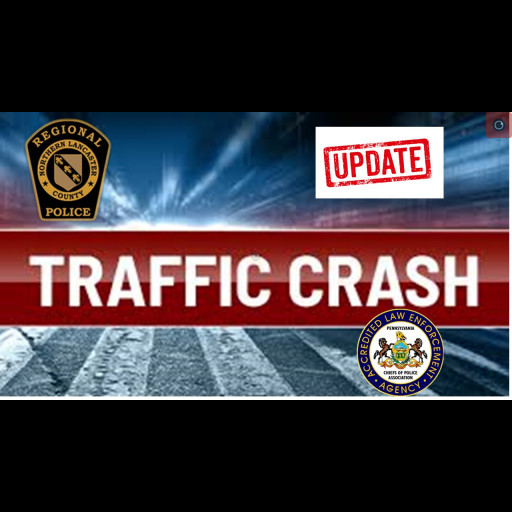