MONEY RAISED FROM THE EVENT DONATED TO CHARITY

Earlier this month, Oregon Dairy in Manheim Township hosted its 1st annual Emergency Responders Pumpkin Carving Contest.  The Manheim Township Police Department, Manheim Township Ambulance Association, and Manheim Township Fire Rescue all participated in the event, where each organization carved a pumpkin and placed it on display.  Visitors to Oregon Dairy voted for their favorite pumpkin carving by making a cash donation to the pumpkin of their choosing.  The total money raised after the friendly competition was to be donated to the Stephen Siller Tunnel to Towers Foundation.

On October 11th, the pumpkins were picked by commanders from each organization.  On October 17th, the carved pumpkins went on display and voting began.  On October 27th, the results were tallied:
1st Place: POLICE - $85.81 raised
2nd Place: FIRE - $83.30 raised
3rd Place: AMBULANCE - $34.03 raised
In the end, the police department was declared the winner!  The Manheim Township Police Department would like to join Oregon Dairy in thanking all of those who came out to vote on a pumpkin carving and helped all three departments raise $203.14 for the Stephen Siller Tunnel to Towers Foundation! 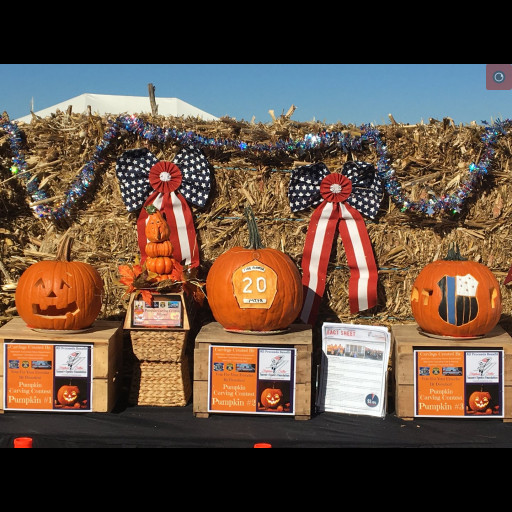 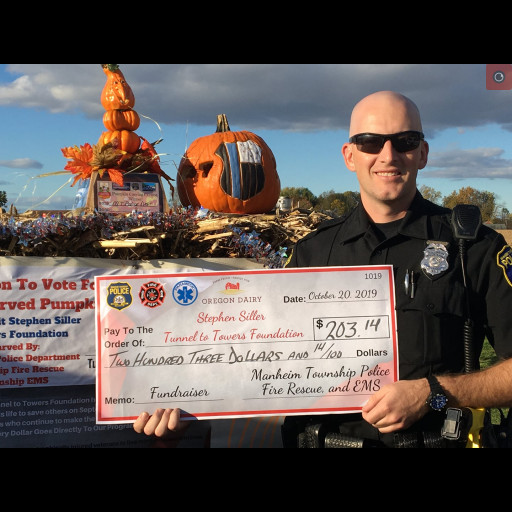