The Manheim Township Police Department is announcing the retirement of Lieutenant Wayne M. Wagner, Jr.  Lieutenant Wagner started as a police officer in 1989 and graduated from the HACC Police Academy that same year.  He was promoted to Sergeant in 2000 and Lieutenant in 2002.  While a Lieutenant, Wagner spent time as Commander of each of the department’s three Divisions.  Over his 31 years of service, he was named Officer of the Year three times, and received the Chief’s Award four times.  He was also the recipient of numerous Letters of Praise and Commendations, including one Lifesaving Award.

A retirement ceremony was held on his last day, January 17, 2020, which was attended by his family, numerous employees, retirees, and dignitaries, all of whom praised the service he gave to his community.  He was presented with his original job application, retirement badge, and several proclamations.

Lieutenant Wagner will be missed. We thank him for helping to make our community safer! 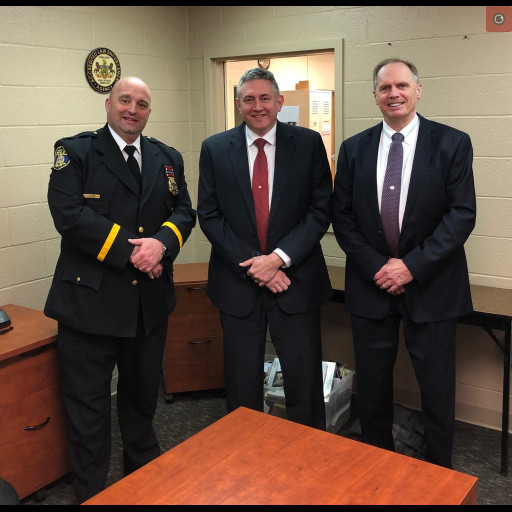