Sometime during the week of May 1, 2022, Wheatland Middle School Principal Don Trost received an unusual letter in the mail.  A man named Jim McMullin included newspaper clipping along with his hand-written note.  He wanted to know if the school still had a trophy won by the Lancaster Township Junior High track team of 1942.  The news article included a photograph taken of the track team.  Mr. McMullin can be seen in the bottom center of the photo holding the trophy.  He wanted to take another photo in front of the old Junior High School (now Buchanan Elementary).  Here is what his letter said:

Because of the war, only one track meet was held for Lancaster County Junior High Schools.  This was our team that year.

The year before, 1941, Colin Engle took us to attend the Penn Relays at Franklin Field where we saw Barney Ewell compete.

That year Jim Ault (#1) and I were the only 7th graders to receive Junior Achievement Awards.

If in fact Wheatland still has the trophy, I am asking if I can borrow it so my 71 year old daughter can photograph me holding it at the same place in front of what was then Lancaster Township School?

Since the letter referenced Mr. McMullin being a police officer, Principal Trost reached out to the School Resource Officer (SRO) Manheim Township Officer Scott Neff.  Officer Neff and Mr. Trost were able to search some storage areas in the school and locate the trophy.  Officer Neff was able to polish the trophy and give it a fresh shine.  Officer Neff then set out to surprise Mr. McMullin.

Officer Neff was able to contact Mr. McMullin’s daughter and arrange for her to bring him to Buchanan Elementary for a surprise.  On Tuesday, May 10, Officer Neff, Mr. Trost, and Sergeant Waltz gathered at the school and welcomed an emotional Mr. McMullin to the school.

Mr. McMullin posed for a few photographs and then was surprised again when Mr. Trost hold him to keep the trophy.

Thank you to Officer Neff and Mr. Trost for the effort they gave to make this happen! 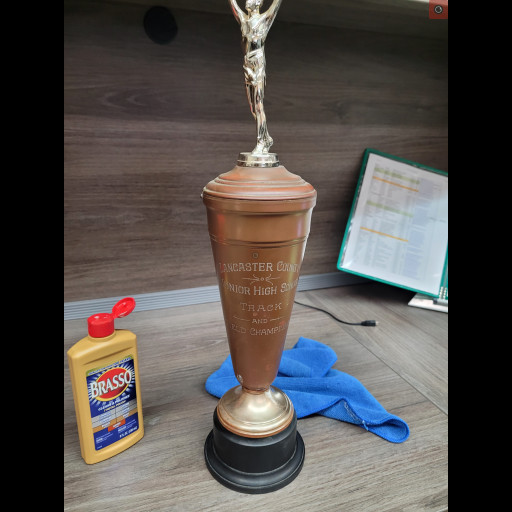 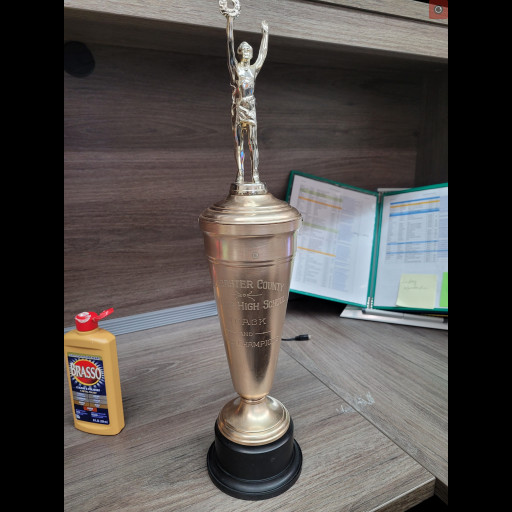 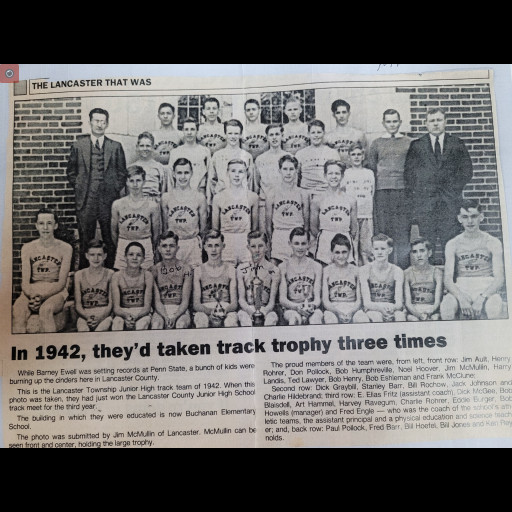 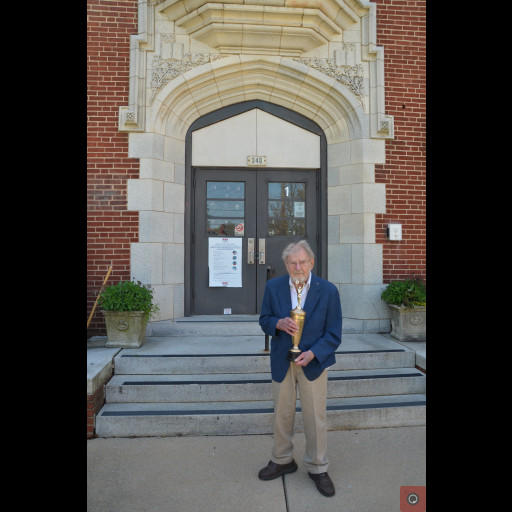 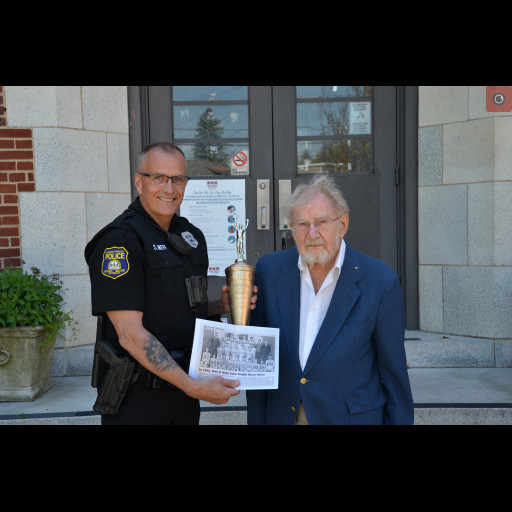 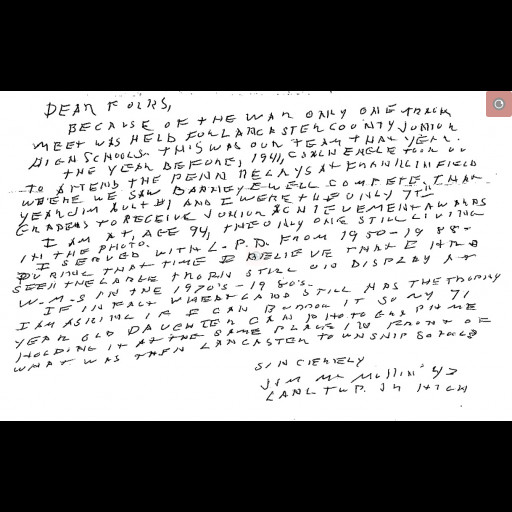