Today we remember Chief Douglas A. Shertzer, Sr., on the fifteen year anniversary of his line-of-duty-death (LODD).  We honor his sacrifice and continue to offer our thoughts and prayers to his family and friends.  Chief Shertzer was killed in a motorcycle crash while on duty.  He was driving the department's motorcycle through East Hempfield Township when an oncoming car made a left turn in front of him, causing a collision.  He was transported to Lancaster General Hospital where he died a short time later while undergoing surgery.

He had completed a police motorcycle training course earlier in the month, and was driving the department's new motorcycle.

Chief Shertzer had served as chief of the 14-person Lititz Borough Police Department for 10 years, and had served with the agency for a total of 23 years. He is survived by his wife, three children and four grandchildren.

"It is not how these officers died that made them heroes, it is how they lived." - Vivian Eney Cross, Survivor 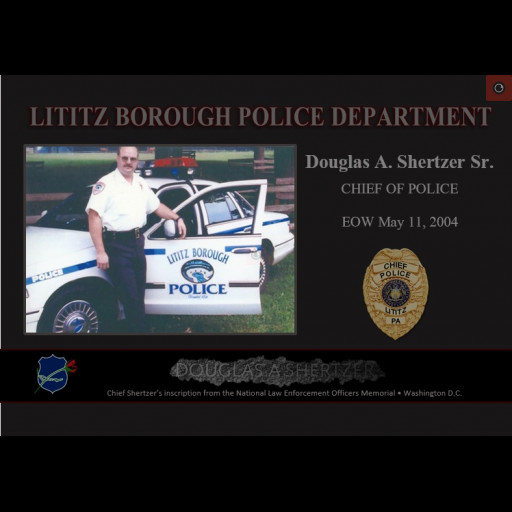