LITITZ BOROUGH - The LBPD will be resuming the seasonal operation of the LBPD bike patrol team. As a result, residences can expect to see bike officers during the course of their daily duties. Officers on the bike team will be periodically assigned to patrol the downtown business district, residential neighborhoods and the park and trail systems. In addition to officer health and wellness, some other benefits of the LBPD bike patrol team include: 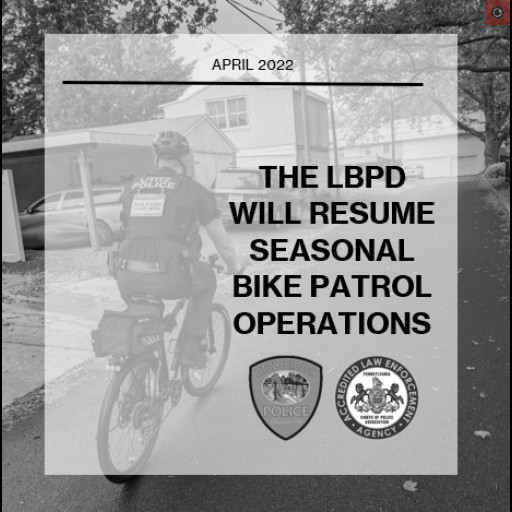