On Thursday January 9, 2020 at approximately 1921 hrs. Officers from Lancaster Bureau of Police, Platoon A, responded to M&M Mini-market at 301 S. Ann St. for a report of a shooting.

Upon arrival, Officers located a (39) year old male resident of Lancaster who had been shot, one time, in the lower back. The victim was transported to the hospital for treatment. The victim's injury was not fatal and he is expected to recover from the injury.

Officers canvassed the area for evidence, witnesses and exterior cameras that may have captured images of the suspect(s)prior to and  after the shooting.

Detectives are conducting follow up investigations into this incident.

Additional suspect information may be updated as any new information is gathered. No arrests have been made as of the time of this press release.

Anyone with information on this shooting is asked to contact Lancaster Bureau of Polce Det. Ryan Burgett 717-735-3412 burgettr@lancasterpolice.com or Lancaster Crime Stoppers at (800) 322-1913, or you can anonymously Text a Tip to Crime Stoppers by using your cell phone. Text LANCS plus your message to 847411. Callers may remain anonymous and do not have to give their names 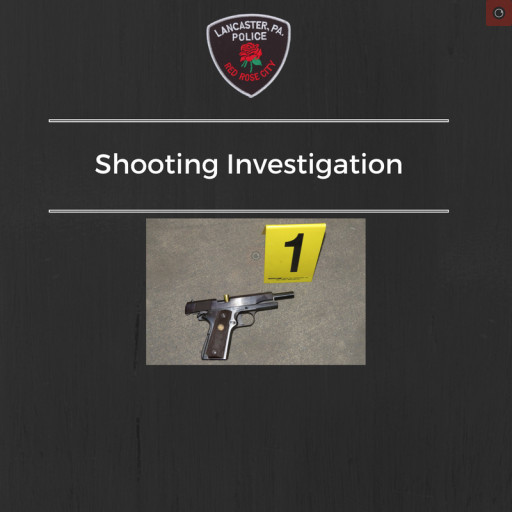