On Tuesday December 22, 2020 (7) new Officers were sworn in to the ranks of the Lancaster Bureau of Police. The Officers all recently completed the Pennsylvania Municipal Police Officers Education & Training Commission (MPOETC) Academy in Berks County.

The ceremony took place at Lancaster City Council Chambers. The added space of Council Chambers allowed those limited in attendance to maintain a social distance while still acknowledging their loved one's milestone.

Chief John Bey and Mayor Danene Sorace were present as the Officers were administered their oaths.

The newest members of the Lancaster Bureau of Police are: 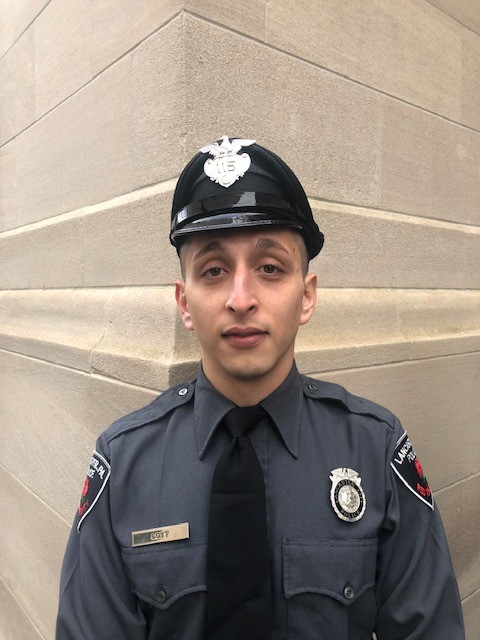 Brian is originally from New York. He graduated from Port Chester High School (NY) in 2012. He went on to obtain an Associates Degree from Herkimer College and a Bachelors Degree in Criminal Justice from Marist College. Brian has previous law enforcement experience with PSP Liquor Control Enforcement. 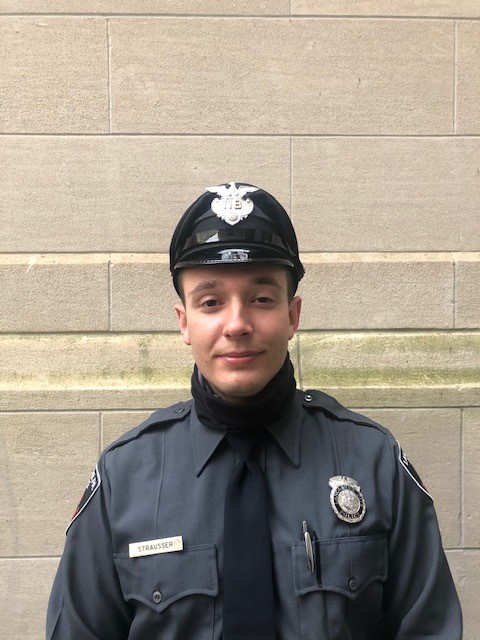 Benjamin comes to us from Berks County, where he previously worked Security at Reading Hospital. Benjamin graduated from Governor Mifflin H.S. He graduated from Alvernia University with dual majors Criminal Justice/ Mathematics. 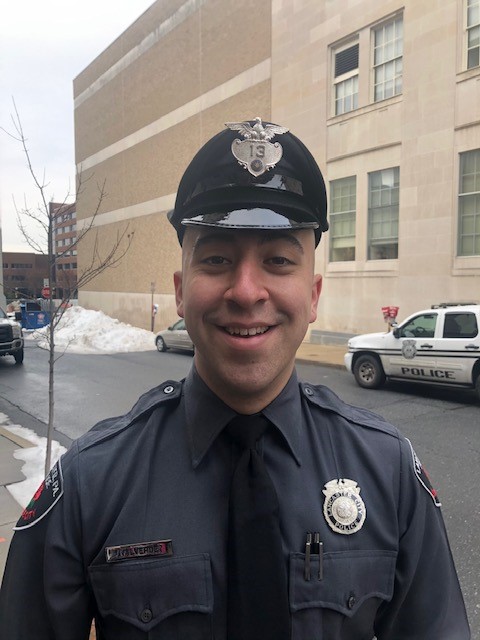 Harry is a Lancaster County native. He graduated from Dayspring Christian Academy in 2016. He attended Alvernia University and York College of Pennsylvania in pursuit of a Bachelors Degree in Criminal Justice. Harry has prior law enforcement experience as a Seasonal Police Officer with Ocean City (MD) Police. 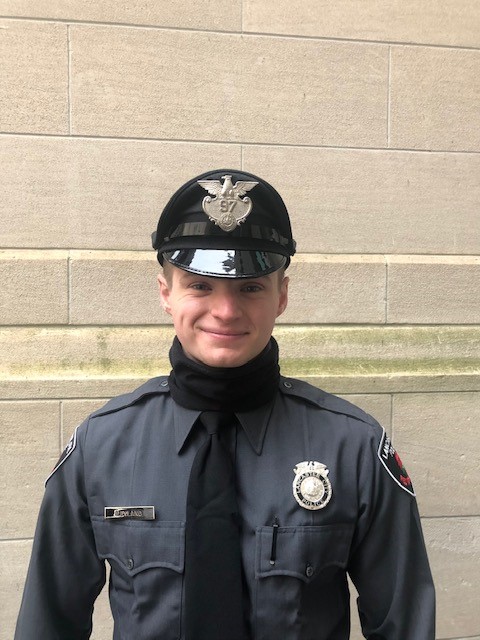 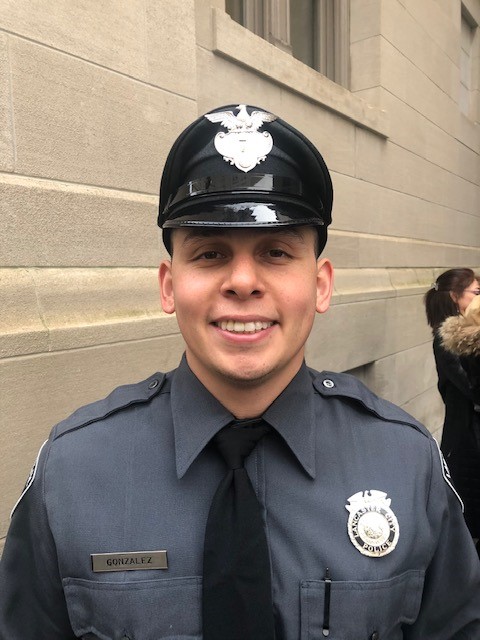 Ivan graduated from Eastern York High School in 2012. He earned a Bachelors Degree in Sociology from Millersville University in 2016. 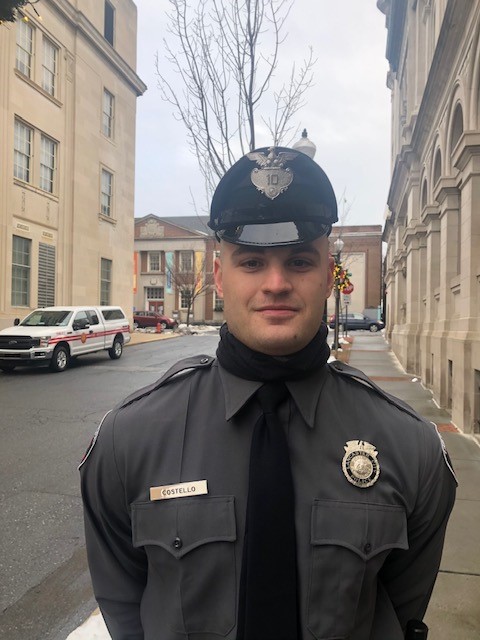 Colin comes to us from Chester County. He graduated from WC Henderson High School. Colin earned a Bachelors Degree in Criminal Justice from West Chester University. 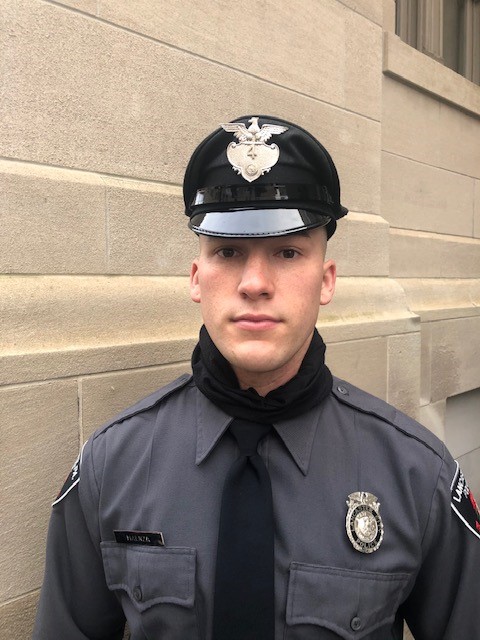 Steven graduated from Hamburg Area High School in 2013. He earned a Bachelors Degree in Criminal Justice from Alvernia University. Maenza was previously a Probation Officer in Lebanon County. He is a member of the PA National Guard.

We welcome our newest Officers and wish them well as they begin their respective careers with the Lancaster Bureau of Police. Here are some additional photos of the event. 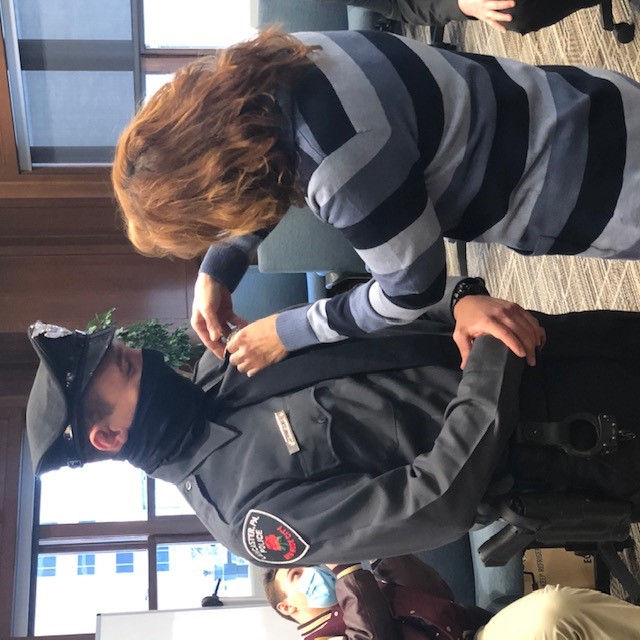 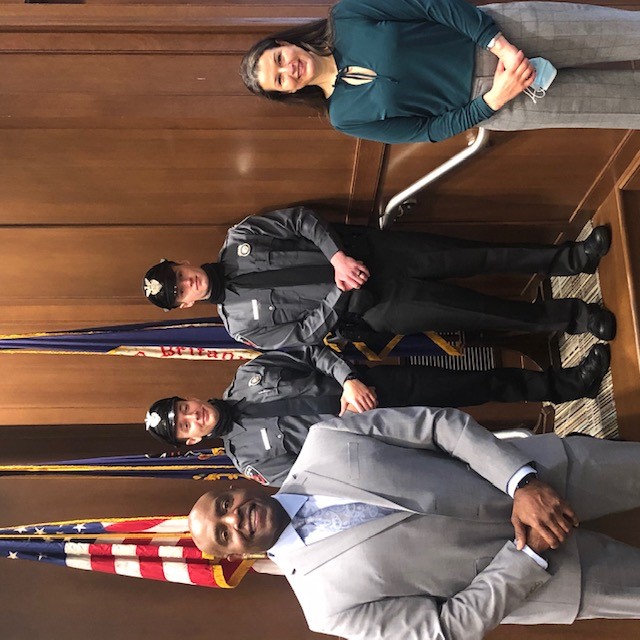 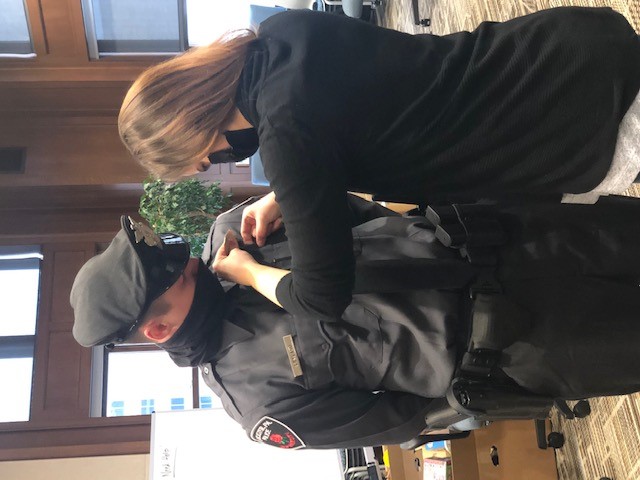 Officer Leyland gets his badge pinned. 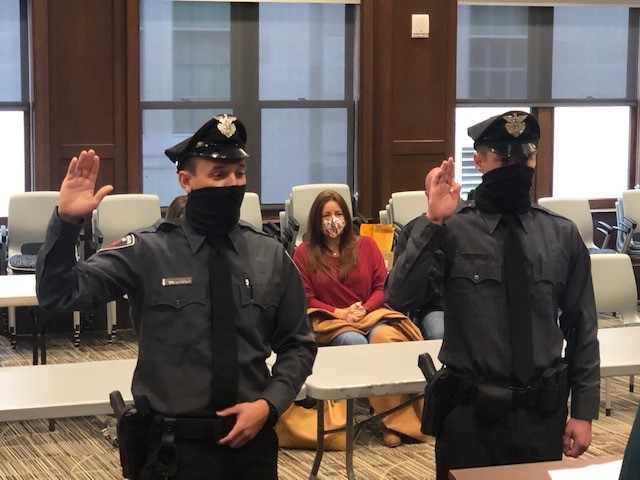 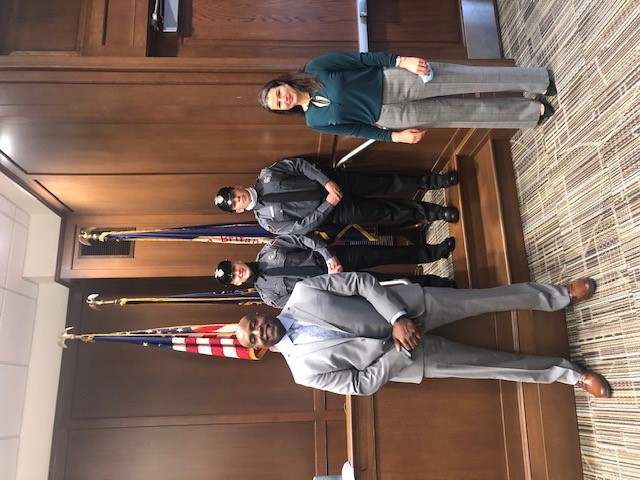 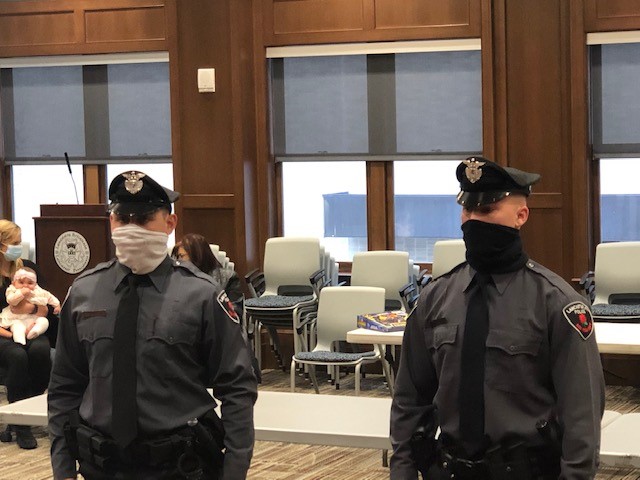 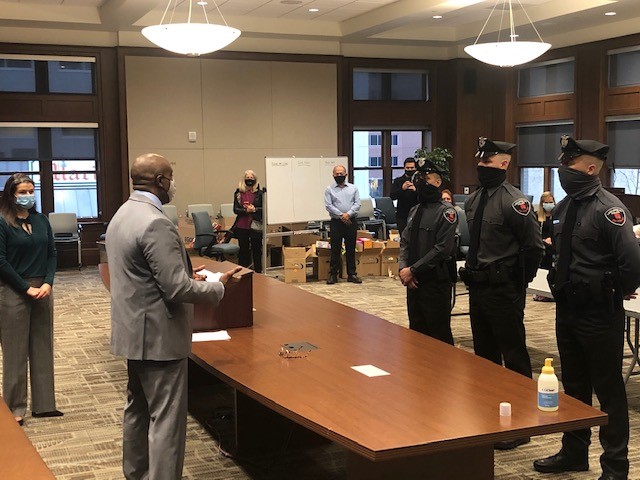 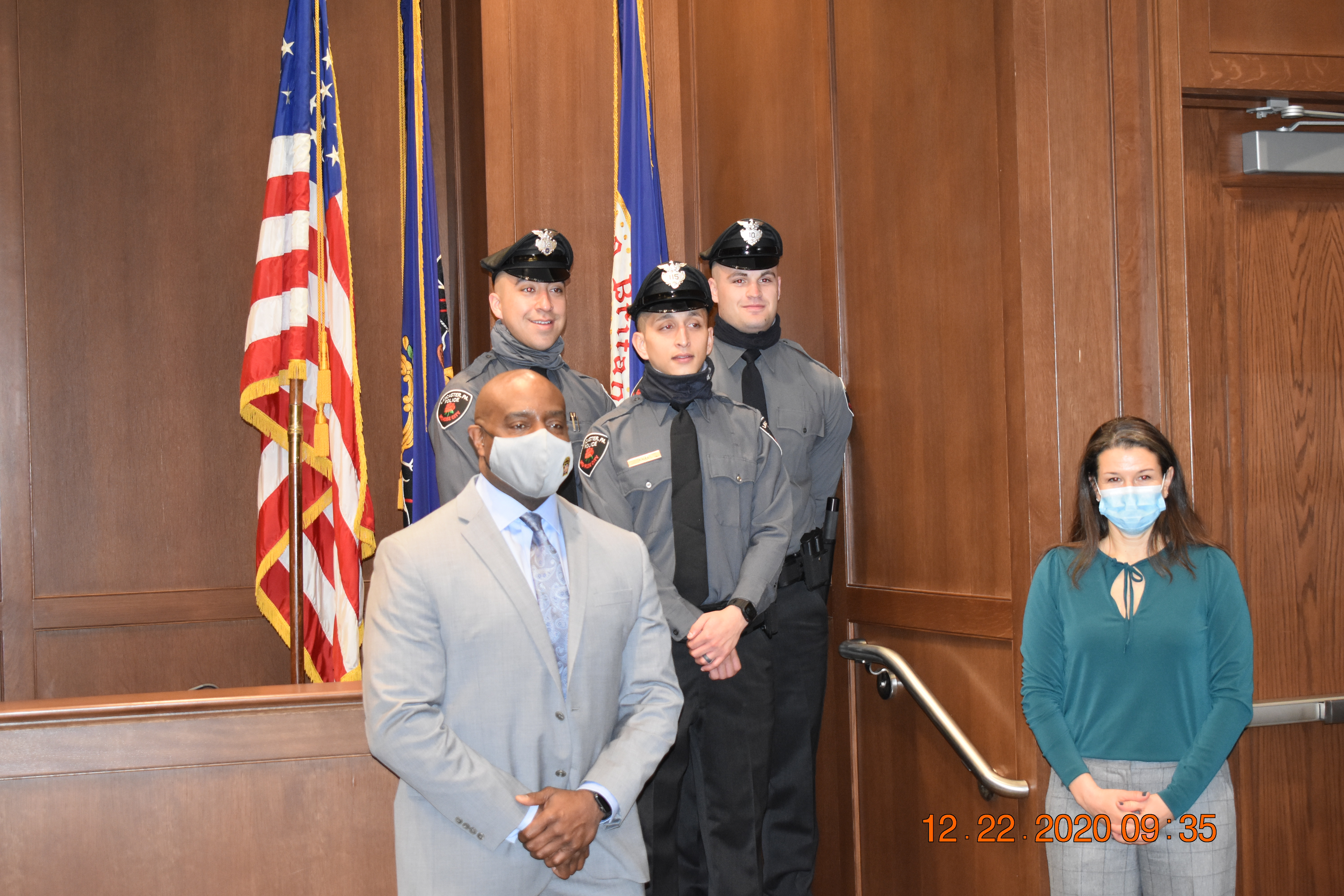 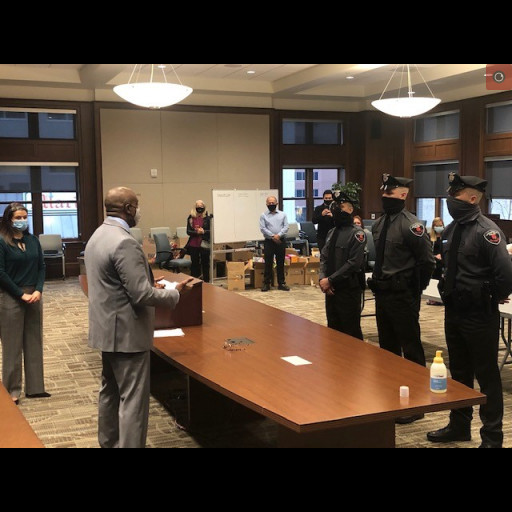