5 Handguns in One Weekend

Officer Yoder and Officer Deibler located a group of suspected juveniles in the 100 block of Locust street, who were violating the Lancaster City Curfew ordinance. The juvenile suspects fled when the officers attempted to stop them. The officers were able to apprehended one of the juvenile suspects after a foot pursuit.

K9 Officer Hatfield arrived first on scene to a dispatched Fight call. Upon arrival, a suspect concealed a firearm in his waistband and subsequently fled, ditching the firearm as K9 Officer Hatfield pursued him. The suspect was apprehended and the firearm, a black in color 9mm Glock 43 was located. The firearm was determined to be stolen as well.

Charges: 1 count of Receiving Stolen Property (F2), 1 count of Carrying a Firearm Without a License (F3) and 1 count of Persons Not to Possess a Firearm (M1)

B Platoon Officers responded for a report of juveniles breaking into vehicles. Upon arrival, three juveniles fled on foot and were pursued. B Platoon Officers pursued and apprehended one of the juveniles (caught by Officer Chubb), who ditched a PF9400 Polymer 80INC (Glock Style 80%) gray 9mm Semi-Auto Handgun with one round in the chamber and a Glock Style magazine containing 16 9mm rounds. One of the other juveniles (NOT APPREHENDED) ditched a black in color PK380 WALTHER S&W handgun.

Charges: 1 count of Carrying a Firearm without a License (F3), 1 count of Possession of Firearm by a Minor (M1), and 1 count of Unlawful Conduct of a Minor (S)

B Platoon Officers responded for a dispatched Weapons call. The RP witnessed an intoxicated male get into a vehicle before driving away; this intoxicated male dropped a firearm when entering the vehicle. A different male subject walked by the firearm afterwards, picked it up, and concealed it in his waistband while walking north on N. Queen Street. B Platoon Officers stopped this male subject who possessed the firearm on the 100 block of E. Lemon Street. This firearm was a black and silver in color Smith and Wesson 9mm semi-automatic handgun. The suspect also had a bundle of heroin on him.

Charges: 1 count of Theft of Property Lost, Mislaid, or Delivered by Mistake (F2), 1 count of Persons Not to Possess a Firearm (F2), 1 count of Firearms Not To Be Carried Without a License (F3), and (1) count of Possession of a Controlled Substance (M) 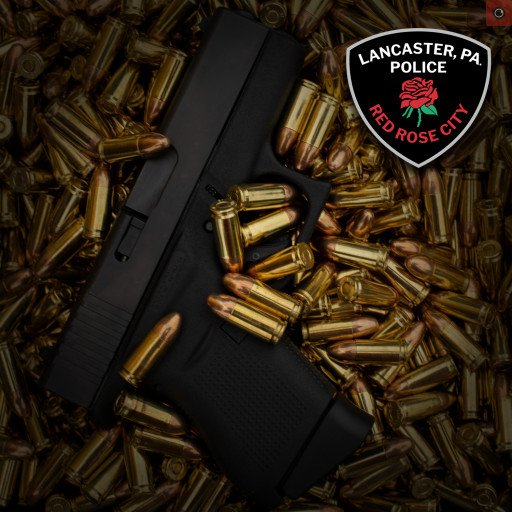