A few days ago, there was a post uploaded to a personal Facebook page from a resident of the Borough of Elizabethtown.  In this post, the resident expressed a number of concerns about a traffic stop that was conducted by several of our police officers that involved a member of her family.

I want to say that I am very disappointed that this individual was less than pleased with the service that was provided by our officers, and I wish that she would have reached out to me to discuss the issue.  The Elizabethtown Police Department works very hard to provide the best coverage and service to the residents and visitors of Elizabethtown Borough without regard to any individual identifying feature.  As soon as I learned about the allegations, I immediately launched an investigation to ensure that the Officers of the Elizabethtown Police Department were not treating anyone within our jurisdiction improperly  .  Without going point-by-point to refute the accusations that were made against our officers in this social media post, I can tell you that there was absolutely no evidence that there was any bias displayed during the course of the interactions between our officers and the citizens with whom they were working.

There was an unfortunate misunderstanding between one of our officers and the County dispatcher, and this caused us to make a traffic stop for a violation that was not, in fact, accurate.  However, the officers on scene were polite and professional during the entire encounter, and there was absolutely no evidence of any disparate treatment of these citizens during this stop.

I have posted the entire length of the video from the body-worn camera from the officer that initiated this enforcement stop (properly redacted for privacy of those involved) so that you may go and judge for yourself as to whether the officers acted appropriately or not.  I am extremely proud of these three members of the Elizabethtown Police Department in the professionalism and dedication that they displayed as they investigated this incident and came to an accurate conclusion.

As the Chief of Police, I take pride in the level of professionalism and transparency that we embrace here at the Elizabethtown Police Department.  I would encourage anyone who would like to discuss this further to contact me at cunninge@etownpolice.org and we can arrange to have a conversation about this, or any other incident.

(NOTE - the first 30 seconds of the video does not have audio.  The audio will pick up after that) 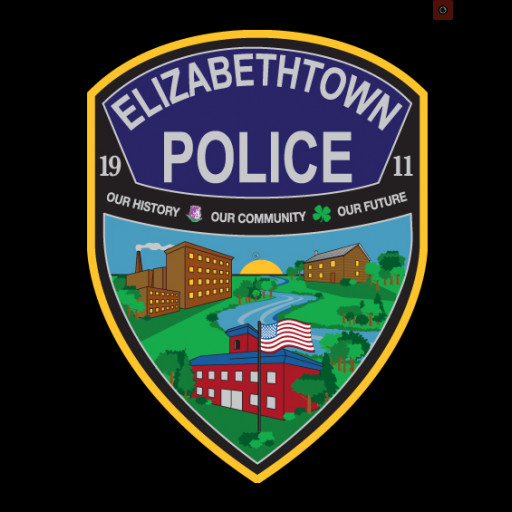