Woman Pleads No Contest, is Sentenced for Multi-Vehicle Crash in Lititz that Killed 2 Students

A Mount Joy woman pleaded no contest and was sentenced Tuesday for causing a multi-vehicle crash near Warwick High School that killed two students as they were leaving school in 2018.

On Tuesday in Lancaster County Court, Slaymaker-Walker pleaded no contest to two counts of involuntary manslaughter and one count of reckless endangerment.

In accordance with a plea agreement, Lancaster County Judge Donald Totaro sentenced Slaymaker-Walker to 10 years of probation, which will include a driving ban during that supervision period.

Slaymaker-Walker was ordered to pay $31,748 in restitution and is banned from all contact with the victims and their families.

Lancaster County Judge Donald Totaro accepted the plea terms and ordered sentenced at the conclusion of a two-hour hearing.

“The prosecutor takes an oath to uphold the law and makes decisions that are sometimes not popular,” Judge Totaro said. “Based on my review, I cannot find fault in the decision made by the district attorney.”

Slaymaker-Walker, 64, was originally charged in December 2018 with two counts of third-degree murder, among other charges. However, during the court process, we received additional information about Slaymaker-Walker’s medical condition that caused us to reevaluate charges and conduct further investigation.

Over the past year, multiple doctors, including epileptologists, authored reports stating Slaymaker-Walker appeared to have a seizure event or events around the time of the crash. The doctors opined that Slaymaker-Walker’s actions were caused by epileptic seizures – which she could not have anticipated – and that during this period of seizures she was not capable of conscious judgement. Therefore, her degree of criminal responsibility is greatly affected.

Our office weighed that medical information with the actions before, during and after the crash, as well as evidence gathered in the initial investigation, to develop an appropriate prosecutorial course.

Third-degree murder involves the presence of malice. Considering the doctors’ opinions (rendered to a reasonable degree of medical certainty), reports and supporting medical information, we feel we cannot establish at trial that Slaymaker-Walker acted with malice at the time of the crash. We also would face a significant hurdle in securing a conviction on the remaining charges.

The resolution that was reached ultimately considers Slaymaker-Walker’s actions and medical condition, provides financial restitution to the victims, and prioritizes public safety by prohibiting her from driving.

Our office had multiple discussions with the victims and families about this resolution. We outlined all elements of the case, including the medical specifics, and reasons for our decision to offer this plea – as opposed to pursuing the case at trial.

We understand this plea resolution does not provide the full closure they are seeking. We offered full transparency while explaining our course of action, and that we carefully weighed the strength of our case after the reports had been submitted. We stand by this decision in consideration of all evidence and the necessity to ensure community safety.

No prosecution course, or sentence, will provide full closure or restore the tremendous loss resulting from this crash. This tragic incident impacted not only the victims, their relatives and friends, but also the entire community.

That community includes the Warwick School District and the police departments that investigated the crash incident.

We had discussions with school officials, since the date of the crash, and commend them for their graciousness and strength in supporting the many impacted students, families, staff and residents.

The Lititz Borough Police Department did the bulk of the investigative work, with assistance from Northern Lancaster County Regional Police Department (regarding activity in their jurisdiction). Both departments were heavily invested in this case, and we thank them for their professionalism throughout.

After the filing of initial charges, the shift from the original murder charges was not a response to the police investigation; rather the plea was proposed after fully understanding the weight of the medical information and expert opinions that posed a significant hurdle to a guilty verdict at trial.

Slaymaker-Walker worked a morning shift at an area McDonald’s on the day of the crash.

About 3:12 p.m., Northern Lancaster County Regional police responded to reports of a reckless driver on Temperance Hill Road (Route 772) in Penn Township. Police received reports that the driver of a Kia SUV (determined to be Slaymaker-Walker) was unresponsive in her vehicle when a bystander knocked on her window.

At 3:18 p.m., Slaymaker-Walker’s Kia struck the rear of a school bus on Green Acre Road in Warwick Township.

The Kia continued to travel eastbound on Route 772 toward Lititz Borough. A Lititz police sergeant, responding in his cruiser to the Green Acre Road crash, was nearly struck by the speeding Kia.

In the borough, Route 772 turns into West Orange Street, where the crash happened. There, Slaymaker-Walker approached a line of eastbound vehicles slowed and stopped at an intersection by the school.

Slaymaker-Walker drove to the right of those vehicles, in a margin area of the roadway. The Kia struck three vehicles in a side-swipe fashion during that pass maneuver. The Kia then veered left into the rear of a Chevy Sonic, which pushed the Sonic into oncoming traffic where it was struck by a Nissan SUV.

The Sonic contained three students – Nicholson and Keeney were passengers, and the teenage male (who was seriously hurt) was the driver.

As stated earlier, since the crash, our office obtained much information on Slaymaker-Walker’s medical condition. We were provided information on epilepsy and seizures – specifically, and pertinent to this case, what a seizure event is, how long it lasts, and what happens to the patient before, during and afterward.

Based on the information provided, generally, most seizures often last only a minute or two. However, there is a state of confusion and fatigue that can follow, called a “postictal state,” when the patient is not fully conscious nor acting voluntarily.

The doctors who offered expert opinions on this incident reported that Slaymaker-Walker was having seizures in the week before Oct. 26, 2018, and likely on that morning as well – and that she was having a seizure, or a series of seizures, while driving before the time of the crash.

Additionally, the doctors opined, there is nothing to indicate Slaymaker-Walker was aware of the seizures occurring (during or after the fact). Also, she was under no driving restriction from PennDOT.

Finally, we cannot stress enough the devastating impact this tragedy had on victims, their friends and families, and the community.

We consider victim input in every single case we prosecute. This resolution, and any other possible resolution to this case, cannot ever compensate for the tragic loss of precious life for these families and the community. However, we must place emotions to the side and weigh all possibilities in arriving at a disposition that will offer essential protection to the community. Ultimately, the expert reports in this matter presented a significant challenge to succeeding at trial, and this resolution was reached with consideration of public safety being paramount.

“The charge amendment involved in this plea resolution in no way diminishes the unimaginable tragedy that took place on October 26, 2018,” District Attorney Heather Adams said. “The families and community will forever be impacted by this. My heart goes out to all as they continue to heal from the everlasting effects of this tragedy.” 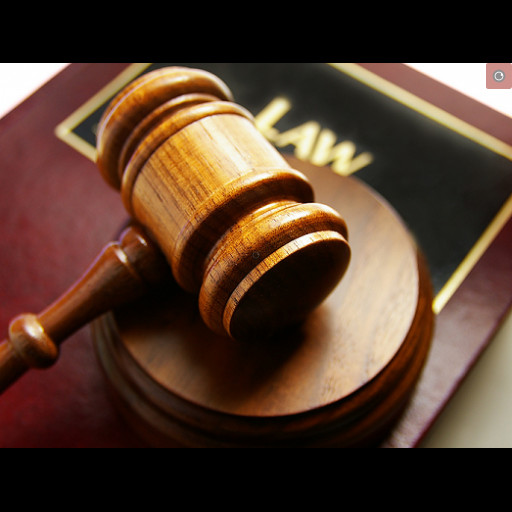