District Attorney Heather L. Adams held a press conference today on the investigative development released last night regarding the Linda Stoltzfoos investigation.  D.A. Adams was joined by members of the East Lampeter Township Police Department, Pennsylvania State Police, the Federal Bureau of Investigation and First Assistant Todd Brown and First Deputy Travis Anderson.  These individuals and their agencies have spent significant time and resources investigating the homicide of Linda Stoltzfoos who disappeared on June 21, 2020, after being kidnapped while walking home from church.  Justo Smoker was charged three weeks after Stoltzfoos’ disappearance with felony Kidnapping and misdemeanor False Imprisonment.  In December 2020, our office alleged that the passing of time, along with the complete cessation of all routine activities led to the inevitable conclusion that Linda was deceased.  As a result, Justo Smoker now stands charged with criminal homicide, felony kidnapping and false imprisonment relating to the death of Linda Stoltzfoos.  He is currently incarcerated at Lancaster County Prison awaiting trial on those charges.  Smoker is presumed innocent.

Yesterday, on what was the ten-month anniversary of Linda’s disappearance, members of the Federal Bureau of Investigation, East Lampeter Township Police Department and Pennsylvania State Police recovered human remains behind Justo Smoker’s previous place of employment, located on Route 41 in eastern Lancaster County.  While the Coroner’s Office has not yet made a positive forensic identification, based on all the information currently available to us, we strongly believe – and we are comfortable saying – that the remains are those of 18-year-old Linda Stoltzfoos.

The remains were recovered on railroad property in a grave and wrapped in a tarp yesterday afternoon.  Based on the discovery, the Lancaster County Coroner’s Office was called to the scene.  The scene was forensically processed, and the remains were released to the Lancaster County Coroner for official identification and determination of cause and manner of death.  An autopsy has been scheduled for Friday, however, a preliminary review of the body by the Coroner’s Office indicates that the body was consistent with that of a female of relevant age and was found with a dress, bonnet and shoes consistent with clothing worn by Linda on the day of her disappearance.

The District Attorney’s Office is unable to comment at this time on the specific details that led investigators to search this area yesterday, however, Investigators have reason to believe that Smoker originally killed Linda within hours of her kidnapping on June 21 and buried her behind the business on Harvest Drive in Ronks where Linda’s stockings and bra had previously been recovered.  Investigators have further reason to believe that Smoker subsequently moved Linda to the location behind his place of employment within several days after the homicide.

District Attorney Adams noted that law enforcement searched extensively for Linda’s body since June of last year utilizing multiple resources including troopers, communications teams and specialized search and rescue teams who searched with drones, K-9s, horses, ATVS, submarines and ground penetrating radar.  “There is simply no room for criticism of law enforcements efforts in this case” District Attorney Adams said.  The Pennsylvania State Police dedicated hundreds of man-hours to the search for the recovery of Linda’s body as did the Middle Creek Search and Rescue team, a team of trained volunteers performing search and rescue operations in South Central Pennsylvania.  In total, over 2,338 searchers participated in searches involving over 15,000 man-hours.

The property surrounding Smoker’s employment was subjected to searches and the area of the burial site had in fact been covered by the search.  The burial site itself is not on the business property and not easily accessible.  Investigators utilized cell phone records of Smoker’s whereabouts on the day of the kidnapping to guide many, but not all, of their searches for Linda.  Smoker’s place of employment was not a location of significant interest as, according to cellphone records, there is no indication that Smoker travelled to his place of employment on the day of the kidnapping.

District Attorney Adams stated that that efforts to recover the body have never ceased, “Since charging this case we have maintained two goals:  bringing Linda home to her family and securing a murder conviction against Smoker.  While we charged the crime of homicide in December, I have no doubt that for Linda’s family, her death only became a reality upon the news of her body being recovered” District Attorney Adams said.  We ask that the family be given privacy during this difficult time.  Our hearts go out to the family as they process this news, their grief, and the many emotions that it will bring.

This case has had great impact on the Amish Community, the community as a whole in Lancaster County and beyond.  Our office is aware that there is significant public interest in this case and in the coming weeks, we will be able to share more information regarding how Linda’s remains were discovered. 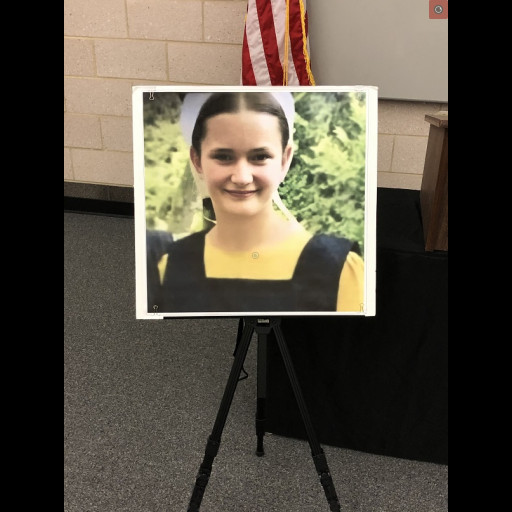