SPECIAL REPORT: New ‘Part of the Job’ for Police in Lancaster County – Saving Lives with Narcan

Protecting and serving the public are ever-evolving assignments for police officers trained to adapt with trending behaviors and perpetrator habits.

The outbreak of opioid addiction has prompted police officers across Lancaster County – and elsewhere – to spring into action when a dispatch leads to an individual who has overdosed.

Overdose response is now a routine part of police duties, along with taking calls for break-ins, assaults, and various other incidents on the public service spectrum.

The Lancaster County District Attorney’s Office obtained funding that provided the overdose antidote Narcan for all police departments, and by fall of 2015, every on-duty police vehicle carried at least a dose of the antidote.

Many departments are using Narcan weekly – some daily – even though most officers did not graduate the academy with the expectation of saving individuals after overdose.

It caused officers to train in best practices while also presenting a shift in public perception.

“In my experience, we (the police) are often perceived as the enemy of the addicted person,” said West Lampeter Township Sgt. Jeremy Schroeder, who has “saved” several people with Narcan doses.

Yet, the police response has been unwavering: countless lives have been saved by officers responding with Narcan.

Lancaster city police, responsible for the largest population in the county, have administered Narcan nearly 200 times in 2019.

Self-reported data from police departments countywide shows officers have used Narcan well over 600 times since 2015 – and that number is modest because the report is sometimes forgotten as officers move from call to call with required urgency. The real number is likely double, or triple, what has been self-reported.

Many police departments have dozens of “saves” to their credit. Some officers have that many individually.

Anecdotes of officers saving the same person multiple times are pervasive across the county. Just how pervasive illustrates the devastating impact of addiction.

The District Attorney’s Office continues to be active in the collaborative movement to find solutions based on individuals getting into long-term treatment and sustaining sobriety.

“Years ago, officers would be recognized for saving someone with an [automated external defibrillator],” said Sgt. Bryan Kondras of East Lampeter Township police. “Now, saving someone with Narcan is so commonplace and part of our regular duties it barely gets noticed.”

THE IMPACT OF SAVING LIVES

Yet the work has an emotional toll on officers, along with financial impact on emergency responders and medical providers often left with unpaid bills for response, transport and treatment costs.

In most cases, an officer or emergency responder cannot force someone to go into treatment, or even take an ambulance ride to a hospital. Often times, the person is just not ready for that submission to help, local police officers say.

But the impact of routinely seeing – and saving - people literally near-death, the officers say, is very real.

Part of that impact is frustration.

“I definitely wonder if they ever get clean,” Sgt. Schroeder said.

The District Attorney’s Office keeps a supply of Narcan for distribution to police, medics, teachers (not the general public).

ADDICTION EPIDEMIC NOT GOING AWAY

Police started self-reporting Narcan uses after the doses were distributed to all departments in 2015. Lancaster EMS compiled that data.

A supplemental reporting system, overseen by Pennsylvania State Police, launched at the beginning of 2018.

In the 22 months since launch, officers have filed reports on 615 overdose incident responses. At least 268 of those responses involved an officer using Narcan. (Again, consider the skew of self-reporting.)

While enforcement efforts are ongoing to target and incarcerate predatory dealers, we would be naïve to think the addiction epidemic will suddenly secede. Methamphetamine has become prevalent, along with drugs which have been available here for many years (e.g. cocaine).

That presents a potential economic issue down the line. Grant funding - which currently supports Narcan supply - cannot be depended on as permanent.

“We as a community need to look to the future and address the issues that we already know are going to occur,” Manheim Township police Chief Tom Rudzinski said. “Some very hard decisions are eventually going to have to be made.

“Where are the financial resources going to come from to continue to support the first responders, supply the equipment that is needed, and provide access to long-term rehabilitation?”

NOTE: This special report will include a series of stories on individual officers who have saved lives using Narcan in Lancaster County. The purpose of this package is to illustrate the scope and effect of addiction and the resulting impact on emergency-responders. 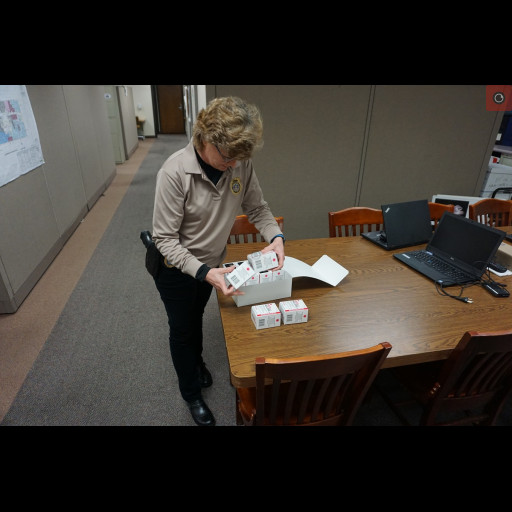 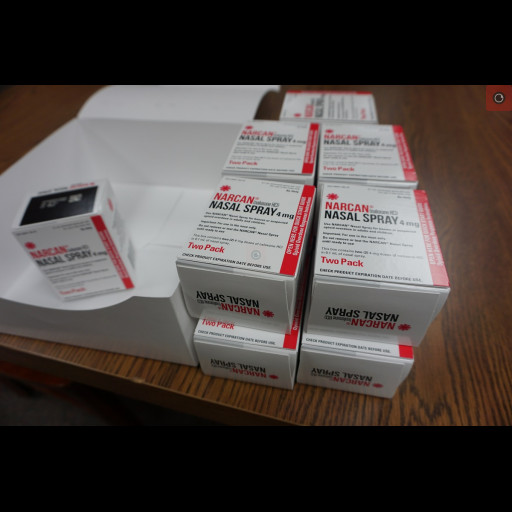