Our Response and Supporting Documents Regarding the BOC’s Baseless Statement

Here is our response to the Board of Commissioners’ ‘media alert’ released Wednesday. We take no pleasure in spending time responding to such baseless nonsense.

It appears the ‘media alert’ - written in haste (there is a period in the ‘headline’) - is nothing more than an irresponsible set of fabrications and inflammatory language.

We would rather rely on the facts and supporting documents, provided below.

This “media alert” is a rehash of baseless, inflammatory rhetoric containing fabrications and creations that we have responded to in the past with facts. This collection of fabrications is an utter disservice to responsible government.

Regarding a “secret lease”:  Nothing has been leased in “secret.” In fact, the County Controller specifically authorized the lease in advance in writing and the Board of Commissioners (BOC) know this.

Not a single lease or purchase by any District Attorney, past or present, using forfeiture funds has ever gone though county procurement because the law quarantines the BOC from the process. The Controller provided a memo stating this.

Moreover, in the past few months, the BOC signed checks for purchase of five DTF vehicles outside of the procurement process – the same procedure they say was improper regarding the lease, and the existing purchase procedure in this county for thirty years. The county commissioners signed the checks for those vehicles after being informed by the Controller specifically what they regard. Thus, it is beyond absurd for the BOC to claim improper procurement when this is the way it has always been done - before and after the lease - and up to as recently as a few weeks ago by this very BOC.

Many other DAs, to include Dauphin County and Philadelphia, have taxpayer-funded vehicles because they need them to do their jobs because DA’s are on call 24/7 and 365. Similarly, all county detectives, the Sheriff, and the Coroner’s office have taxpayer funded vehicles. DA Stedman spared the taxpayer and is not alone in the use of forfeiture funds, (not taxpayer money) for non-exclusive access to a work vehicle. Numerous other DAs have forfeiture-funded work vehicles which are specifically authorized by federal forfeiture guidelines.

As for the forfeiture records, our accounts are audited every single year by the Lancaster County Controller and state Attorney General. They have found full compliance every year for every single expense, to include the lease. There simply has been no misuse of funds. Forfeiture funds are not taxpayer dollars; they can only be used by DA’s to fight crime.

A brief glance at these audit records reveals that the BOC absolutely knows that we have been in compliance every year because they are provided a copy every single year. To suggest, as they have done here, that there are improprieties and/or illegalities is not only demonstrably false but a knowing lie to the public.

Additionally, we have opened our boxes of unredacted receipts to the BOC and the media and provided the general public categorized listings of forfeiture expenditures since 2000. If the BOC actually believed there were any improprieties, all they had to was walk over and look for themselves instead of unleashing false accusations.

The BOC suggests this office needs to release all forfeiture records, but ignores the fact that to disclose is all these records is not only prohibited by law but could get someone killed because these records include the names of undercover detectives and other information which, if released, would endanger lives and/or cases and/or simply cannot be released.

Regarding money “owed to the county”: this is completely false. There is no outstanding bill for any expense nor has anything been requested. This is just pure fiction. As the County Controller has stated, this matter was satisfied at his direction and there is no outstanding balance. The county solicitor approved said resolution.
Further, there is no existing county policy regarding an employee’s paying for gas for a non-personal vehicle. Also, county employees are not required, or even asked, to submit receipts attached to mileage claims. Thus, this is another stunning accusation.

Finally, the district attorney was provided a fuel card but never used it a single time. There simply was no attempt to receive excess reimbursement and any issue was resolved at the direction and approval of the Controller and Solicitor – and the BOC knows this.

It must be made clear that the lawsuit is not for money. There is a clear dispute over lawful authority in certain areas - entirely created by the BOC - and the court is being asked to clarify the issues. The court is taking this so seriously they have listed it en banc: meaning every member of the court will be present. Regardless, once again this is a matter before a court and there is a process.

As a representative of this office, I will avoid responding to all the specific uses of inflammatory language in this “media alert.” Our office deals in facts and it would be disheartening if such baseless claims are taken at their face when we have provided disproving facts.

As to the name calling of DA Stedman, who has devoted his life to keeping the people of this county safe, the victims of crime for which DA Stedman has been a zealous advocate for decades and the police who he works with on a daily basis, would strongly disagree. It would be those opinions which carry much more importance in no small part because those opinions are based on proven accomplishments and actual facts. 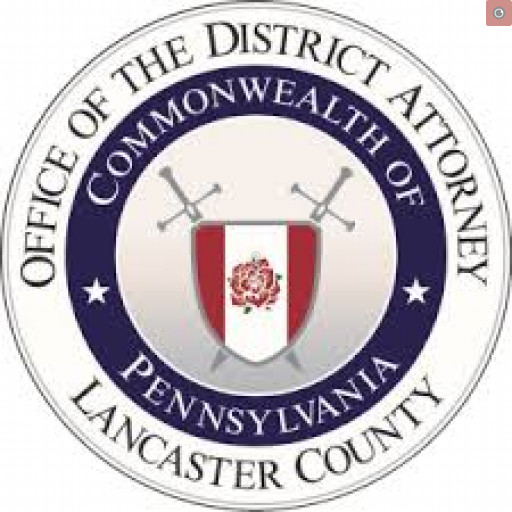