A police officer who fired at a man during a standoff in Manheim Township was justified in using deadly force, Lancaster County District Attorney Heather L. Adams has ruled.

The non-fatal shot fired by the officer resulted in a superficial wound to the suspect, who then shot and killed himself after an hours-long standoff with police.

A review of the evidence gathered by the Pennsylvania State Police indicated that Craig Kevin Bush discharged a firearm from inside a home as police tried to make contact with the occupants after being dispatched for a domestic incident in progress.

Later, as police entered the bedroom to arrest him, Bush posed a threat to the officers and the female victim by raising a firearm.  In response, the officer shot at Bush to neutralize the threat that Bush posed.  The shot from the officer grazed Bush’s right side and was a non-fatal wound.  Bush simultaneously turned his firearm on himself and fired a single shot and died from this self-inflicted gunshot wound to the head.

In accordance with internal policy, the District Attorney’s Office will not name the officer as he is not being charged with any crime.

The incident began on December 8, 2020, at approximately 8:08 p.m., when a man called 911 on behalf of his sister who told him that her boyfriend was “going crazy.”  Manheim Township officers responded to a residence on Knollwood Drive, Manheim Township, Lancaster County.  Officers knocked on the door numerous times and heard screaming from inside the residence.  Officers then saw a female in a second story window.  The female yelled, “He has a gun!” and then disappeared from the window.

Immediately thereafter, Officers heard a gunshot and saw a muzzle flash inside the residence.  This shot exited the window frame and travelled in the direction of Manheim Township Police Officers positioned outside the home.  Police later learned this shot occurred after Bush threatened to kill himself, at which time he indicated that he was not going to jail and pointed the gun at the victim.  A struggle ensued when the victim pushed the gun away from her which resulted in the shot being fired.  Repeated verbal attempts by police to determine whether anyone inside the residence was injured went unanswered.

Officers on the scene retreated and the Lancaster County Special Emergency Response Team (SERT) was called for assistance.  SERT team members attempted to peacefully resolve the situation.  A crisis team tried numerous times to contact the occupants of the residence via phone and social media, in an effort to safely remove the occupants from the house.

During the standoff, the female again appeared at the window where the officers heard her yell that Bush “killed” or “will kill” himself.  Police requested that she exit the building, but she stated that she could not.

After a prolonged period and after continued but unsuccessful attempts to contact the occupants, SERT entered the home to ensure the welfare of the female victim.  A team of officers approached a second-floor bedroom and forced entry.  The first officer who entered the room observed Bush on his knees, behind a bed, with his back toward him and looking out the window with his right hand obscured.  This officer began issuing commands for Bush to show his hands.  Bush turned around toward the officer and raised a semi-automatic pistol.

A second officer also entered the bedroom after the first officer and observed Bush on his knees in front of the window and looking toward him.  The second officer observed the gun in Bush’s hand and witnessed him begin to raise the firearm.  At that time, this officer fired one round at Bush’s center mass, causing a non-fatal wound as Bush completely raised the firearm to his head and discharged the firearm, causing a fatal self-inflicted wound.

County SERT team medics were summoned but no life saving measures were taken as Bush was determined to be deceased.

“I have concluded that the officer was completely justified in discharging his weapon, which resulted in a non-fatal and superficial wound to the suspect,” District Attorney Adams stated, “The suspect clearly placed SERT members and the victim in the residence in danger of death or serious bodily injury and created a situation where the officer was justified to use lethal force in self-defense and defense of others.”

The Coroner later determined the cause of death to be a gunshot wound to the head and the manner of death to be suicide.  The firing officer’s bullet caused a grazing wound to Bush to his right upper torso.

The female was subsequently located hiding in the closet of the bedroom and was safely escorted out of the room by police after the shooting.

The shooting came near the end of a five and a half-hour standoff with Bush who refused to show himself or communicate with police or allow the female to leave the residence.

Pennsylvania State Police investigated the shooting incident and Assistant District Attorney Mark Fetterman assisted in the review of the case. 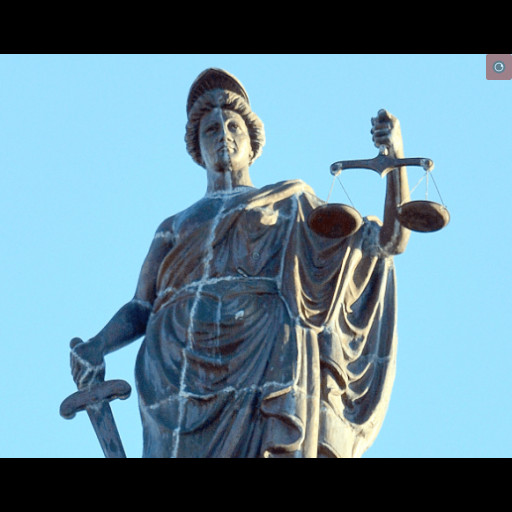