The effects of drugs are not as easily recognizable as with alcohol, so DREs are crucial in investigating and prosecuting drug-involved DUI charges.

A DRE officer is trained in detecting the signs and symptoms of drug influence. DREs are generally called to assist police officers when a driver is stopped for suspected impaired driving. DREs will conduct evaluations to determine whether the driver is in fact impaired, and if so, what category of drug(s) are involved.

Lititz Borough police Officer Tyler Weinoldt recently completed his certification and is now able to work in the field.

There are 190 DREs in the state of Pennsylvania – less than a single percent of all police officers are certified, having completed a very rigorous training and testing process.

Now more than ever, DREs are vital in protecting residents from the devastation of DUI-related crashes.

Over a quarter of all DUI cases in Lancaster County involve drugs. Last year, 26 percent of the county’s DUI caseload involved drugged drivers.

With the ongoing addiction epidemic, which includes widespread use of opioids and methamphetamine, the reality is some individuals with addiction issues are getting behind the wheel of a vehicle.

“We would be foolish to think individuals using these extremely potent and dangerous drugs are using sound judgement when it comes to driving a vehicle,” Lancaster County District Attorney Craig Stedman said.

Law enforcement expects drugged driving cases to increase with the availability of medicinal marijuana, and if the push to legalize recreational marijuana comes to fruition.

Marijuana-involved traffic fatalities have doubled in Colorado and Washington since legalization in those states, according to AAA and Washington Traffic Safety Commission.

Officer Weinoldt has been recognized as a “Top Gun” for his involvement in numerous DUI cases prior to his DRE certification.

“His abilities have led to the detection, investigation, arrest and successful prosecution of impaired drivers, who were removed from our roadways before tragedy could strike,” said Lititz police Sgt. Jared Hahn, the county’s first municipal department officer certified as a DRE.

The typical procedure for drug-related DUI stops in Lancaster County involves: a driver being stopped by police; the police investigator who suspects drug use, if not a certified DRE, will summon a DRE for arrangements for testing of the driver.

Since being certified in 2010, Sgt. Hahn has performed over 500 testing evaluations.

Assistant District Attorney Ande Gonzalez coordinates with the DREs and is involved in their training process. Gonzalez is the only prosecutor in Pennsylvania certified as a DRE.

“The availability of DRE-certified officers is our greatest tool in combating the very real danger that drug-impaired drivers pose to the community,” ADA Gonzalez said. 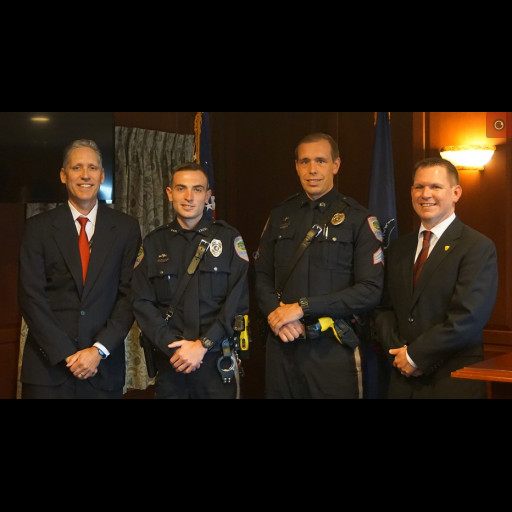