A Leola couple is charged with selling heroin containing fentanyl to a Warwick Township man who died of an overdose in April.

March, 46, and Faus, 31, sold the 45-year-old victim multiple bags of heroin on April 8 at a local Wal-Mart. The victim consumed the bags and was found dead at his Hackman Road home on April 9.

District Judge Tony Russell arraigned March and Faus Monday morning and set bail at $50,000 apiece, which was not posted.

The investigation is ongoing.

At the overdose scene, police found evidence of drug use, including empty, “plain white” baggies consistent with packaging of heroin. Police also recovered the victim’s cellphone.

Police learned the victim had bought heroin in the past from a co-worker, identified as Kevin March.

Forensic analysis uncovered cellphone correspondence between the victim and March and March’s fiancée, Jessica Faus. There were text-message exchanges regarding the purchase of heroin.

March and Faus admitted to selling the victim multiple bags of heroin – in “plain white” baggies.

An autopsy revealed fentanyl and a byproduct of heroin in the victim’s system.

March and Faus are presumed innocent. 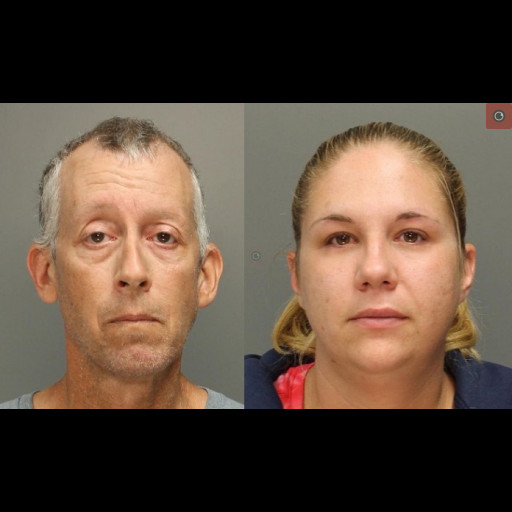