Lancaster County’s new First Assistant District Attorney aspires to visit the birthplaces, homes and gravesites of every United States President – he’s about halfway through the list.

Millard Fillmore’s birthplace in (far) upstate New York could be the toughest venture due to its isolation, Travis S. Anderson says. (And it could be the hardest sell to his wife, who accompanies on each excursion.)

That can be a trying task in Lancaster County where offenders range from an Amish man charged with DUI to a savvy big-city drug dealer using Lancaster as a thoroughfare to selling turf.

“We have the Turnpike pass through the northern part of the county, and we sit close to several major cities and multiple well-traveled drug trafficking routes,” Anderson said from his office, the ceramic faces of about a dozen past Presidents affixed in his direction. “All of that adds up to a variety of different types of crime.”

Anderson has just about run the gamut in his seven years since joining District Attorney Craig Stedman’s office.

The range was represented in his two recent first-degree murder verdicts: Lucas Newnam and Victor Tirado. Newnam was a meth dealer who killed an acquaintance with a shotgun blast, then hid out in the woods near his home in rural Salisbury Township; Tirado coldly shot a man in the back of the head in a Lancaster city parking lot.

It is all serious business. Yet Anderson’s demeanor is tempered but jovial – his widespread knowledge of things beyond history and law is obvious, and he seems very fascinated and eager to be talking about any of it.

You might not guess, after a quick conversation, that he is 35 years old. Anderson’s temperament, wisdom and experience played large in Stedman choosing him as successor to Christopher Larsen, who filled the first assistant post since Stedman was elected DA in 2008.

Anderson’s approach to prosecuting and the purpose of criminal law perhaps played even larger in the decision.

“Travis has a great feel and awareness of criminal trends and behaviors in Lancaster County. We are a unique community, and that includes the sort of crimes committed here,” Stedman said. “Travis has done a lot in seven years. He knows what it takes from being involved in many types of cases.

“And his peers and colleagues respect him. They like him – Travis is one-of-a-kind – and he has earned their respect and loyalty.”

Deanna Weaver, an advocate in DA Stedman’s Victim/Witness Services department, has worked with Anderson in several cases, teaming to guide victims through the court process.

“Travis has proven himself a leader by his work ethic, interpersonal skills and wealth of knowledge,” Weaver said, “all the while remaining a humble, calm, and approachable co-worker.”

As First Assistant, Anderson will keep his caseload of major crimes, but now also assumes a leadership role and administrative duties.

“I plan on taking a hands-on approach to the management of the office’s personnel,” Anderson said. “My intent is to foster an environment of collegiality, mentorship, and collaboration.”

Prior to joining the DA’s Office, Anderson spent three years as assistant counsel for the Pennsylvania Department of Corrections, representing and advising correctional staff.

He saw a lot in visits to about half of the state’s 24 correctional institutions. His duties involving visits to the administrative-custody cell blocks, where the most disruptive inmates lived, were particularly memorable.

“I had to deal with issues caused by some of the most violent and notorious criminals in Pennsylvania,” Anderson said.

And many of those offenders, Anderson believes, exhausted all opportunities for reform - their violent, antisocial behaviors serious threats to law-abiding citizens.

With lower-level and non-violent offenders is where finding the balance can be especially tricky for a prosecutor.

“Incarceration is not a miracle cure for criminality, nor is it even a productive option in many low-level cases,” Anderson said. “For low-level offenders, incarceration is generally only useful when the offender has shown that they are unwilling or unable to participate in community-based treatment programs.”

While Lancaster County has traits all its own, the criminal behavior here does have a commonality at its root: drug use.

As much as he learned during his time with the DOC, Anderson said his interactions with crime victims shaped him as a prosecutor.

“He exhibits a strong commitment to the job and always places the concerns of the victim as a priority,” said Columbia police Chief Jack Brommer. The two worked together on a number of cases, including the prosecutions of Marquell Rentas and Trenton Nace, charged with shooting at several police officers in Columbia in 2016.

Rentas was sentenced after a trial; Nace pleaded guilty.

Outside of court, Anderson remains on the quest to stand where our presidents once stood and pay his respects where they now rest.

In a recent visit to Anderson’s office, I perused a bobblehead lineup of Presidents and what Anderson called “official Jimmy Carter campaign memorabilia.” (To me, it was a smiling peanut.)

When the conversation shifted back to what Anderson hopes to accomplish as second-in-command, he earnestly discussed the uniqueness of a prosecutor’s role. 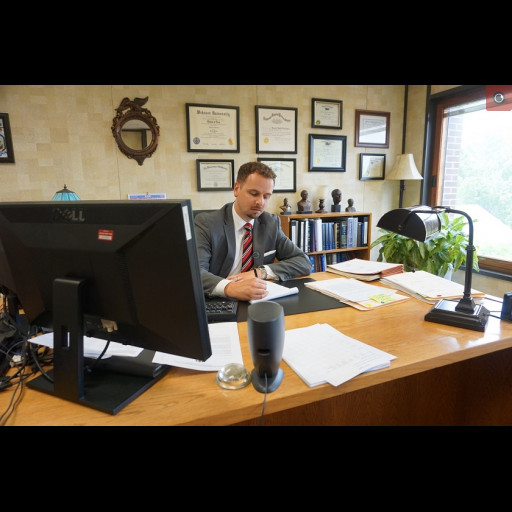 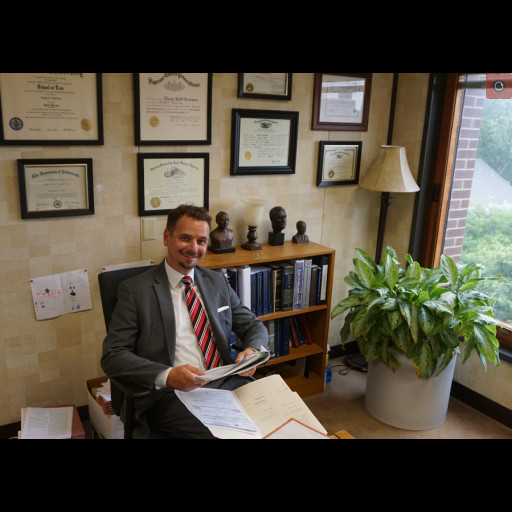