The Lancaster County District Attorney’s Office is announcing the findings from an investigation of a police-involved shooting Sept. 13 in Lancaster city.

Ricardo Munoz, a 27-year-old city man, was killed by a Lancaster city police officer who fired four shots in the 300 block of Laurel Street.

Lancaster County District Attorney Heather Adams reviews all police-involved shootings in the county, which are investigated by Lancaster County Detectives, and makes a determination on whether the use of force was justified under the law.

In this incident, District Attorney Adams determined that the officer was clearly justified in firing four shots at Munoz, as Munoz chased him with a large knife – clearly presenting a threat to the officer’s life.

The firing officer acted to preserve his own safety and the safety of others.

Body camera footage from the firing officer was a key piece of evidence in this investigation. That footage shows:

- There was no interaction between Munoz and the officer. The officer simply responded to the 911 dispatch, arrived, and approached the door.

- The officer had no time to speak with Munoz, as he immediately charged the officer with a knife.

- Between four and five seconds elapsed from the time Munoz emerged from a doorway, chasing the officer, to when the officer fired shots.

- Munoz was within approximately 4 to 7 feet of the officer – while continuing to charge at him – when the officer fired.

“The responding officer was immediately confronted with a threat at 306 Laurel Street on the afternoon of September 13,” District Attorney Heather Adams said. “The officer had no time or opportunity to do anything but run for his life and only resorted to lethal force when he confirmed an imminent threat to his life remained. The officer’s belief that lethal force was necessary to defend himself was reasonable and therefore, the use of force was justified under the law.”

Injuries from the gunshot wounds killed Munoz immediately, according to the forensic pathologist who performed Munoz’s autopsy.

Some other key factors in DA Adams’ determination are:

- Munoz responded to the officer’s mere presence on the scene by charging the officer with a knife. There was no interaction or exchange of words between Munoz and the officer, prior to Munoz’s blitz attack on the officer.

- When Munoz suddenly emerged from the doorway of 306 Laurel Street, Munoz clearly held a knife and the officer saw it. Munoz immediately and without warning charged and chased the officer and the officer ran for his life.

- After running a few strides, the officer looked back and saw Munoz was still rapidly pursuing him and was right behind him – with the knife above his head. There is no question that Munoz presented an immediate threat to the officer’s life and that the officer acted to prevent death or serious bodily injury, as permitted by law.

- At the time shots were fired, Munoz was within 4 to 7 feet of the officer. The time that elapsed from when Munoz appeared in the doorway to the officer firing was a mere 4 seconds.

At the scene, police recovered a large fixed-blade, hunting-style knife next to Munoz’s body, which he used in his charge at the officer. (Photo attached.)

Police responded to the residence after Munoz’s sister placed a 911 call at 4:13 p.m. and requested police assistance due to Munoz being “very aggressive” and attempting to break into his mother’s home (according to the sister).

Also attached are photos of:

- The knife, and Munoz holding it as he charged the officer

- Munoz walking on Laurel Street (just before the 911 call)

A team of Lancaster County Detectives, led by Chief Detective Kent Switzer, responded to the Lancaster city police station and the scene that evening and conducted an independent investigation. That investigation included reviewing video, interviewing the officer who fired the shots, interviewing witnesses, processing the scene, collecting evidence, and conducting a neighborhood canvas for any additional witnesses and/or video evidence. This investigation continued over the next few weeks.

District Attorney Adams reviewed the materials gathered in the investigation and made a determination on the use of force.

“Anytime an officer uses deadly force it is a traumatic and emotionally charged event in our community, and a life-altering tragedy for the families directly impacted by the use of force,” District Attorney Adams said. “We are asking that any response to this announcement be peaceful and with regard for the safety of our neighbors and for peace in our neighborhoods.”

We are very sympathetic to Mr. Munoz’s family and what they have been going through as a result of this incident. Their lives are changed forever. We offer our condolences to the family during this difficult time.

Prior to a public release of information on Oct. 14, our office reviewed the investigation and findings with the Munoz family and their counsel.

As we move forward, let us not forget that our law enforcement officers, who are sworn to protect and serve, are forced to make split-second judgements in situations that evolve very rapidly. An officer-involved shooting is the most traumatic event an officer will encounter during service. Our thoughts are with this officer as he continues to cope with what happened on Sept. 13.

The name of the officer will not be released since the shooting was justified. Had our independent investigation determined that a crime was committed, and charges were warranted, then the officer’s name would have been released at the time of the announcement of charges. That is clearly not the case here. 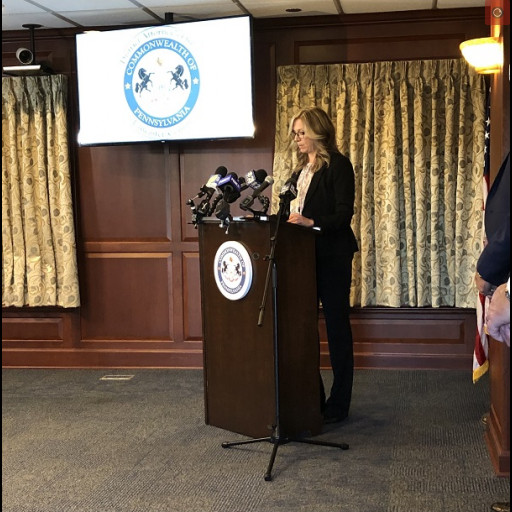