District Attorney Heather Adams announced the hiring of two new County Detectives who will head the Lancaster County Drug Task Force, each bringing decades of supervisory and narcotics investigative experience to the job.

Kurt Montz, a former Regional Director with the Office of Attorney General’s Bureau of Narcotics Investigation and Drug Control Unit and Detective Supervisor in charge of the Schuylkill County Drug Task Force, has been named the Detective Sergeant for the Lancaster County Drug Task Force.  Montz began working April 5, 2021, replacing an interim officer who had been running the unit for the past year.  Montz worked at the Office of Attorney General for 24 years, the majority of which was served as a supervisor responsible for managing and directing all regional narcotics investigations.  Montz retired as a Deputy Chief in charge of the Bureau of Narcotics where he oversaw 150 Agents assigned to the Narcotics Division.

Supporting Montz will be Daniel Dutch, who joined the office this week in a new position of Detective Corporal for the Drug Task Force.  Last year, in an effort to improve the structure of the Lancaster County Drug Task Force, District Attorney Adams received approval from the County’s Salary Board to regrade a current county detective position to that of Corporal.  This position will be responsible for overseeing the daily operations of the officers in the Drug Task Force.  Dutch retired from the Philadelphia Police Department after 31 years of service where he most recently served as a Lieutenant.  Prior to this, Dutch spent 16 years as Sergeant of the Intensive Drug Investigative Squad where he supervised numerous large scale drug investigations and built a rapport with many local, multiple state and federal agencies.

“Both of these men will bring leadership and a wealth of narcotics investigative experience to a very dedicated and eager group of officers on the Lancaster County Drug Task Force,” District Attorney Adams said.  “Both are well-suited for their respective roles and having leaders with such experience and expertise will ensure that the task force continues its efforts to eliminate drug trafficking here in Lancaster County.”

The Drug Task Force is the main agency in Lancaster County devoted to stopping the flow of illegal drugs into the county by targeting mid to upper-level dealers.  The task force currently has three county detectives and seven municipal officers but is seeking to increase the compliment of municipal officers to ten.  However, even with the temporary reduced number of staff, under the direction and leadership of an interim Sergeant promoted from within the task force, the officers in 2020 outperformed previous units.  During the first quarter of 2021 alone, Drug Task Force officers arrested 24 individuals and seized 27 firearms and over $121,000 United States Currency.  Also, during this time, officers seized approximately 5 ½ pounds of methamphetamine, 25 grams of fentanyl and heroin, 32 grams of cocaine, and 24 pounds of marijuana.

Finding a more equitable and sustainable funding model for the Drug Task Force remains a priority for District Attorney Adams, who added that “our municipal and county partners can be assured that with strong leadership in place, the Drug Task Force will be an effective, efficient and professional unit for years to come.” 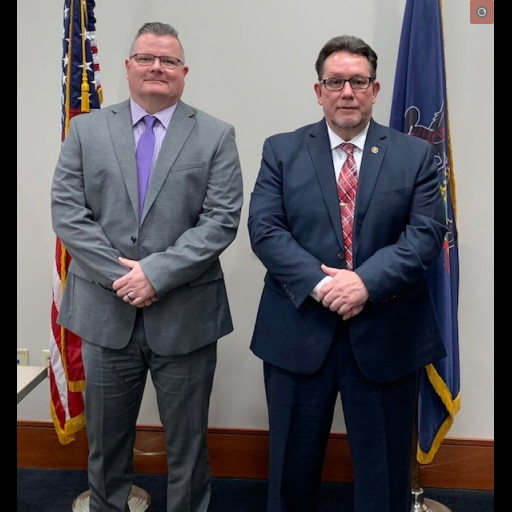