Lancaster County District Attorney Craig Stedman announced Thursday sweeping changes in the way animal cruelty will be policed and prosecuted in the county, along with the filing of charges regarding neglect of a puppy, Libre, rescued last month from a Quarryville farm.

Stedman called cruelty laws in Pennsylvania "insufficient" and said they have been for years. Stedman will push for a change in cruelty laws and will invoke immediate procedural change in the way animal cruelty is investigated in Lancaster County.

"Animals in Lancaster County are better off today than they were yesterday," Stedman said at a press event Thursday morning in downtown Lancaster.

Here's what was outlined at the press event:

Pennsylvania State Police filed a citation Thursday regarding neglect of a puppy Libre, rescued in July from a farm on Conowingo Road in Quarryville.

Benjamin S. Stoltzfus, 33, is charged with a summary count of cruelty to animals for failure to provide adequate veterinarian care to Libre, who suffered severe physical distress due to that lack of care. The puppy suffered from multiple ailments. Stoltzfus admitted to police to not providing care and, additionally, to leaving the dog in a kennel where Stoltzfus believed the dog would die.

The filed summary citation was the maximum allowable offense.

On Thursday, a petition was filed by District Attorney Craig Stedman’s office seeking suspension of Susan P. Martin’s appointment as a humane society police officer for the Lancaster County SPCA. In the petition to Lancaster County’s President Judge, the Commonwealth alleges that Martin has conducted her authority to enforce cruelty laws in a “substandard” fashion.

The President Judge has authority to take action on the petition following a hearing on the matter.

District Attorney Stedman announces change in procedure regarding policing, enforcement and prosecution of cruelty offenses in Lancaster County. Enforcement, for the time being, will no longer be done by SPCA personnel.

Lancaster County Detective Joanne Resh will serve as a general point of contact and assisting investigator in instances of suspected animal abuse. Pennsylvania State Police and municipal police departments will investigate and charge in cases in their respective jurisdictions.

1. Harsher penalties for animal cruelty offenses: District Attorney Stedman will be asking legislators to make changes in current cruelty law statutes. Specifically, increases in grading of such offenses and in potential penalties, upon conviction.

For example, the beating or abuse of a domesticated animal of another is a summary citation, which commonly carries a fine upon conviction. DA Stedman seeks to increase the grading of such an offense.

2. Change in cruelty enforcement officer standards: Currently, cruelty officers are appointed by Lancaster County’s President Judge, if the aspiring officer has completed the required hours of specified training. There is no background check and no feedback is solicited from the district attorney, per current law. The district attorney is pushing for a makeover to that procedure. Background checks should be standard and the district attorney should have a voice – not veto power – in appointments of cruelty officers, whom have arrest powers and authority to enter private properties and seize animals and/or property. 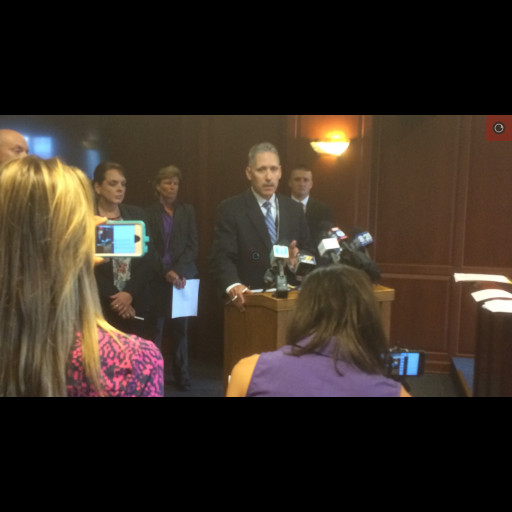