A third-degree murder charge was withdrawn Friday regarding a fatal shooting July 29 in Columbia.

The charge was initially filed against 17-year-old Antonio Acosta after 19-year-old Nicholas Mills was shot to death at his North Third Street home.

Mills was shot by Acosta once in the upper body. Mills collapsed outside the home.

When the original charges were filed, our office indicated an amendment to charges was very possible; the investigation was ongoing and the police were aware that there was a lot of information yet to be obtained.

At the time of initial charges, there was probable cause to support a third-degree murder charge.

As the investigation progressed, police were eventually able to speak with witnesses at the home that night, including the only surviving adult witness, who could not be located initially.

In addition to those interviews, an examination of cellphone evidence was performed in recent days.

No new information was revealed regarding who was the shooter. However, there were corroborating reports that Acosta removed the magazine from the pistol when the adult witness warned him not to play with the gun.

Also regarding the July 29 incident:

A 17-year-old Lancaster County boy was charged with involuntary manslaughter, receiving stolen property (regarding a firearm), and persons not to possess firearms.

We are prohibited, per the Juvenile Act, from releasing the name of the charged juvenile and other details about the charges.

We are aware that we have the option of petitioning a juvenile case to be tried in criminal court, when certain applicable circumstances exist. We are exploring that option in this case.

The juvenile is presumed innocent. 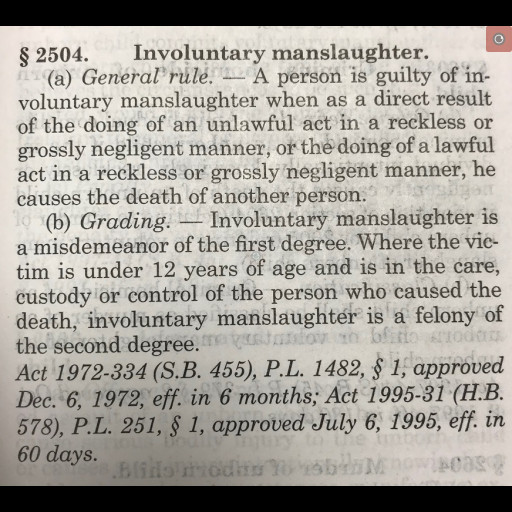